A Snow Day Without The Snow 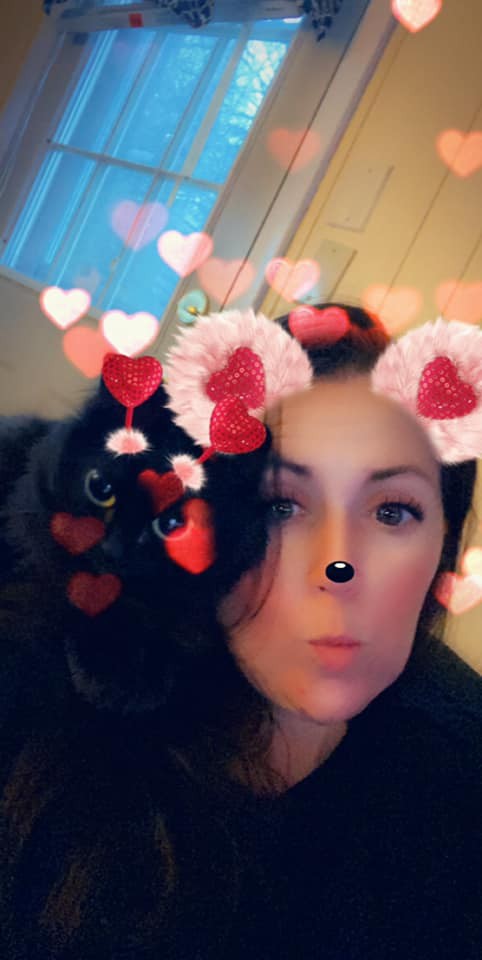 Before I became a parent, I had some basic parenting expectations for myself. For example, I was quite positive that my children:

Once I became a parent, however, that list quickly got tossed into the garbage.

Parenting, it turns out, is something that you can never fully pr epare for or predict. I am often making things up as I go along, course correcting and adjusting as I evaluate how I am handling the monumental task of parenting. Most days I feel like a total failure but sometimes, every once in a while, everything falls into place and often, when it does, it’s because I listened to that little feeling in my gut — my intuition.

Two nights ago, after a weekend full of sports game, field clean up, work, errands and kitchen painting, my 8 year old laid in his bed and sobbed in my arms about how all he wants is “one day to just do nothing.” He was tired of school, tired of sports, tired of running errands, tired of having to clean his room.

His gas tank was empty.

I talk about this concept a lot with my patients — the notion that we are like cars (crude comparison, I know) and if we don’t take care of our cars and fill them with fuel, eventually they will sputter and leave us stranded on the side of the road. My little guy was very quickly running out of fuel and was close to breaking down on the side of the road. With my patients, we brainstorm ways to refuel ourselves. For some of us, it’s exercise, for others it’s time with friends, for others it’s time alone. For my insightful 8 year old, he had identified that what would refuel him was a day to just be a kid.

My initial reaction was to validate his feelings and commit to finding a time to take a day off together but as we talked, I felt that feeling. You know the one: that intuitive, instinctive feeling in our bellies or our chests that is left over from evolution. Usually it tells us what we need to know in critical moments — like when we are in danger. But, if we listen, it can also help guide us in our decision making process and let us know which decision is the “right” one. My gut was telling me that I needed to make time now.

I tucked him in to bed and then set to work rearranging my schedule so I could be home the next day. When he woke in the morning, I invited him to stay home with me and have his day off. He smiled bigger than I had seen in a few weeks, hugged me and ran into the living room. I also invited his older brother, who had been fighting off a virus, to stay home as well. It took him a good 30 minutes to make his decision but he also ultimately decided that he could use a day off too.

You read that right. I let my children miss school and neither of them were physically sick. But, I would argue, both of them were mentally and emotionally running out of fuel and needed some time off. After all, mental health and emotional health are just as important as physical health. In fact, they could be MORE important than physical health as it has often been suggested that when we are emotionally and mentally run down, we are more susceptible to illness.

The rules of the day off were quite simple — there were no rules. Also, there had to be fresh baked banana bread (per my 8 year’s old request.) We stayed in our pajamas and sweat pants for the day, ate fresh banana bread and just “were.” The boys played games, watched tv, made funny pictures on Snapchat, played video games, drew, colored and played outside. It was like a snow day, the blizzard kind, where the roads get closed down and everything pauses. Except there was no snow and no need to shovel.

As dinner time rolled around, I found myself reflecting a lot on the day. My boys were smiling and their fuel tanks were refilled. I also noticed that my fuel tank was much more full. Hearing my children just be children and do the work of children — play — was a beautiful thing. If we, as adults, can take a breath and really evaluate our lives, we probably will find that we could benefit from more snow days, minus the snow, in our lives.

No matter how busy our lives are, we all can find a way to fit some snow days into our schedule.

Sometimes the laundry, dishes, phone calls, bills, errands and work can wait. Sometimes it is ok to ask others for help. What would happen if we let the dishes pile up or left the stack of bills on the counter or left the laundry in the baskets or let those calls you need to return wait a few moments?

I suspect that for many of you, you are running on fumes now. You are flying down the highway at 90 miles an hour, seeing your gas needle nearing closer and closer to “E.” Yet, you are ignoring it, hoping that you can run on fumes, “just” a bit longer. Pull over now and fill that tank.

Look around at your life. What is truly most important? What fills your tank? How can you make room in your schedule this week to fit in some of these activities?

None of my hospice patients have ever looked at me while approaching their final days on Earth and admitted that they wished they had worked more, kept a cleaner house or spent less time with their loved ones. No. It’s the opposite. Almost everyone I have been with at the end of their lives shares the same sentiments — it’s the small things that matter in the end — time with children doing nothing, time with friends over coffee, tea or wine, lazy mornings with their partner. It turns out that often the things that refuel us are also the things that we treasure and need the most.

Stop putting you and your own needs last. Make your own snow day!