Published by Danielle Sherman-Lazar on December 17, 2020 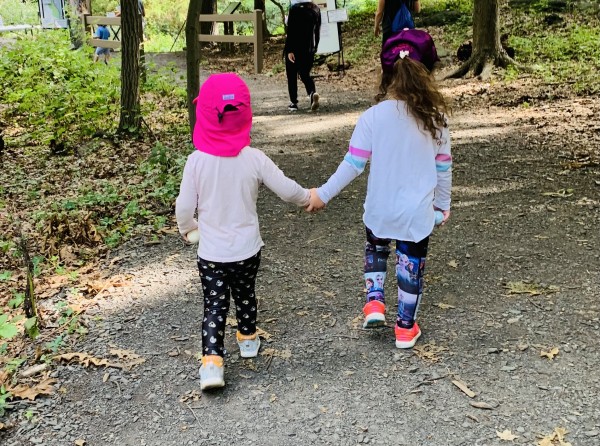 The other day my kids had a playdate.

They were playing outside, pretending to be a family, when one of the kids said no one could play except for himself and his sibling.

So, with tears in her eyes, my daughter grabbed her sister's hand and went to the other side of the playground and said everyone could play except for HIM.

She pointed at him as his sibling ran toward my daughter to play with her “group.”

Here’s where I stepped in.

“You’re going to include him, or no one's going to play at all because that's what we do.”

“But mommy, he didn’t include us,” she protested.

“But it doesn’t make it right.”

“Fine, he can play,” she huffed and went up to him, grabbed his jacket sleeve, and pulled him over to where the others were.

Because I want my children not to perpetuate hate and exclusivity.

Because I'm tired of hearing a version of this heartbreaking story over and over again from kids AND adults alike.

Because I want to teach my children to promote kindness among their peers.

Because I do believe that kindness is contagious.

Because I want to empower my children to act as includers NO MATTER WHAT.

Because I want her to take the bad feelings, she got when she was excluded and remember them when she’s tempted to exclude others herself.

Because I want to raise good humans who make this world kinder.

So, I’m teaching my kids that you include everyone, even when someone leaves you out first.

Five Ways to Teach Teens to Be Kind
On Raising A Kind Person, Not A Kind Man
Teaching Kindness to Children in 3 Steps
advertisement

Five Ways to Teach Teens to Be Kind
On Raising A Kind Person, Not A Kind Man
Teaching Kindness to Children in 3 Steps