I wanted silence, until I had teens 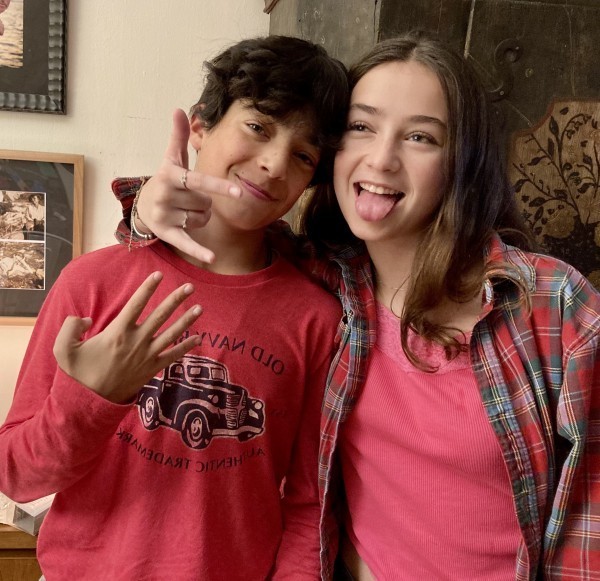 Life with teens is often silent.

I never imagined it could be this way.

When my children were younger my favorite game was hide and seek, only I wouldn’t look for them right away. Instead, I’d savor the rare moments of calm before retrieving them from behind a bedroom door, inside a laundry basket or under our dining room table.

Another favorite game was “log” which was a competition to see which of them could do the best and longest imitation of a piece of wood.

I was that desperate for quiet.

The onslaught of needs and tantrums was an impossible-to-tame storm, boisterous and unpredictable. My go-to tactic was often subterfuge or avoidance: calling my husband to say I was running late while sitting in a parked car or asking my children to get something from the other room, which I had hid.

Yet now that my son is 13 and my daughter is 15, I long for the very things I used to wish away.

The crying when I left.

The thundering footsteps and boundless energy when I returned.

And questions: “Mom, can we build a tower?” “Mom, will you play cars with me?” “Mom, can we watch Elmo together again?”

It’s so clear now, the answer should have always been yes.

It’s somewhat helpful to know most teens individuate or go through a developmental phase when they reject learned behaviors and norms from their parents to establish their own. [Which may be academic speak for “temporarily become selfish shmucks.”]

And the process is critical to establish a cohesive sense of self.

In other words, children need to pass through a certain cretin stage before becoming adults.

Besides, it must be true that my children’s need to separate from me is a developmental phase and not a reaction to my uncoolness, because even Brooke Shields — arguably one of the coolest moms on the planet — joked that her daughter is in the “a-hole phase.”

It’s also somewhat helpful to know a day will come when my children will answer questions in full sentences again, instead of incoherent grunts.

But for now, the silence that was once so precious for its rarity is pervasive as my children retreat to their bedrooms, after-school activities and friends’ homes. What I once would do anything for, I no longer want.

I’m not sure if they learned some of their avoidance tactics from me or if being present only in body and eating dinner in under five minutes are gifts all teenagers are given when they turn 13.

Perhaps it’s a little of both?

What I do know is the only possible way to have done this parenting thing perfectly would have been to live it in reverse. If they were born as teenagers, I would have spent the first decade of their lives trying to get them to talk to me, then rejoiced in triumph when they held me on a pedestal at age 10.

And I’m sure I could have done better if only I had a second chance. The first time around I didn’t listen to the advice I’d often get: “Enjoy every moment, it goes by so fast.”

People would say this worn cliché and I’d laugh, thinking they were insane. Enjoy the sleepless nights? The inability to go to the bathroom alone? 5 a.m. breakfast?

Well, maybe enjoying every moment that our lives were inextricably bound was not possible, but paying closer attention would have been.

And it might have made the silence easier to bear.

Kim Brown Reiner is an educator, freelance writer and New York City mom of two. She tries not to speak to her six-year-old son or eight-year-old daughter before drinking two cups of coffee.

Teens are not for the faint of heart
the power of play
Autism: The Club No Parent Wants to Be In
advertisement

Teens are not for the faint of heart
the power of play
Autism: The Club No Parent Wants to Be In