How This Twin Dad Is Rocking Fatherhood 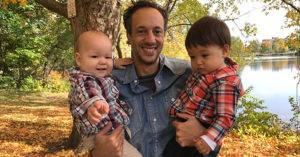 I have heard of some twin dads not helping out or leaving the majority of the parenting load on the mother’s shoulders. Fatherhood is a special badge many men don’t get to wear, and it’s sad that some take it for granted. These fathers are missing out by not being as involved. They’re missing out on an amazing bond with their twins.

Some believe that only moms can develop strong bonds with their children, especially in the infant and toddler stage. My husband is proof that’s not the case.

He has been hands on from day 1. From the day our twins were born up until now. 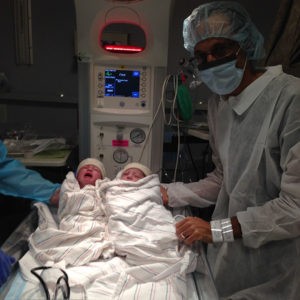 The first couple of days at the hospital, he was completely in charge of changing their diapers since I couldn’t walk or bend down because of my c-section. The first 2 weeks of their life, he got up with me at night and helped syringe formula feed them while I breastfed because my milk hadn’t come in yet. (you can read about it here). Once he was back at work, the minute he walked in the door he helped with feedings, bath time and bedtime routines. It has been the case every single day, even though he’s out of the house by 6am and doesn’t get home until 6pm.

To make up for the fact he didn’t get up at night after he went back to work (I had help from my mother the first couple of months, then I was doing it solo), my husband now lets me sleep in on the weekends and takes over. That means he cooks breakfast, changes diapers and sometimes if I have to be somewhere, he puts our twins down for a nap on his own. That means he’s gotten to develop a fun and strong relationship with our Twinkies because he spends quality time alone with them. So much so, my husband might as well be a celebrity. When he walks in the door, their eyes light up, they literally run up to him (they crawled when they couldn’t walk) and they give him big hugs chanting “dadda,” “dadda.” 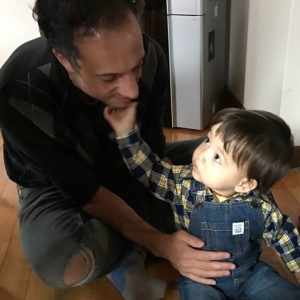 Their bond is so strong that the minute my husband is home, I become second fiddle. Me, the mother who’s with them every day! At times, I’ll admit I feel a bit of jealousy, I keep thinking “wait a minute, I take care of them the majority of the time, shouldn’t I be the celebrity?!” Mostly though, I feel happy and lucky that my twins have such an amazing father.

Here are the many ways my husband has developed a strong bond with our twins and is rocking fatherhood:

1. He’s affectionate with them

Seems basic, but I think some fathers forget to do this. He holds them, kisses and hugs them. When they were newborns, he helped with the rock-them-to-sleep task (before we wised up and let them fall asleep at the boob). At times he rocked them for up to an hour or fell asleep with one of them in his arms. 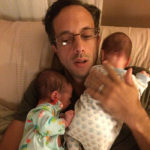 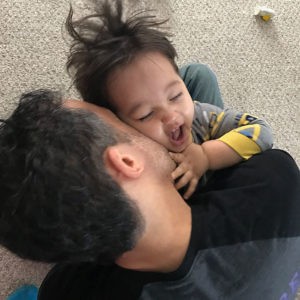 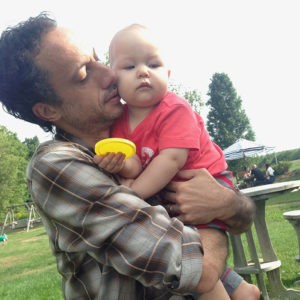 2. He makes them laugh

He has a knack for making them laugh. From making faces, to making funny voices, tickling them, and singing cartoon songs. There isn’t a day I don’t hear my sons laughing when he’s with them. Not one. 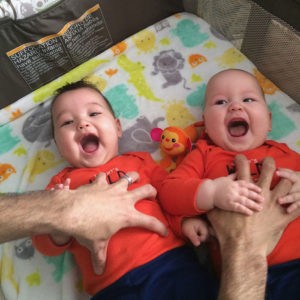 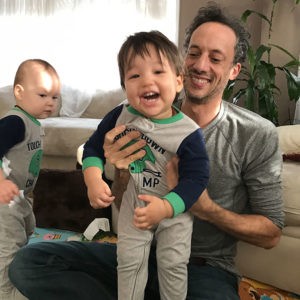 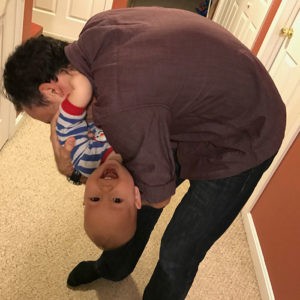 3. He plays and he is silly with them

He will build forts out of blankets and pillows. He will turn their inflatable horses into wild horses and make their ride fun and crazy. He becomes the horse and plays horsey, gives them piggy back rides, makes up dinner time games like pretending to look away and looking back quickly (something Sam imitates very well and thinks is hysterical) or grabbing his nose making a honking sound. He is always interacting with them in a playful way. 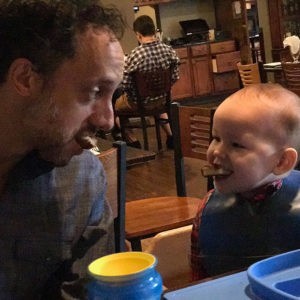 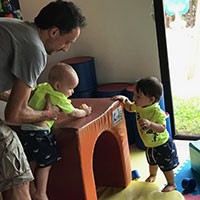 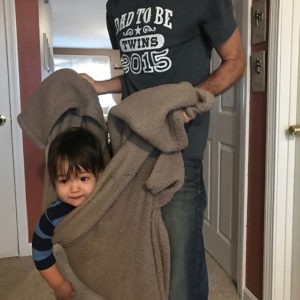 He’s taught them words, numbers, special handshakes, high fives, sounds, and how to play with a ball. He takes any opportunity to teach them. In fact, he’s a much better teacher than I am because he finds fun ways to incorporate teaching into play or during meals. 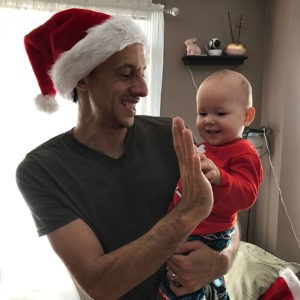 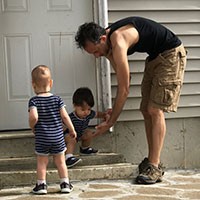 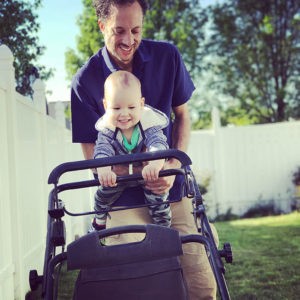 From the moment they were infants, my husband has always helped with reading. We weren’t very consistent at first, especially at bedtime because I breastfed them and the timing didn’t work. Now that they are no longer breastfeeding, we all read as a family before bedtime. 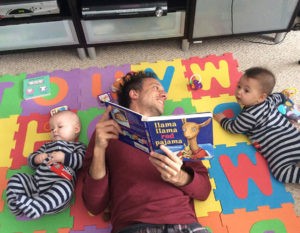 6. He plays guitar for them

My husband (and his father) play the guitar. From the moment they were newborns, my husband has always played guitar for them. I love that he’s instilling in them a love for music and instruments. When he’s not home, as a special treat, I let our twins go upstairs to our room so they can touch his guitar. Something that they love and associate with their dad. 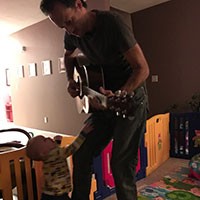 7. He makes time for them even when he’s working from home

Because he’s a celebrity as far as our Twinkies are concerned, working from home means constant interruptions because they want his undivided attention. Still, he is patient with them and always indulges their requests by letting them stay on his lap for a little bit while he works. 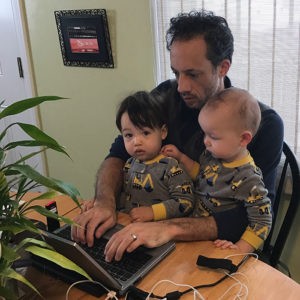 There are probably another million ways he’s rocking fatherhood that are escaping me right now, but I think you get the gist of it.

Please understand this isn’t a bragging post, this is a post to honor the man who makes fatherhood look easy even though it is hard at times. On this father’s day, I want him to know we appreciate him and all he does for his family. He is the proof that fathers can have just as strong of a bond with their children as their mothers do. 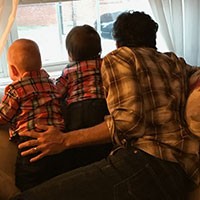