Have We Allowed Our Children to Become Royal Pains? 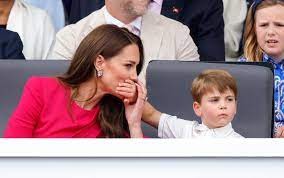 Maybe it’s time to admit that, when it comes to parental discipline, our skills have disappeared faster than a toddler’s attention span.

Princess Kate Middleton recently found herself under the disciplinarian microscope when a hilarious, yet uncomfortable video emerged starring her youngest child, 4-year-old Prince Louis and fifth in line of succession to the British throne. (Translation: He will never be King).

The video, shot as mother and son watched the Platinum Jubilee pageant from front-row seats, featured a clearly bored Louis sticking out his tongue at his mum and batting her hand away when she tried to refrain him from “cocking a snook,” the British expression for thumbing one’s nose.

Because the dustup happened between royals, the video naturally went viral, causing millions to give their unwanted opinions on Kate’s parenting skills. The responses ranged from sympathetic (kids will be kids, even if they do live in palaces) to calling Louis a spoiled brat for daring to show disrespect to the future Queen of England. What kind of hooligan will Louis be at 15 if he is already testing boundaries at 4, they wondered?

I chuckled when I saw the video, knowing Kate was in an impossible situation. What was she supposed to do, knowing her every move was being recorded by dozens of cameras? Backhand her son across the face? Summon the royal guillotine? Or, worse, put young Louis in timeout by making him sit with the weird-haired gentleman, none other than British Prime Minister Boris Johnson, in the second row?

If you’re a parent, you’ve had your own Kate moment. When she was 2, my eldest daughter bit my finger hard enough to draw blood. She is now 25 and holds a corporate job. She has never spent time in jail. At least, not that I’m aware.

Cut Kate some slack, I thought. All children should be subject to discipline, but who are we to judge how it is administered?

Of course, that was before I saw the Mercedes. 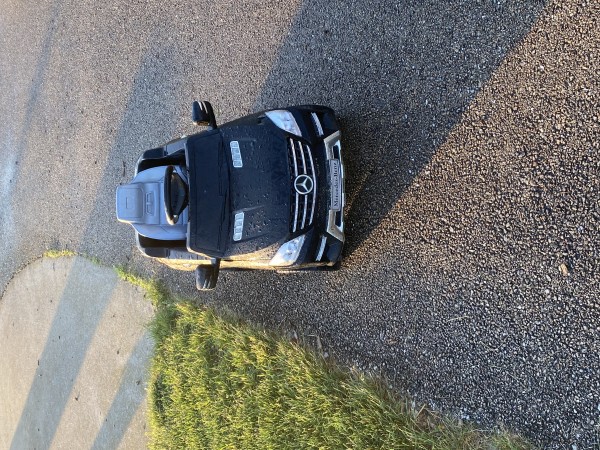 It was sitting, unattended, in the park I visit each morning with my dog. A real beauty she was; jet black in color, with the silver three-point Mercedes-Benz emblem glistening in the rising sun. A Google search revealed I was staring at the 12-volt, S63 model, featuring one-button start, forward and reverse shifter, wear-resistant wheels, one USB port and an MP3 interface. The car retailed for anywhere between $190 and $250, depending on what site you were perusing.

Oh, no, this wasn’t an actual Mercedes-Benz. It was a toy replica, designed to be piloted by drivers between 3 and 5 years of age. Still, I wondered, what type of ungrateful kid leaves such a vehicle in a public park overnight, knowing another child could just hop in and drive away?

Worse, what parent allows this to happen?

I tried to imagine the scenario: Did the car’s battery die and no toy Mercedes tow trucks were available to assist? This seemed unlikely, since the S63 weighed a mere 33 pounds. Picking it up and putting it in the family car wouldn’t be that difficult.

Or were there other forces at play here? Did another child zoom by in a toy Tesla, featuring a Wi-Fi-enabled touch screen? Did that cause the embarrassed Mercedes owner to throw a tantrum, exiting the vehicle and demanding his cheap parents purchase an immediate upgrade? If I had been that parent, I would have calmly explained the 2023 models hadn’t yet arrived and it would be wise to wait.

When she was 5, my daughter, the aforementioned finger biter, had a Barbie-themed electric car. Purchased for 10 bucks from a yard sale, it was parked in our garage every night. Had she left it anywhere else, rest assured, there would have been consequences.

So, parents, let’s stop coddling our kids. Make them put away their toys and teach them the value of money. Let them know the finer things in life come with responsibilities. They will thank you later.

Even if it means spending time in the royal dungeon.

Why You Need to be a Parent and a Friend to your child
Why The Duchess of Cambridge is Ruining Real Moms
Motherhood: Then And Now
advertisement

Why You Need to be a Parent and a Friend to your child
Why The Duchess of Cambridge is Ruining Real Moms
Motherhood: Then And Now