Motherhood: Then And Now 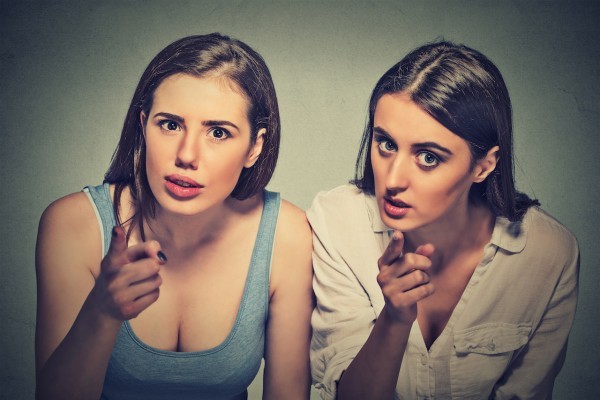 My mother was gruff, like Robert De Niro in a curly blonde wig. She also loved to shop—often—at every garage sale and secondhand store in the city. I remember strolling through Woolworth's with her, conveying my displeasure.

It didn't take much for my mother to lose her cool. She had the patience of a two-year-old locked in a candy warehouse. If you pushed your luck with her once, she’d give you a look that could burn through steel. If you were dumb enough to do it again, you had better run fast.

In those days, mothers were fearless because they could be. There was nothing to scare them into thinking they were doing it wrong. No one made them feel inadequate by comparing mothering skills on a public platform or bashing one another over breast milk. It was safe to be a mom in the 1970's.

My mother lived for empty threats. The only time I ever sat in a car alone was when she buried her face into a box three feet away from me at a garage sale. Even still, there were no laws protecting me against a hot car if she would have. It was a different time; when moms did the best that they could, and their best was good enough.

Flash forward 43 years and you'll find me at Target with an eight-year-old girl. She's whining and pulling my arm. She wants a toy. She wants candy. She wants everything she can get her hands on that will push me over the edge. What she doesn't want is to stop talking, and I'm beginning to lose my cool.

The year is 2015 and I am a mother, but the rules have changed. There are laws now, and judgmental eyes waiting for an opportunity to pounce. I want to ask if she'd like to go sit in the car, but the lady in front of me is giving me a side-eye. She's listening, perhaps a bit too close for my comfort. It's almost as if she wants me to fail so she can be the first one in her Mommy and Me group to produce a viral video. Or maybe I'm just paranoid.

Deep down, I know I'm a good mother, but sometimes I feel like I'm parenting everyone. At home, I doubt that I'd be smiling while asking her to ‘please stop.' It is more likely that I'd be screaming at her to‘knock it off before she ends up getting grounded.’ But we weren't home, we were in public, and I was on my best mommy behavior.

There are some days when I feel like I'm backed into a corner. I worry that my anxiety will rub off or that I'll give the wrong advice. I feel stuck; skeptical of my ability to parent, and scared that I'll make mistakes. It doesn't happen often, but when it does, I want to cry —or stick my head in the oven, whichever comes first.

Leaving your kid in a hot car is dangerous and I'm thankful my mother knew better. She also knew how to shut me up without concern over what people thought. There is no rulebook on parenting, but there are many rules, and every day they add a few more. It seems unfortunate that common sense is never one of them.

There is a phenomenon spreading like wildfire, amommypocolypse of sorts. It is has become a mom hate mom world and there doesn't appear to be a payoff. The mom bullies thrive on judgment. They scan the Internet looking for reasons to be right and criticize often. In their eyes, you are the Boogeyman.

Somehow, we got here. We got a place where people have no qualms over being unkind. We guilt. We shame. We loathe; at the same time, raising our kids to be courteous members of society. But it doesn't work that way.

One day, our kids are going to get older. They are going to use the Internet with, or without, our approval and they will find us. There are no Vegas rules online. Nothing is private. The mother you are today is the one your children will see tomorrow. The question is: who do you want them to become?

Lisa René LeClair is a writer, humorist, social media junkie and mom who shares childhood stories and bad advice for your amusement at Sassypiehole.

Raising an Independent Person
To My Daughter...Call Me
Sometimes love looks like dirty clothes and Dixie plates
advertisement

Raising an Independent Person
To My Daughter...Call Me
Sometimes love looks like dirty clothes and Dixie plates