Published by Jenny Albers on December 1, 2019 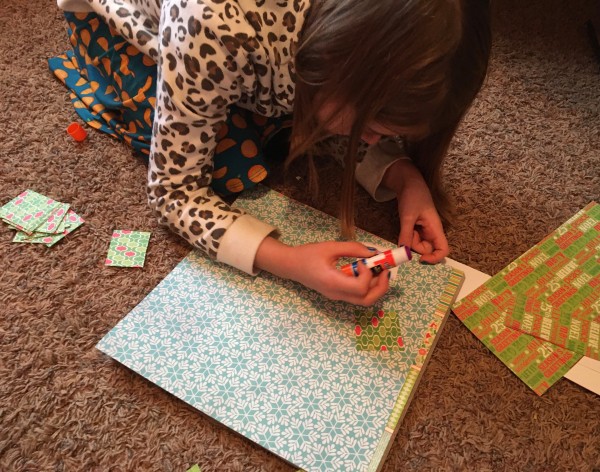 You know I must be getting into the spirit of Christmas when I agree to do a craft with my kid.

Normally I would do anything, ANYTHING to avoid craft time. But rather than expressing the grumbling and groaning of my inner voice, I paused and said “yes” when my daughter asked me to make a countdown-to-Christmas calendar with her. It involved measuring and gluing and cutting and fretting over which paper to use and how big to make each square — all things that I'd rather not be involved in. Which probably means my sudden change of heart had more to do with the Spirit of God than the spirit of Christmas.

Because my participation in anything craft-related is about as close to a miracle as it gets.

My daughter is Crafty McCrafterson, with an imagination as vast as space. I, on the other hand, am the least crafty person on the planet. I lack creativity. I don't have patience for the details and intricacies involved in creating a piece of art. Plus it's messy and produces more mess to clean up.

But she asked. And while I wanted to say no while trying to get some online Christmas shopping done, my heart softened in that moment, and I choose to say yes instead.

And maybe that's what any of this is all about anyway.

Choosing yes. Not because I have to. Not because it's the right thing to do. Not because it's wrong to say no. But because sometimes it's the best response to an invitation from my child. Today she specifically asked for my company, and it wasn't so much about the activity as it was about time. Time spent together, despite my lack of interest in what I was invited to do.

I didn't get my online Christmas shopping done — in fact, I missed out on one of the deals I was waiting for. But I gave my daughter the gift of time.

And as we countdown the days to Christmas, utilizing her newly created calendar, I'll remember that while giving gifts is fun — and easy — it's the more difficult task of offering my time that really matters.

It isn't always easy for me to give my kids time. There is so much to do. There are so many distractions. But I know when I look back — when they're grown and have lives of their own — I'll realize that giving them time was the best gift I could give myself. And if I'm lucky, they'll appreciate the gift too.

5 Ways to Do Real Estate and Parenting at the Same Time
"Mom, Is there really a Santa Claus?"
The First List I Write Every Christmas
advertisement

5 Ways to Do Real Estate and Parenting at the Same Time
"Mom, Is there really a Santa Claus?"
The First List I Write Every Christmas