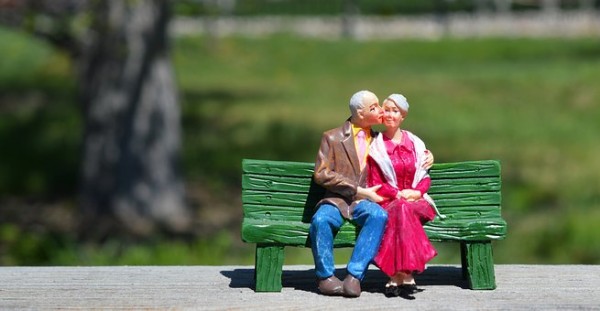 I recently went out to lunch with a girlfriend. We make it a point of getting together at least once a month to keep our friendship strong. We talk about our kids, our grand kids, recent trips, our health, and our hobbies. We both enjoy painting, ceramics, and scrap booking. We’re never short on things to discuss, as both our kids and grand kids make us equal parts proud and insane!

My friend and I met at the park one day while our children were playing, nearly 30 years ago. We chatted on a bench while the kids went up and down the slide, took turns on the swings, and laughed on the see-saw. Before we knew it, the sun was setting and it was time to head home and make dinner. We exchanged numbers and quickly learned that we lived only two blocks apart. The rest was history, really. There are too many BBQs, family vacations, and crazy game nights to recall. We’ve shared laughs and tears, births and deaths. Most recently, my dear friend lost her husband to colon cancer. He fought long and hard during his battle, but his body was too weak and tired to persevere.

It took my friend a long time to adjust to this change. Thankfully, both her daughters live close-by with their families. Grand kids have a special way of bringing laughter and brightness into any space. They visited often, as did I. We brought over hot dinners, desserts, and flowers. I dragged my friend to ceramic classes and out for walks. Within a years time, she began to resemble herself again. We talked a lot about the circle of life. The fact that during those 12 months of mourning, that the role between child and parent, shifted. Though her daughters were mourning the loss of their father, they knew their mother needed them. I know they grieved in their own ways, but they remained strong, present, and stable for their mother.

Fast forward to present day and her husband has been gone for nearly three years. Though the time has flown by, it’s also stood still in many ways. I don’t recall her making any major changes to the interior of her home. The same family pictures hang on the wall, the same double-sink is in the bathroom, with no clear indication that only one person now lives there. She leaves her late husband’s side of the bed made. She wears her wedding ring and celebrates their anniversary. But at one of our most recent lunches, I was both shocked and pleased when she uttered the words, “I think I’m ready to start dating again.” When the words escaped her lips, we both stopped with our forks held in mid-air. We locked eyes and both burst out laughing! What were we, 25 again? We were in our 60’s for crying out loud. Her next question made me nearly choke on my lunch - “How do I even do that?” The remainder of the lunch was filled with laughter, questions and self-doubt.

Someone that decides to start dating in their 60’s, after having lived an entire lifetime with someone else, is looking for something completely different than someone just starting out. We know what true love is. We aren’t searching for an adrenaline rush or wild adventures. We want stability, comfort, and companionship. We’re not contemplating if our date still lives in his parent’s basement or can hold down a job. Instead, we wonder if he uses a performance booster and get butterflies over the thought of ever finding out. We wonder if our kids will approve of him and not the other way around. We wonder under what circumstances he was divorced or widowed and where his children live, if he has any. Does he still have a mortgage? Does he work or is he retired? Does he like to travel?

Dating as an older person comes with an entirely different host of questions, concerns, and worries. My girlfriend had her first date just last week. A man she met at the grocery store. I thought she was making up the entire thing, but apparently they both reached for the same Macintosh apple. He let her have it by saying, “Ladies first.” She smiled, he laughed and the rest is history. But the funny part is, I guess some aspects of dating never change. He first asked her for coffee and because she was nervous to meet him alone, I went along as a secret spy. I arrived at the coffee shop before her and given his description, I saw him sitting at a small table near the window, looking anxious but excited. I walked passed, ordered myself a latte and took a seat near the back. I immediately called her on the phone (she was waiting outside, around the corner) to let her know he was in fact there, and looked quite dashing. She laughed out of relief and nerves and within minutes of hanging up, I saw her enter the coffee shop, smoothing out her skirt and straightening her necklace. I didn’t stay for the entire date. I finished my latte and left unnoticed.

They’ve been on several dates since and seem quite smitten with one another. I think it was bittersweet for her daughters to watch their mother move on. Of course, they wanted her to find happiness again, after being stuck in a place of darkness for so long. But it’s never easy to see a loved one with someone else. Someone unfamiliar. I know her daughters are protective of her, just as a mother is of her children.

We all grow, change, and evolve. Children become parents and finally understand why we set rules and boundaries. Then parents turn into grandparents and discover a completely new and amazing way to love children. And as a child becomes an adult and watches their parents age, they discover a newfound feeling of protection and responsibility. And that’s just how the great circle of life works. So children, as you get older, remember that your parents were young once too and that they get it. And as you get older, you’ll understand, because you’ll become protective of them too. And the cycle continues.