​Parents Beware: Trump is Bad for the Health of Women and Girls

Parents Beware: Trump is Bad for the Health of Women and Girls

Donald Trump’s remarks about women during the presidential campaign and the years preceding it have often been termed sexist, cruel, misogynistic, and degrading. While many parents are concerned about the negative impacts these comments may have on their daughters’ self-esteem and on equality for women in the workplace, we believe they have even farther-reaching, more deleterious implications for our children and society.

As an ob-gyn physician and a child psychologist who raised our kids together, we’ve been increasingly concerned about the trend in sexualization of women and children. We think that Trump’s behavior promotes this extremely detrimental process, which is linked to many problems including male aggression and violence against women and girls.

As opposed to undergoing healthy sexual development, girls are now pressured to grow up sexualized. Interpreting the American Psychological Association’s Taskforce Report, any one of the following indicates sexualization of a girl: 1) she or others believe that her value is mainly or solely based on her sexual appeal or behavior; 2) her sexiness equates with a narrowly defined, unrealistic standard of physical attractiveness; 3) she is not a person but an object (a thing) to be evaluated and used by others for sexual purposes; or 4) sexuality is imposed on her (such as child sexual abuse).

Research clearly shows that sexualization imposes dangerous beliefs and behaviors on both girls and boys. For girls, it’s associated with lower self-esteem, early initiation of sexual activity, depression, and anxiety, risk factors for being victimized by manipulation, and sexual, dating, and domestic violence.

Female sexualization makes both boys and girls more likely to be accepting of stereotypical gender roles and sexual aggression and violence against women, and to have lower empathy for victims. When boys and young men believe that women are supposed to be sexual objects and men are to be dominant and aggressive, they’re more likely to mistreat women and commit rape.

Essentially, sexualization may function to keep girls “in their place” as objects of sexual use and beauty, while at the same time promoting aggression and violence against them. Boys can but are less likely to be sexualized.

What does this have to do with Donald Trump? Raising emotionally healthy and behaviorally smart children who don’t intentionally harm others based on gender or other differences requires that parents and other authority figures demonstrate belief in gender equality and respect for human dignity and work to stop the scourge of bullying.

Trump’s consistent, overt valuation of women such as former Miss Universe Alicia Machado, news anchors and reporters, celebrities, and political opponents based on body features like weight, buttocks, and breast size cannot be misconstrued—it clearly indicates belief that females are not equal to males but are objects to be rated by body type, demeaned, dominated, and used. The double standard for male Trump surrogates, for whom physical characteristics like weight appear inconsequential, and hiring campaign associates accused of sexual harassment and domestic violence support this.

Donald even minimized and accepted sexual violence in the military as an expected consequence of having female and male soldiers working together. This demonstrated his probable belief in a common rape myth: that rape is an impulsive, uncontrollable act of sexual gratification for men when they’re around women.

Yet he also benefits from women who may not fit his mold of acceptable, sexualized female “looks,” but who excuse his reprehensible remarks as silliness or blame victims for being too sensitive. These remarks aren’t silly, but deadly serious.

Trump has even shown sexualized attitudes toward children including his own daughters. When asked about one-year-old Tiffany, he remarked that she was a really beautiful baby who has her mother’s legs and then making a gesture indicating breasts, commented that time will tell if she got her mother’s breasts.

Who says that about their baby girl? A believer and promoter of sexualization of girls would. Inappropriate statements about daughter Ivanka’s beautiful body and desire to date her (if he weren’t her father) have also emerged. Upon meeting his good friends’ daughter, Paris Hilton when she was 12 years old, he reportedly said, “Who the hell is that?” and recounting the story said, “At 12, I wasn’t interested. . . but she was beautiful, ” reflecting attitudes that can result in abusing children sexually. He later claimed to watch Hilton’s teenage sex tape that was leaked against her will.

In addition, Trump bullies women, as he tries to humiliate and dominate by using taunts, threats, sexual comments, rumors, lies, and name-calling, including referring to them as animals like pigs or dogs to dehumanize and reduce empathy for them. Dehumanization and reduced empathy are common elements of an aggressive or violent perpetrator’s psyche allowing him or her to intentionally harm others for personal gain, free from a pesky conscience.

Bullies often manipulate people. We believe that when Donald says, “I love women,” it reflects his love for what they can do for him rather than any interest in their well-being. After all, he verbally attacks women who disagree with him. Likely narcissism doesn’t afford him the ability to consider opinions different from his self-serving ones, making it difficult to nonaggressively react to other people’s perspectives, or to perceived challenges to his ego. He instead uses classic modes of male dominance: interrupting women when they’re talking, and dismissing concerns or questions as indicating mental instability, “neuroticism,” or even—yes, really—menstruation!

By the way, when adults in children’s lives promote bullying or sexualization, or don’t speak up against others who do, it condones these behaviors. So you can really help your kids by recognizing and expressing your disapproval of these practices, and by expecting kind and respectful treatment of men and women as whole people with thoughts and feelings.

Presidents are prominent authority figures who influence the behavior of others, including youth, and who should represent a nation’s overarching values—at least in a democracy. As the leader of the free world, our next president will be in a position to either help reduce violence and aggression and promote gender equality shown to be vital underpinnings of good childhood outcomes for both boys and girls, or, alternatively, to usher in new heights of degradation of our daughters, harming their health and safety. Words matter, and parents need to speak out to protect their children.

For practical methods to squelch sexualization, bullying, and sexual violence, see the authors’ new book, WARNING SIGNS: How to Protect Your Kids from Becoming Victims or Perpetrators of Violence and Aggression and website warningsignsforparents.com. 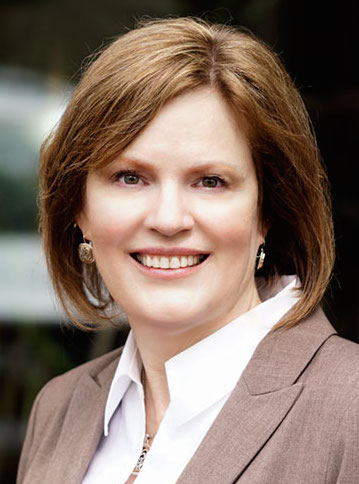 Laurie Berdahl, MD, is an obstetrician-gynecologist with an ABD PhD in genetics who writes and speaks on parenting and adolescent wellness and has published work in the parenting scientific literature. Dr. Berdahl is the author of WARNING SIGNS: How to Protect Your Kids from Becoming Victims or Perpetrators of Violence and Aggression, and 7 Skills for Parenting Success. For more information, see www.warningsignsforparents.com.

​Parents Beware: Trump is Bad for the Health of Women and Girls
We Need Our Boys To Grow Into Men, Not Rapists. And Our Girls To Not Become Fairytales.
3 Progressive Gender Conversations Our Kids Can Thank Trump For
advertisement

​Parents Beware: Trump is Bad for the Health of Women and Girls
We Need Our Boys To Grow Into Men, Not Rapists. And Our Girls To Not Become Fairytales.
3 Progressive Gender Conversations Our Kids Can Thank Trump For