Confessions of a Special Needs Mother 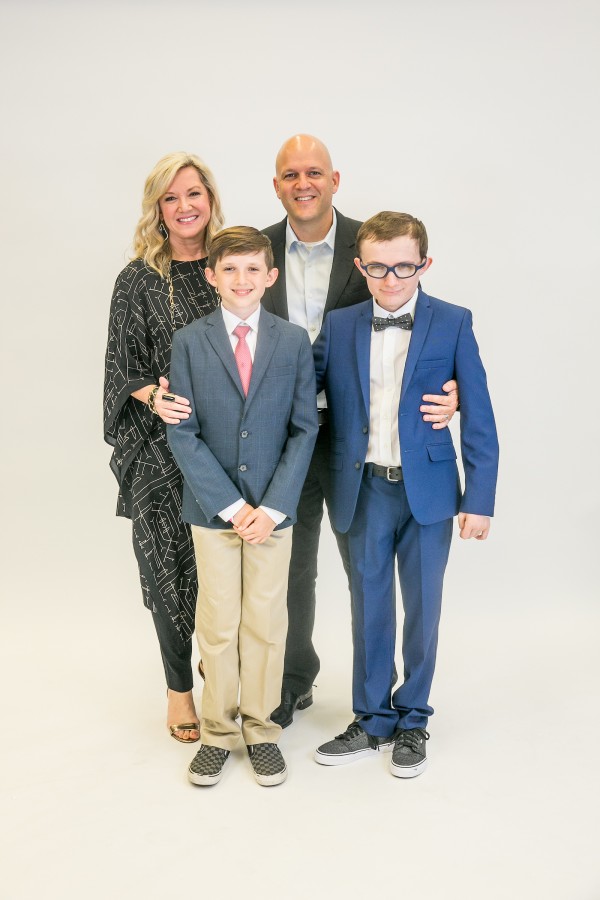 The first time my son had a seizure--I’m talking the big, bad, ugly, stop breathing, turn blue, aspirate and call 911 type of seizure--I wasn’t there. No grown up was. But my then seven-year old was and neither of us will ever forget it.

That summer of 2014 was a lonely one. I had been living back in my home state of Texas for nearly a year and the decent number of friends I had made at that point were not a good indicator of how ‘at home’ I felt. My husband had begun a job that quickly earned him concierge status from all of his worldwide travel. (If you don’t know what that is, watch the movie ‘Up in the Air’ starring George Clooney) I was newly 40, trying to figure out what I wanted to be when I grew up, and watching my beloved first born slip away before my eyes.

We had known since Miles was eight years old that it was a matter of ‘when’ not ‘if’ he’d start having seizures. His obviously degenerative condition lead us to his first EEG and the knowledge that there were electrical charges misfiring in his left front temporal lobe. And then in the right. ‘Subclinical’ they called them. Meaning we couldn’t see them...but they were there; ravaging my boy’s already precarious development and making him lose the few precious skills he had learned up until that point. The precocious puberty that started around that time especially took us by surprise with its pubic hair, pimples and oily complexion. We had to revert to using specialty diapers when he could no longer use the toilet as he had for nearly four years. (Because Target doesn’t carry diapers that fit an eight-year-old) He could no longer speak the few polite phrases we had come to adore: ‘Potty please.’ ‘Hungry please.’ ‘Water please.’ ‘Outside please.’ And this Mother’s desperate desire to hear her son call my name had only resulted in a fleeting couple of weeks of incessant ‘Mom, Mom, MOM, MOMs’ that I now deeply regret having made me a little crazy at the time from the repetition.

A neurologist was so sure he had a syndrome called Landau Kleffner, and that if we started using anti-epileptic drugs he would walk into her office within three months and say hello to her. I can recall the ‘hell yeah, this is the answer’ feeling I had when she said that. She seemed so sure, and back then I was so trusting. But within two weeks of using a drug I now know his body was never meant to try and process, my boy experienced what I can only liken to a psychotic break, whereby he ran in circles around our couch for nearly thirty minutes, sweating profusely, crying a cry I had never heard from him before, with a face as white as a ghost; the ghost of the happier son I had once known.

It was not easy finding qualified caregivers in the town we had moved back to and the steep price tag of good hourly care was daunting. I just wanted to take a walk with my dog that summer day. Surely I didn’t need to hire a sitter just for that? Miles has never been a very active child. He tends to spend the majority of his time comfortably tucked into the nest of his bed watching his beloved Disney and Pixar films over and over. I felt confident that if I turned on a favorite, maybe ‘Ratatouille’ or ‘Nemo’ for the 1000th time, that I would award myself an hour of freedom. And my younger son, despite only being seven at the time, has always been way older than the label of his years when it comes to helping with his brother. I knew that he knew how to call me should the need arise. And unfortunately it did.

I was well over a mile from our home--approximately 15 minutes away at a reasonable clip--when the call did in fact come. I could barely make out the words that Brooks was saying, but it was clear he was quite distraught. He had just completed the first grade and during the last week of school the teacher had shown the class the movie ‘Old Yeller.’ Now I was hearing the heaving sobs of my youngest child telling me over and over, ‘Miles is dying. He looks like Old Yeller.’

Images of my older son frothing at the mouth, writhing on the floor flooded my brain. I was not able to make sense of what exactly it could mean. Had Miles eaten something and choked? Had he been poisoned somehow? I just could not process any of it. I hung up and immediately called my next door neighbor for help as I began running back toward home, the 100 degree Texas heat beating down on my back.

When I arrived, my neighbor was there comforting Miles who looked groggy and pale as if just coming to. He was weak, wobbly and drooling so I called 911. I remember with sadness having to choose to ignore the need for a mother’s comfort that my traumatized younger son so desperately wanted when I arrived in order to assess and comfort my older child who was in distress. This has been the case more times than I care to try and count. This is one of those things you must live with when one of your children is disabled.

The emergency technicians assessed Miles and the realization of the new normal life ahead of us quickly set in. They suggested we take him to the emergency room ourselves. On the way there, I got my wits about me enough to call one of the specialists we were working closely with at that time to get my son’s gastrointestinal diseases under control. At his urging, we aborted the mission and went home. If a seizure lasts less than five minutes and stops without medical intervention, there is really nothing that can be done. This doctor knew that the triage process would only delay what he now needed the most, sleep.

And sleep he did, for nearly 17 hours so that his body could heal after the violent harm it had inflicted upon itself. This pattern has been repeated roughly 75 times in the five years that have passed since then. He has seized in bathtubs. He has seized with a piece of apple in his mouth. He has seized while standing, leaving me to watch him go down as though in slow motion while I willed my legs to try and reach him before he hit the ground. He has seized at school and while out on our boat. He has seized and hit his head on his bed leaving a bloodied bump the size of an egg on his temple. We are both strangely accustomed to it and silently panicked that this will be the one that steals his breath forever. None of us says this, but I know my husband, younger son and I all think it. The soft rounded bumpers I have put on the corners of his bedroom furniture trick my brain into enough comfort to allow me to sleep at night. We all have mechanisms to cope.

As for that younger son who was there during that very first seizure, he is now perhaps the best equipped to remain calm through an epileptic episode out of all of us. Whenever my husband or I sound the battle cry from another room--’SEIZURE’--it is Brooks that keeps his cool the most, immediately coming to our aid with a phone to time it and a pillow to lovingly cradle his brother’s head. He calmly whispers to him alongside us, ‘Come on buddy. We love you. We are right here.’

As mothers, we all inflict a lot of self blame for things that occur during our children’s lives. We rehash those moments when we screamed and yelled, didn’t have an ounce of energy left to read another bedtime story or ordered pizza for the second time in a week. But when you have a child with special needs the blame stakes seem higher. Not only must we squash that voice that taunts us with the lie that it was our bodies that failed to properly nurture this precious soul while in our wombs, we also must live with the guilt that we may be failing our typically developing other children too. Perhaps it is the fate of this long-lapsed Catholic to perpetuate such guilt, or perhaps this guilt is simply the hallmark of all special needs parents’ lament. Either way, confessing one of my many fails along this journey to you feels cathartic. No further Hail Mary’s or penance required. 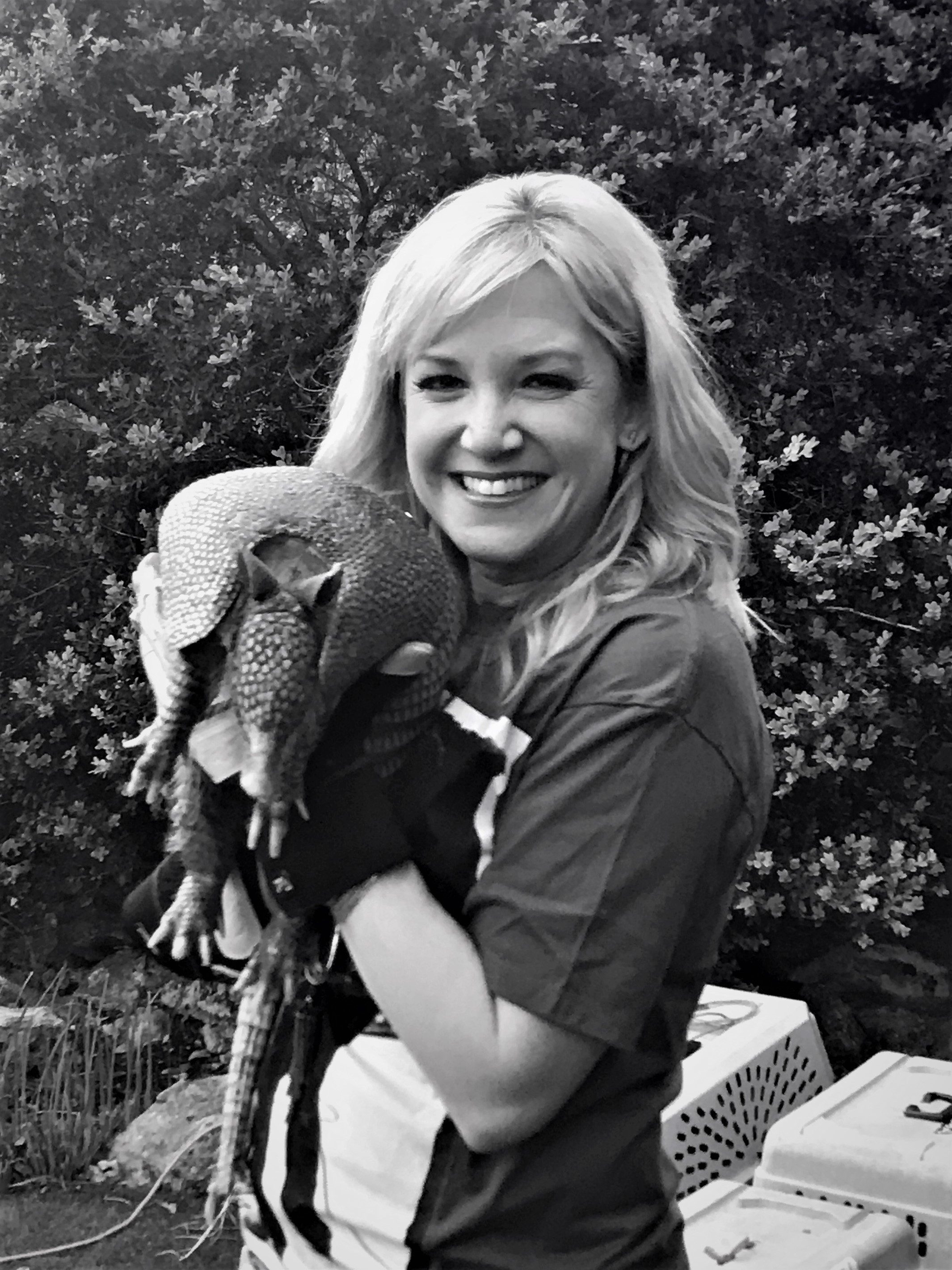 Debbie Tolany is a writer and activist from Austin, Texas. She is the mother of two boys, one with complex medical needs. Her memoir-style story telling revolves around her journey as a special needs parent and accidental activist; She has actively been working with other Texas parents over the past four years to expand medical marijuana laws in her state to benefit her child and other patients. When not writing, you can find Debbie listening to live music, singing karaoke, connecting people, or enjoying good wine in the company of friends and family. (And, yes, that is a real armadillo!)

The Day My World Shook: Our Epilepsy Story
Combatting the Loneliness of Summer Break
I caught my son lying for the 1st time and chaos followed
advertisement

The Day My World Shook: Our Epilepsy Story
Combatting the Loneliness of Summer Break
I caught my son lying for the 1st time and chaos followed