Published by Drew Weisholtz on September 18, 2019

I don’t mean to brag or be an obnoxious dad, but we recently hit a milestone in our home.

Hey, I didn’t say it was a good milestone.

My older son, 8, got caught in a fib that ended with tears, screaming, a punishment and me apologizing to my 6-year-old son for being a whistleblower in the scandal that rocked our family to its adolescent core.

Like so many matters related to a child getting in trouble, this all started innocently enough. As cruel, cruel parents, my wife and I ordered our boys to complete the inhumane task of brushing their teeth. So mean, right?

Our younger son still doesn’t know how to apply toothpaste on his toothbrush without either A) squeezing the whole tube onto the bristles or B) missing the toothbrush altogether, so we set it up for him.

But our older one? He knows the toothbrush routine. I’ve seen him do it. It’s a thing of beauty. I’ve thought about charging admission so people can see proper oral care in action. That’s why we told him to brush, trusting he would just do it. But, no, he hatched a plan, like some sort of cartoon villain.

My wife and I disappeared into our room to get ready for our day. A few minutes later, our older son declared he was finished. His brother, with his toothbrush in his mouth, became very animated, though, and emphatically announced that he didn’t really brush his teeth.

“He’s lying!” he exclaimed, over and over, eliciting the passion only a 6-year-old can summon in matters such as these. I chastised him for getting involved, tattling and, most importantly, feverishly talking with his mouth full of toothpaste. I’m pretty sure there’s still some dried fluoride stains in the sink.

While I tsk-tsked him for sticking his nose — err, toothbrush — in someone else’s business, there was something about the conviction my little guy displayed when saying his brother didn’t brush. I began to second-guess myself. I felt his toothbrush. It was definitely wet. What in the name of Aquafresh was going on here?

I beckoned my older son back from downstairs where he was lounging in front of the TV, his cares as far as far away as the bad breath that should’ve been eradicated when he brushed his teeth. His brother stood by me, ready to bear witness to his older brother getting busted in the way little brothers live for.

“Did you really brush your teeth?” I calmly asked.

“I’ll ask you again. Are you lying?” My voice was full-on Mike Brady from “The Brady Bunch” — steady, firm and serious as I looked directly into his eyes, trying to stoke that element of fear that only a father can subpoena when the truth needs to be set free.

“Yes,” he said, his response betrayed as he lowered his eyes to the floor, sensing that the jig was up.

“So, you just wet your toothbrush to make it look like you brushed your teeth?” I asked, simultaneously angered I was duped and impressed with his cunning plan. He copped to his grand scheme and his younger brother was vindicated. I turned to him.

“I’m sorry I didn’t believe you,” I said, my life now reduced to having to apologize to a human being who finds the word “poop” to be utterly hilarious. The twists and turns of parenthood.

As for the matter at hand, we had to punish our older son. Miss a soccer practice? No, we’ve paid too much for that. No TV? No, that’s more of a punishment for us. Ah, here we go — one of his close friends had asked for a play date. We informed him that it’s off. The tears started flowing while he dropped to the floor, screaming and bawling like a wronged wife in a Lifetime movie, as we explained there are consequences to his actions. He wiped the tears away as he nodded, grimly accepting his fate.

It's tempting to say this watershed moment symbolizes a loss of innocence, the first time he intentionally deceived us to advance his own agenda, but, in truth, it represents the progression of youth. These things happen and have already continued to happen. A few days later, we caught him lying about washing his hands before dinner. But this time his brother was nowhere to be seen and we figured it out all by ourselves.

So, maybe it's also about the progession of parenting. 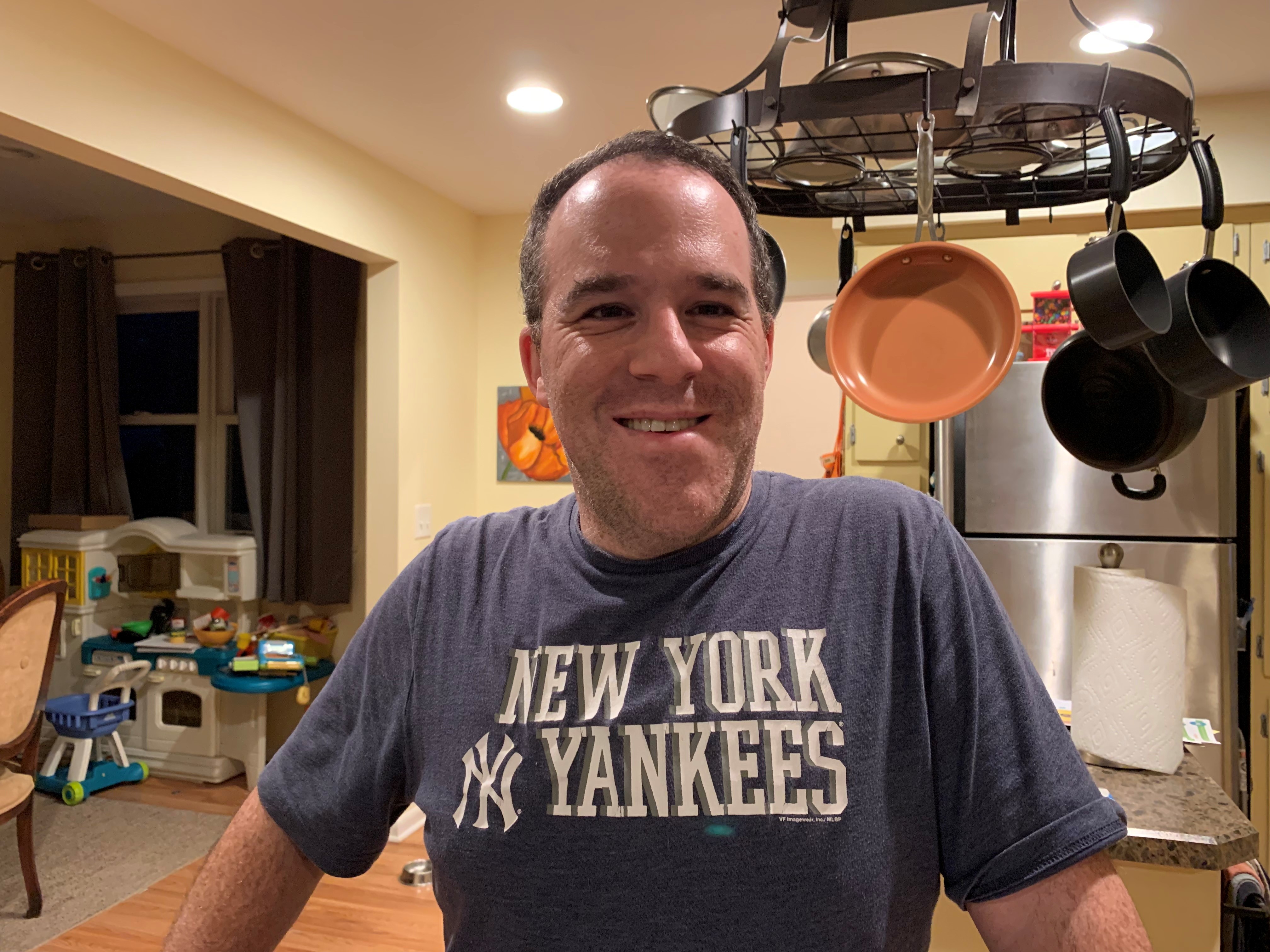 My Husband Got Hit By a Car While Running & Here is What We Learned
When Little Conversations Have Big Impact
To The 'Big Boy' At My Son's Baseball Game: You Give Me Hope
advertisement

My Husband Got Hit By a Car While Running & Here is What We Learned
When Little Conversations Have Big Impact
To The 'Big Boy' At My Son's Baseball Game: You Give Me Hope