An age old concept that, for me, conjures up images of tussling boys, boys cozy in a fort, boys vying to remain on the same old tire swing. Happy thoughts, sometimes a bit vicious, one or the other victorious and a roller coaster of love. The love is the kicker.
Our two oldest sons are in this moment, 10 & 9, born just a year and a half apart, they are born of different stars. The elder has always been a bit sensitive, enjoys activities that involve movement, and is most happy to go out on an adventure or for dinner. The next brother is a homebody, a boy enchanted with make believe games involving guns and swords, the rare soul on this earth that offers his whole heart.
As long as I can remember, we have told them that they are best friends. You are brothers, we have said when their play turned ugly and doors were slammed. Friends come and go, but birthed are forever. Though my husband never had a brother, I did. What's more, I had an older brother, Adam Russell Harrold and we was spectacular to the girl nearly five years younger. Our own younger son was named for him, Adam Russell Harrold Wood, and his birth was a gift to my broken spirit. The circle no longer felt broken, if that makes any sense.
Today I witnessed the love we have been telling them about as long as I can remember. Today our lesson payed off or perhaps, it had been there all along and as we all know, there is beauty from the ashes. I shared with our younger son that he would no longer be part of a team that he had adored. Life happens as we know and for a variety of reasons, legitimate ones, he was not being asked back for a third year. I did my best to share the news as casually as possible, careful to hide and swallow my own tears, and his eyes filled with tears.
There is nothing like crying that brings folks running in our house and within seconds the older brother was on the scene and demanded to know what had happened. I sat on the couch, stroking my young son's thick hair, growing darker each month away from summer's sun. I told him just as I had his brother but he was not fooled by my false smile and wavering tone of voice. He turned and walked away, into the pantry. I promised Russell pizza and a sleepover this very night and he wiped his tears and we talked about Boy Scouts and how that might be a fun thing to try now that he would have time.
Brotherhood. I found the older one crying silently in the small room filled with snacks, dog food, a catch all for kitchen items. Weeping in that pantry, I took him in my arms and I said nothing. I waited to speak until the breaths pressed to my chest became level again and I felt the current of love that had been planted long ago. Its' roots were firm, I was sure now, a brother that weeps for the years of a brother knows the secret of brotherhood. Do you? 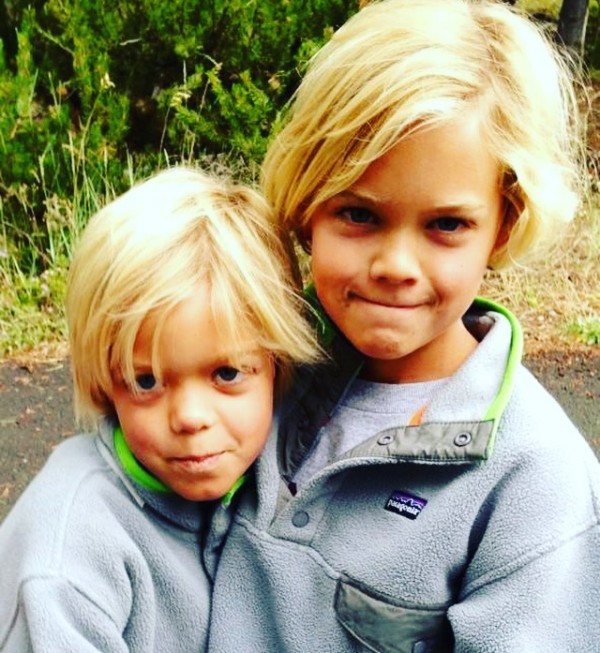 I caught my son lying for the 1st time and chaos followed
Building Brotherly Love One Bickerment at a Time
In the middle of the mess, we must be doing something right
advertisement

I caught my son lying for the 1st time and chaos followed
Building Brotherly Love One Bickerment at a Time
In the middle of the mess, we must be doing something right