Brave Like Spider Man: Costumes, characters and stories give important life lessons to our kids. 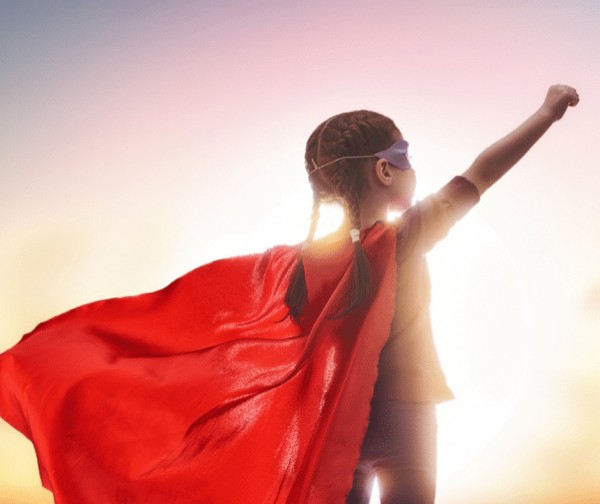 The week after Halloween always brings delightful kid conversations in a pediatric office. I love to hear my patients describe their costumes to me – dinosaurs, unicorns, princesses, and superheroes. I love how their eyes light up when they tell me about the candy they got. One child said he loves Twix like I do, and another really wanted lollipops. One even admitted that she had been sneaking candy out of the pumpkin her parents thought was hidden, which gave us a good laugh.

This week, I needed to do a dreaded swab on an adorable child. Let’s just pretend it was a flu swab, since everyone seems to have the flu right now. He was worried about having the swab done, like most 5-year-olds are. He took a breath, stayed calm and got the test done. Almost every time, the swab brings tears to the patient’s eyes. Rubbing his eyes, I heard him say with pride, “I knew I could be brave in my Spider Man shirt.”

He then went on to tell me about his Spider Man shirt – where he got it, how it makes him feel brave, and from whom it was handed down. And that got me thinking about the costumes we all wear to make us feel brave, and also about how many times our kids have to be brave, even when we’re too busy to notice.

All three of my kids loved fairy tales and stories, and we read to them almost every night. I knew then, and I know even more now, how important those stories were to their development. A good children’s story has characters, problems and solutions that serve as examples for our kids – so they don’t feel alone as they learn about humanity. So they can practice that problem before they’re in it themselves. So they can feel brave like a character when they don’t feel brave at all.

Ian Falconer’s character, Olivia the pig, got into all kinds of mischief (and had 2 little brothers like my daughter did). I can still hear my daughter reading those books aloud in her tinny voice: “Olivia! I told you to put your toys away! I could’ve broken my neck!” Then she would pause and I could see her mind ticking away thinking of her own toys on the floor.

“Teeth Are Not For Biting” was a regular read, for obvious reasons. “Disappearing Desmond” had an extremely shy character who struggled to participate in group activities until a friend invited him in. “When Sophie Gets Angry” showed a girl losing her temper and running to get the anger out until she could calm herself down in a peaceful tree.

Dr. Seuss’s “What Was I Afraid Of?” taught a lesson of being afraid of someone (or something) who is different just because it is unfamiliar. I’ll never forget the look in my kids’ eyes when I read the line, “And I began to see that I was just as strange to them as they were strange to me.” Night after night, the lessons would sink into their psyches.

Through all the books and stories, my kids absorbed plot after plot and got to know character after character. All of this taught them – before they had to experience it themselves – about hardship and conflict. About good and evil and fixing a problem. Standing up for people you love. Finding your place in the world. Being brave like Spider Man.

One of my sons had an obsession with the “bad guys” in the superhero stories. He liked Doctor Doom and the Green Goblin. I wonder what it was in him as a 3- and 4-year-old boy that needed to identify with the villains, especially since he is one of the most tender-hearted kids I know. I asked him this morning, and his teenage response was, “Bruh, don’t act like you’re a deep thinker,” so maybe I’ll never know.

Stories allow us to try on different identities, to showcase traits we want for ourselves (for example, most kids want to be a T-Rex, not a gentle plant-eating dinosaur). Costumes do the same. Encourage your kids to read the stories, watch the movies, and broaden their minds.

Sometimes our lives are so busy that we don’t stop to see things from our kids’ perspectives. I don’t remember all the times I was nervous growing up. Some of them occurred before I was able to form memories. I still have a near-paralyzing fear of talking in front of a crowd – in high school debate class, when I ran for student council, and last fall when I spoke to a mother’s group. Every time, I have had to put on my Spider Man shirt-equivalent, and get it done.

We can’t take the hard times away from our kids, but we can stand beside them and hold their hands until they are able to dig down and find their own bravery. We can help them learn words for the entire human emotional experience, allow and encourage them to feel every feeling. All of this will help set them up for stronger mental health in life.

When you work in a pediatric office, you see kids trying to find their bravery all day long. For some of them, just walking in the door of my office takes bravery. Talking to a grown-up (me) about themselves can be hard. Getting up on the exam table for a check-up, when the table is taller than some of their heads, is like climbing Mount Everest. Don’t even get me started on the swabs, the shots, the blood tests. It takes a whole lot of bravery to grow up.

This particular mom has obviously done her job well, teaching this young child that it’s OK to be worried and afraid. She has taught him to stay calm and to recognize, “this is a situation where I’ll need to be brave like Spider Man.” This particular child, in the Spider Man shirt that helped him be brave, already has a pretty healthy understanding of emotional health.

As usual, I have a song to go with my thoughts. I love this song, and wish its message for a whole generation of people trying to find their voice.

Fallen for the fear and done some disappearing

Bow down to the mighty

Maybe one of these days you can let the light in

Show me how big your brave is

Say what you want to say

And let the words fall out

Honestly I wanna see you be brave