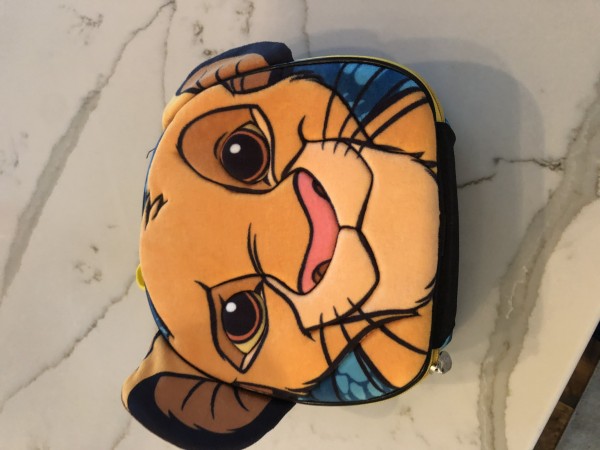 I don't know about you, but the smile on this sweet lion's face warms my heart. The artists got this one right. The smirking face, above, screams- sweet, smart, confident- and evokes all of the comforts of a safe adolescence. And while I hold this sentiment in my heart 99.9 percent of the time.....I struggled to find it during back-to-school shopping.

My soon-to-be 4th grade son brought the lion cub lunch box over and threw it in the cart. This was his big back to school purchase- the new lunch box that would take its rightful place among the row of perfectly good, and previously stained, lunchboxes, in our pantry. Although he certainly didn't need a new one, this was an indulgence our kids always looked forward to. As the lion joined our cart and our pride, I started to sweat. My soon-to-be 4th grade boy chose a fuzzy lunchbox with a cartoon lion's face on it....to take to school.

Now, if you are a parent of a 4th grade boy, or a former 4th grade boy, or have ever even been in the vicinity of a pre-pubescent male on the cusp of upper elementary or middle school, I imagine that you are sweating and cringing and dying a little inside. You know exactly what I know- that there is HUGE potential that my naive 9-year-old will be blood in the water for boys that are wise beyond their years and looking to use this moment of vulnerability to secure their place in the social hierarchy. At age 38, I stood picturing what my 9-year-old's crushed spirit would look like, after a public tongue-lashing from the aforementioned boys. My fragile and protective mother's heart- and the wounded elementary schooler inside of me- began to look for a solution to avoid the heartache.

I am not proud of the rest of that day's events. I attempted to casually ask my sweet boy if he was certain this was the lunchbox for him. I cautioned him that if he spilled, the fuzz may not clean well and his precious friend may be dirty. I hypothesized that the irregular size of the lunchbox may not fit his favorite treats and that perhaps a more sensible shape would better serve his growing appetite. However, as you already know from the picture of the lion cub on our counter, he determined that my worry was for naught and the purchase was finalized.

Later that day, on our final stop, my sweet boy saw another lunchbox that he liked. It was black and boasted a sports logo on the front. It looked very masculine, grown-up, and would not only fly under-the-radar, but may even gain some envy from the boys that I feared in the first scenario. Relieved, I mentioned that a change of lunchbox selection was very sensible. We could simply return the fuzzy lion, and move on.

I wish I could say that is all that was said. But it wasn't. I heard myself say, "This is probably better, because the other one was kind of babyish." Oh. My. Goodness. The look on my sons's face was of total devastation. I think I witnessed what he will look like in future years when an undeserving person breaks his heart...and in this moment, I was that person.

Shame swept over both of us. With utter disbelief and complete disappointment, he said, "You think I'm babyish?" Those words stung and I found myself next in line at the check-out with eyes welled and heart broken.

The next few moments were a blur. I apologized profusely. I tried to hug and kiss and bandage the wound I had just caused, with words I knew were empty and insignificant compared to the damage I had just done to his sense of confidence in following his heart. In my insecurity, and inability to protect my loving boy from mean comments and hurt feelings of other 9 and 10 year old boys, I had shamed him and told him that what he loved and thought was special... was not good enough. I told him that his ideas were not good for the world- or for me.

ME. The mom that has sent her boys to school with their nails painted and let their free spirits run with long hair and wild dreams. ME. The mom that has preached and attempted to talk through what it looks like and sounds like to be free to be who you are, regardless of the pressure of what peers may be doing or saying. ME. A mom who in moment of fear and insecurity- attempted to pressure her boy into making a choice that would mean fitting in, rather than being confident and free to follow your voice in the direction your heart and head point it.

I sat with the guilt from that incident for two days. I talked to my husband about it- mortified to say aloud the words I had spoken and pressure I had put on our son to make a choice to "fit in". I knew that I couldn't leave the incident as it was. So after two days, I went to our son and had to tell him my truth.

As we did our nightly snuggle before he fell asleep, I asked if we could talk about his lunchbox. He pulled the covers over his face and muffled through the sheets, said, "I still can't believe you called me a baby." I clung tightly to the long body under the blanket and realizing how much he and I both needed to continue to work through our story.

And although I am sure it wasn't this rehearsed, here is the sentiment of what I said:

"I own you an apology. I know that I have already said I am sorry and reassured you that I don't think you are a baby. I think it's important that you understand something about me that I am not very proud of. When I saw the lunchbox, I worried that other kids in your class may be mean to you. I worried that because it wasn't sports themed or something plain that it would draw attention- and that words would be said that would hurt your feelings. And truthfully, I worried how I would feel if I couldn't protect you from being hurt. I want to protect you from everything that could make you feel less than enough. And the biggest thing I want you to know, is that I forgot how brave you are, and I cannot tell you how ashamed I am that I considered my fear before your bravery."

It was almost like he knew the Grace I needed, but didn't deserve, in that moment. He laid quietly and just allowed me to hold him for a second as he took in my words. He lifted the covers from his face and said, "Mom. I don't care what those kids say. I like what I like and they can like what they like. I don't need to be just like them. I will be just like me."

I held my breath. This man-child had it more together than I did. Through my tears, I saw the shape of his head turn to see me and my reaction. I knew that affirming his sentiment was more important than ever. I said:

"See? Brave. You are so brave and so capable. Thank you for being brave- even when I am not. I never should have questioned your bravery and promise I never will, again. I will work on choosing brave over being afraid, just like I ask you to do. In the future, if you ever feel like I say something that makes you feel like I want you to be something that doesn't feel true to you, please remind me to be brave."

While I am not certain my words were not perfect, I am certain that the moment we shared took bravery, from both of us. I wish I was able to bottle-up the feeling that lingered between us- a reminder of the strength and bravery it will take to raise brave kids- kids that are willing to be vulnerable and withstand the pressure to conform. I would share what it felt like to be brave with the 9-year-old I was apparently still raising inside of myself, and remind her that the only way we learn how to be brave is by standing in our truth and facing the battle head-on.

If this situation has taught me anything- you guessed it- I need to work on being brave. This will not be the last time I have to be honest with my children about a side of myself that I wish didn't exist. As a mother, I need to accept that our sons will not grow and become all they are capable of being if I attempt to shelter and protect them from the hurts their hearts will have to bare. Perhaps the most profound thing I have been awakened to in all of this, is that in order to raise brave, loving, kind, compassionate boys- I will have to be brave, too. I am certain that they will provide ample life opportunities for me to practice. And when the time comes, I will take their lead- and we will grow into being brave, together. 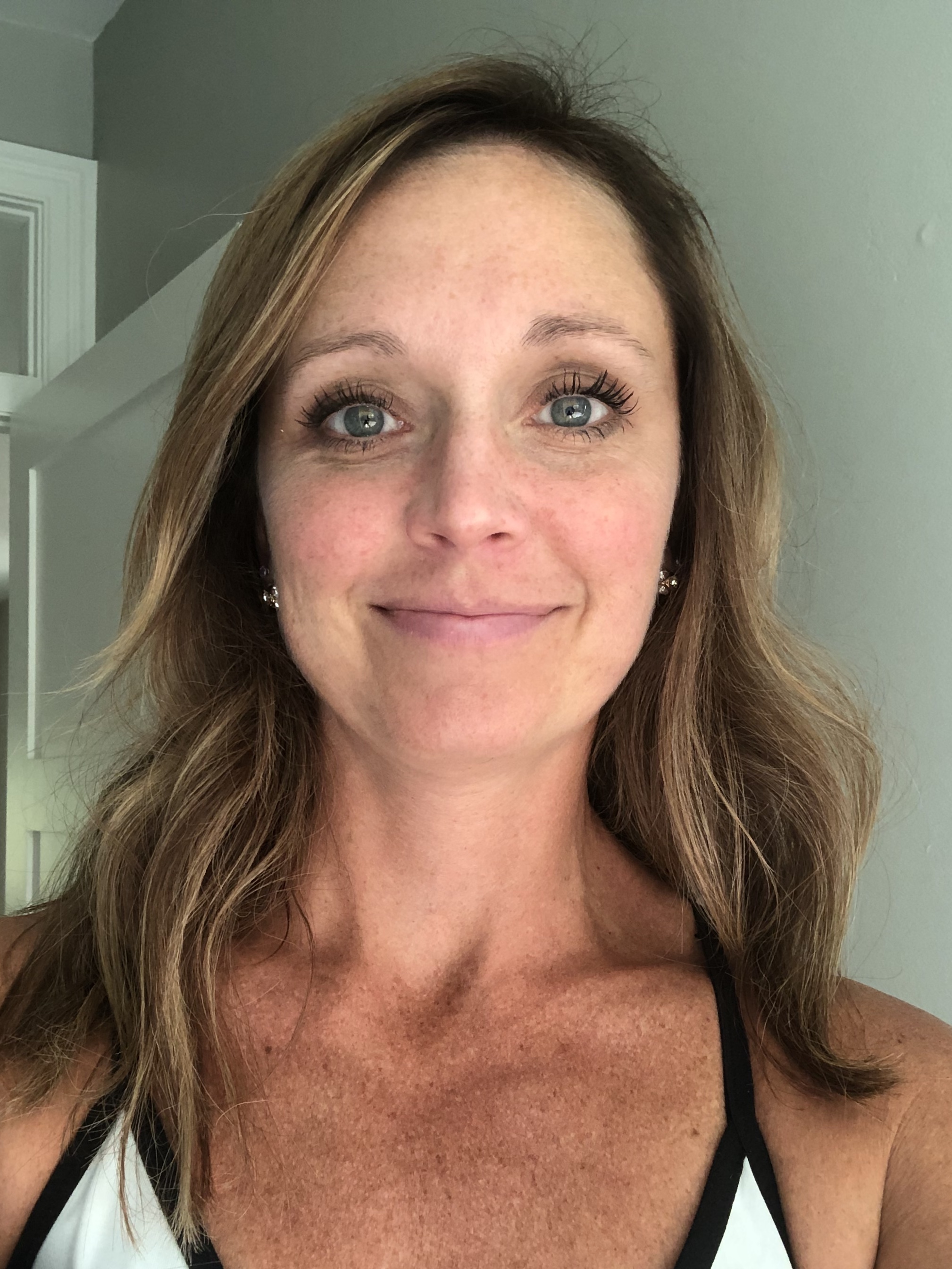 I am a wife, mother of two boys and former educator. I love to write and choose my content based on the idea that we can unite our world through shared states of emotion and experience.