Advocating Can Be Different.

Published by Lindsey Althaus on July 9, 2021

We are coming out of a hard few weeks with Jeremy’s health. In the last 48 hours glimmers of Jeremy are coming back as the steroids are tapered off. I feel like I can finally breathe. The level of steroid intake that Jeremy is currently on can cause severe anxiety and depression as main side effects. We were definitely seeing that all around over the last few weeks as steroid intakes became higher. It’s hard to watch your happy person turn into something you’re unfamiliar with. I think we are at a point now of healing. Figuring out a new normal. I don’t jump into action as much when I hear Jeremy cough. I’ve been able to start sleeping again. Some of the scarier breathing issues Jeremy suffered from happened at around 3a so pretty much almost everyday I’ve been up at 3a even when I didn’t have to be.

I told Jeremy earlier this week that this is one adventure I never want to relive again. It’s been the hardest adventure that we’ve had, and we’ve survived hospital stays for the NICU, head trauma, and seizures. As we are coming out of this season, hopefully, I’m grateful it happened. It taught me how advocating for Jeremy is completely different than advocating for the kids. It taught me how Jeremy and I handle things differently. When things get hard or scary I dive into research I figure out what the plan should be and I leave no question unasked. I also hate the sugarcoat just tell me straight what we are looking at. I’ve learned that I can keep it together for a really long time as long as I know. The baby steps to figure it out don’t work for me if there’s a hunch that’s what we’re going with and that’s how we’ll deal with it so I can hope for a positive ending. It took a lot of practice to get to this point but I’m here to make sure that we don’t have to relive whatever we’re going through at the time.

Jeremy is an ease him in guy. In our first 15 minutes at the ER last week the nurse practitioner came in and wanted to know about Jeremy’s ICU history. Me figuring that that was the way to day would go accepted that question and Jeremy’s answer of he’s never had to stay there. The nurse listened to Jeremy’s lungs and within 30 seconds two doctors came in and they all agreed there was a serious issue. No right lung breath sounds could be heard. The consensus was that a STAT X-ray would happen and a prep for transfer. I knew pneumothorax before they even said it. I knew an ICU stay was going to be necessary. I was thinking about the kids and what our plans would be for them. I was thinking about who I could call to get on a list for around the clock visitors for Jeremy. I was thinking about how we were going to get through this.

For a brief moment I was thinking about how a project I was working on that had fell through. I would have most likely been out of town for it while all this was happening. I wouldn’t be able to celebrate this accomplishment that I have spent months on. I completely understood in the moments of panic that I needed to be in that emergency room with my person. They had Jeremy hooked up to everything and he was taking a breathing treatment and he asked what they thought it was I said pneumothorax and he replied: “I know what does that mean?!” I said: “collapsed lung on the right side.” His reaction was simply pulling the mask down and saying: “YOU COULD HAVE SAID THAT WITH A LITTLE EMOTION LINDSEY COLLAPSED LUNGS ARE ONE OF BIGGEST FEARS.” I took a couple deep breaths and said: “They seem less concerned about it if they’re giving you time to have an X-ray and they didn’t bolt in and fix the problem so if it is one they’ll give you meds and take care of it at a bigger hospital.” He then began to list all they symptoms of a collapsed lung.

Thankfully, lungs were completed inflated and a new approach to what was happening was started. Jeremy’s lungs were so irritated and inflamed it was hard to get a read on the right lung. After 4 hours in the hospital they opted to do an observation admission. Which means they bring you the meds and everything you will go home on and they taper you from a hospital to a home dose and make sure you are stable enough to go home.

Jeremy was discharged in 19 hours and told to go home and rest. Which he has tried to do. The stress of work and follow ups has happened but for the most part resting is happening. One of the hardest things that we are dealing with right now is that Jeremy feels he has bounced back but his body is saying otherwise. I’ve always seen Jeremy as this tough guy who has been through a lot in his life and it’s made him the amazingly strong human he is today.

But for the last few weeks especially this week he seems super frail. He asked to take Whit to therapy on Wednesday night and I agreed that it would be good for him to get out of the house. He came home and 15 minutes later sound asleep on the floor like a chalk drawing you see on the news which is very in and out of character at the same time.

I’m grateful that things are slowing down and we are getting back into our regular summer routine. I feel like this crisis brought us closer together. In our relationship I’ve always been the one in the bed at the hospital so it was a different view. I learned a lot about how Jeremy needs to be taken care of. While I never want to relive it again I’m grateful it happened. I’ve learned that not all advocating is created equal and as Whitman gets older and hopefully has an opinion so I can advocate the way he wants me too. Life is all about learning and being grateful. The last few weeks has taught me both. 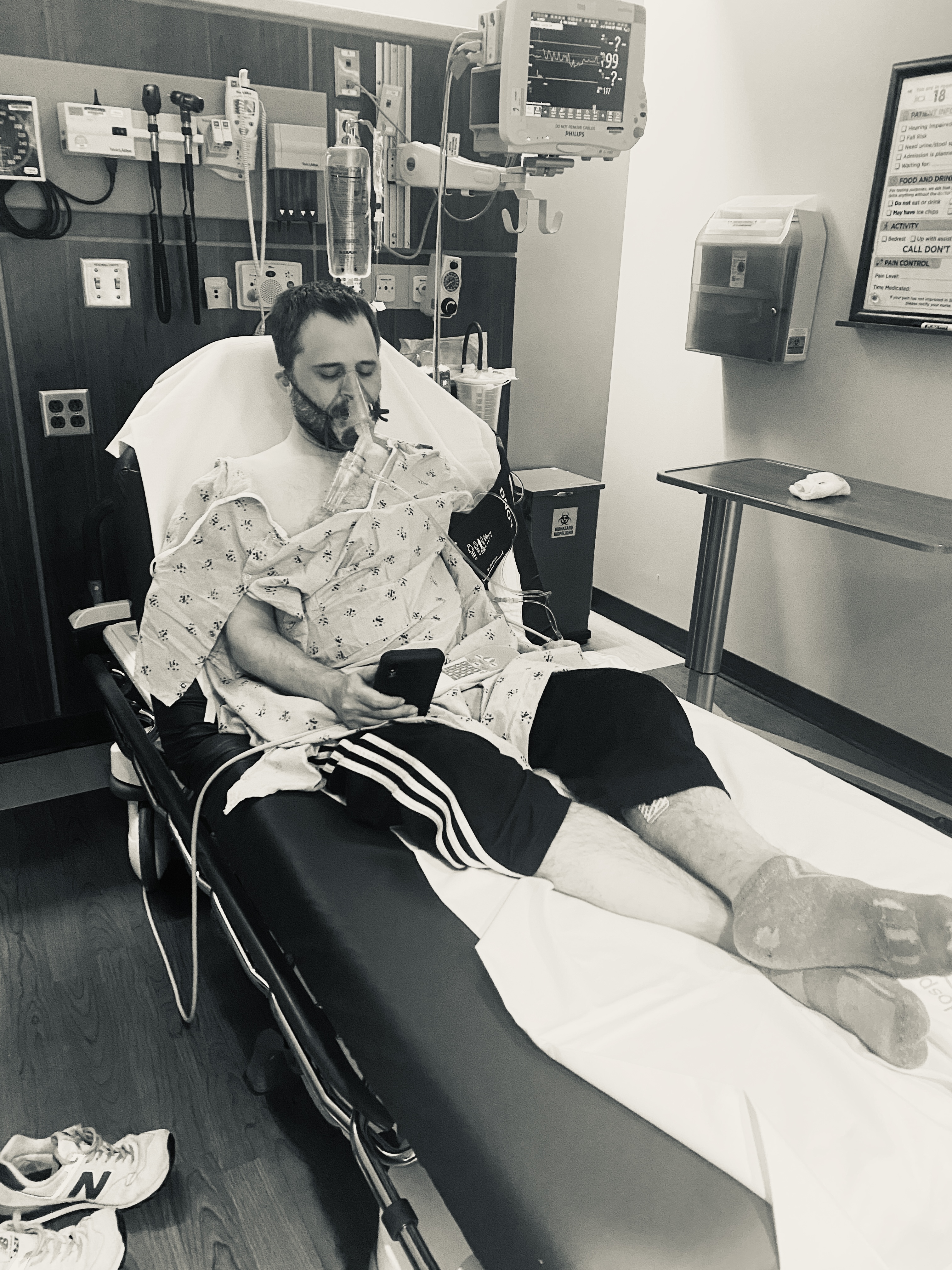 Angels and Miracles!
April 20,1999 - Columbine tragedy... Dalton is born!
Lessons learned from a year in the NICU/PICU
advertisement

Angels and Miracles!
April 20,1999 - Columbine tragedy... Dalton is born!
Lessons learned from a year in the NICU/PICU