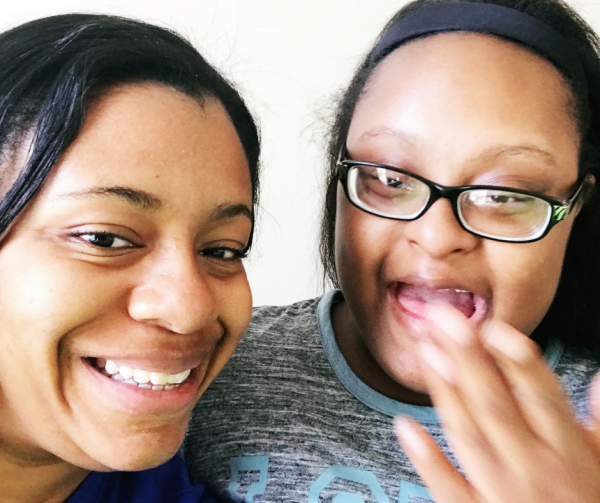 Today my daughter scored “High” on the probability scale of an Autism Spectrum Disorder Diagnosis.

And she already has a diagnosis of Down Syndrome.

As a mother and for a long time, “Autism” to me has felt like a huge salty blue sea, with waves that billow and crest without warning.

Autism to me is like viewing a crowd of children with Down Syndrome, and still feeling like we didn’t really fit in.

Autism to me is like battling on a field of textures and sensations and emotions that are extremely overwhelming… but there's no winning side and the battle never ends.

Autism to me is my daughter’s daily struggle to interact and communicate in a world that survives and thrives on both verbal communication and cues from body language …. A world where she just isn’t fully equipped.

Autism to me is saying no to certain activities, simply because the THOUGHT of the activity is exhausting.

Autism to me is the reality that my daughter was born different, on top of her differences.

Autism to me is a title or name for things that are hard to miss.

Except that I did miss it.

My daughter has shown symptoms of Autism for years, but we only recently received a diagnosis today.

Autism to me is now a word that describes the feeling that I felt for years, the question that I feared to ask, because I felt unsure of the response.

I am, however, glad I asked the question. The parental gut instinct is a powerful tool. If you are parent, you should use your instincts and always ask questions too.

Here are 5 reasons why.

About 8 years ago, 2 sweet teachers pulled me aside and lovingly asked me if my daughter Tayler had ever been diagnosed with Autism. I felt deep down that there was more to her genetic makeup than just Down Syndrome. I saw the things they saw, and I noticed that she was simply “different” than her peers with Down Syndrome. Lots of kids with Down Syndrome have sensory difficulties, but hers tended to be easily noticeable and often affected her ability to function. She had difficulty with speech and trouble interacting with her peers. Plus I just didn’t see the progress and growth that I saw in other children with Down Syndrome.

If you know anything about Down Syndrome, you may know that it is only just recently that doctors started diagnosing children with both Down Syndrome and Autism and more research must be conducted to support the diagnosis.

If your child doesn’t fit the mold or if your gut won’t let you sleep, be the parent that keeps asking.

When she was born 15 years ago, there were no children diagnosed with both Down Syndrome and Autism. Those Autism symptoms, such as lack of communication, repetitive behaviors, social impairments, were attributed to cognitive deficits associated with Down Syndrome.

When I asked several years ago, my former pediatrician essentially told me that because she “smiled” and “interacted” with others, most of her behaviors could be attributed to her Down Syndrome diagnosis.

Science evolves and will continue to do so.

If you as a parent don’t have answers yet, keep asking because science and research may not have developed your solution or diagnosis yet.

We obtained Tayler’s diagnosis after visiting a neurologist. She was extremely thorough in her questioning. I completed questionnaires, as well as Tayler’s teacher to provide a complete picture. Now that she has an Autism diagnosis, I can accurately plan for her future. She will also have the opportunity to be exposed to more services should she need them in the future.

Be the parent that keeps asking, so that you can create a better future for your child.

Now that we have a diagnosis, I feel as though I have a larger support system. There are many families and even Facebook groups to get information and ask questions related to Autism.

It still takes a village to raise a child, and I am okay with having more than one village.

I’ve felt for a long time that Tayler was different.

And though a piece of paper describes her as “Atypical”, her smile is and always will be beautiful.

My husband and I will always be her fiercest advocate. My “Mama Bear” gene has been strengthened.

Both my husband and I are prepared to take care of her no matter what diagnosis comes her way.

She shall always experience and feel our love. We will do our best to help her live a happy and fulfilled life.

The truth is, Tayler may be Dually Diagnosed, but she will always be more than doubly loved. 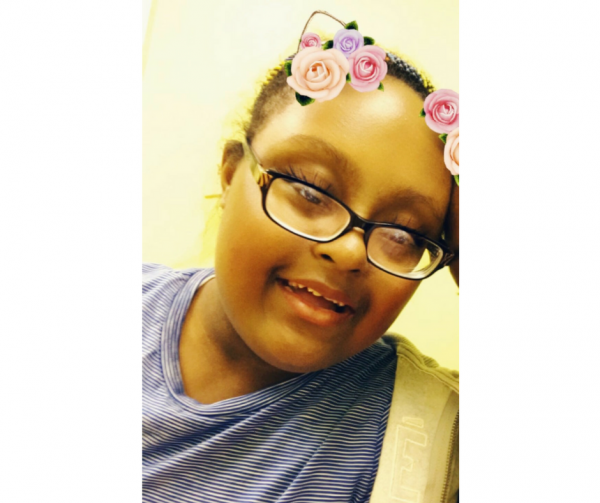 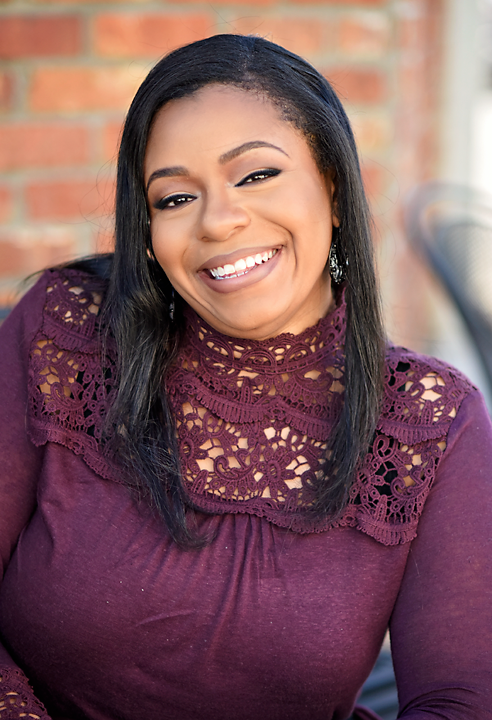 Keli Gooch is a Licensed Mental Health Therapist & Nationally Recognized Writer. She is mom to a daughter with a dual diagnosis of Autism and Down Syndrome. Keli is currently pursuing a graduate certificate in Applied Behavioral Analysis. She writes in her spare time. Her most popular book "Watering the Soul: A 91-Day Journal for Caregivers" was written after a random trip, with 7 strangers who were writers, and are now the best of friends.

I'm Taking My 14-Year-Old Daughter's Advice (And 5 Reasons You Should Too)
What If It's Not Dyslexia Or ADHD?
A Developmental Delay is a Comma, Not a Period
advertisement

I'm Taking My 14-Year-Old Daughter's Advice (And 5 Reasons You Should Too)
What If It's Not Dyslexia Or ADHD?
A Developmental Delay is a Comma, Not a Period