3 Things You Should Know About Adoptive Siblings

Published by @globalmunchkins on November 2, 2016

As a mother of five children through both birth and adoption I have had front row seats to some of the most epic sibling rivalries. Trying to meld a family together after introducing a sibling who is NOT an infant is not the easiest task for anyone involved. But, I have also witnessed some of the most heart warming and beautiful connections being fostered in my own home. So, to the mothers out there who are busy trying to intertwine siblings from adoption, foster care or previous marriages together I thought I would pass along some insight I have learned along the way. 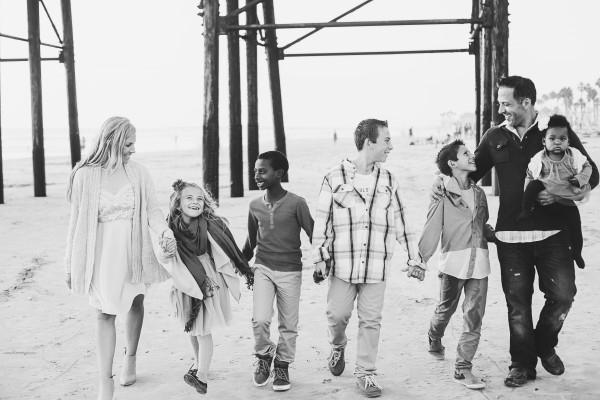 1. Blood is not thicker than water, but family ties are.

Before bringing home our son from Ethiopia 6 years ago, I often wondered how the kids would react. I worried that the bonds between my biological children would be stronger than those between my biological and adopted children. I stressed over how our family dynamic would change and I freaked out about how the kids would feel about my decision to adopt.

What I have realized over the past 6 years, while raising both my biological and adopted children, is that a lot of my fears in the beginning were not based on any facts. I think as mothers we do this all too often. We think about all the worst case scenarios, we stress over things that we have little to no control over and all it does is hinder our ability to be present with our children in the here and now. 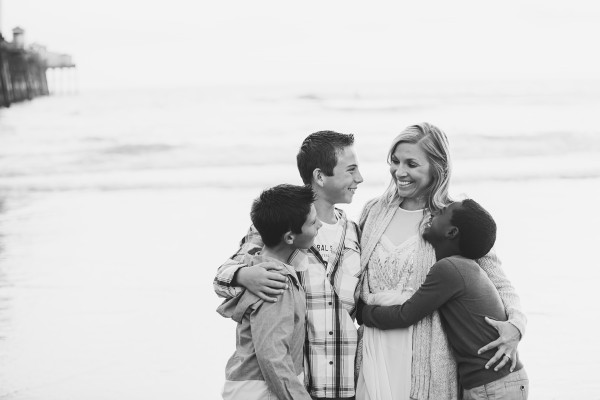 Kids are resilient and they adapt to whatever environment they are in. My kids do not know any other way of life other than the one they are living. To them having an adopted sibling or being adopted into the family is just a fact of life.

Interestingly, our kids don't pair up biological vs. adopted as I had feared. But, rather by personality. My oldest son and my adopted son have a ton in common and share a very special bond. My second oldest son and my biological daughter are like two peas in a pod and EVERYONE battles to be the baby's favorite- ha!

2. They fight just as all siblings do

Truth be told- my kids are far from perfect. They may have embraced the fact that they are siblings in such a beautiful way, but that also means they treat each other just as all other siblings do- they tattle, argue, battle for attention etc... 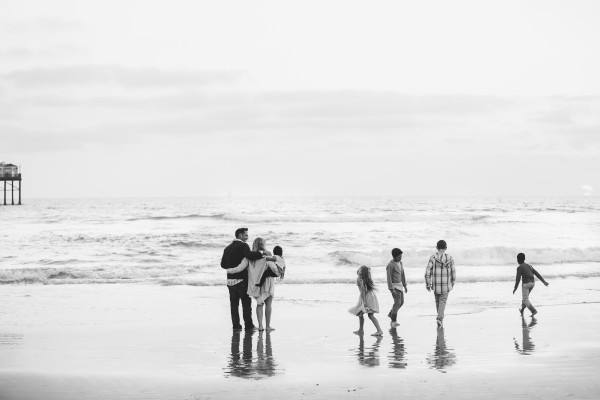 We do have several rules in the house to try and keep fighting to a minimal. We expect the kids to be respectful, honest, forgiving and grateful. As parents we try to model this behavior and pull kids aside to talk to them when they are having a difficult time. But, we also have consequences in place. What works great for us are consequences that enforce the desired behaviors vs being punitive. For example if a child says something mean to another child they might owe their sibling an act of kindness to make up for it. That way instead of sitting on time out they are actively participating in the desired behavior.

When the kids were younger the tattling and bickering were a bit more common but now that the older four are 9-14 years old there has been a big decrease in the amount of times I need to jump in and referee. They seem to be much more capable of working through their problems and coming up with compromises on their own.

3. They learn compassion and acceptance at a deeper level

Both of our adopted children have open adoptions, meaning we have open communication with their biological families. These unique circumstances have educated our children on the fact that families are made up in many different ways whether its adoption, children being raised by extended family, children from other marriages. It doesn't matter how your family came to be, what matters is that you love each other and are committed to supporting each other.

My kids have experienced watching their brother be re-united with his birth family on a recent visit to Ethiopia, they were in the hospital when their sister's biological mother gave birth to her and my adopted children have grown up understanding that three of their siblings came from my own body. Nothing about those three experiences is easy. Yet, these experiences have shaped my children into incredible people. These difficult situations have made my children more compassionate individuals, respectful of everyone's unique and beautiful story. A lesson many adults these days could use. 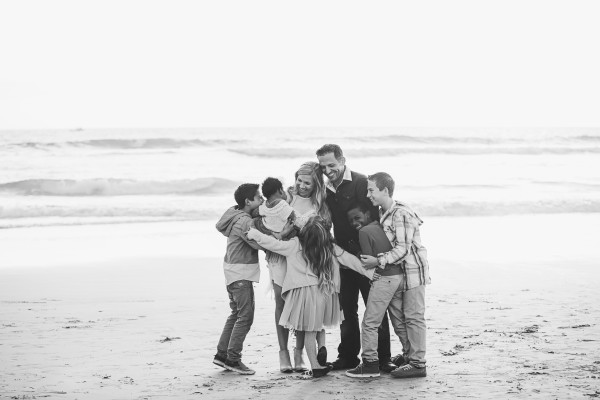 So, when you see my children in a store or on a playground and you feel like asking if they are "real" siblings let me put your mind to ease- their bonds are as "real" as it gets!!!

Wanderlust, Coffee Lover and Internet Addict + Mom to 5 Beautiful Babies through Birth & Adoption and Married to the Most Supportive Hubby in the World! That's me.

Doctors said our adopted son couldn't heal. We're thankful we didn't listen
Yes, My Children Were Adopted, and Yes, They are REAL Siblings
How I'm learning to say 'I don't know' and accept my imperfections as a mother
advertisement

Doctors said our adopted son couldn't heal. We're thankful we didn't listen
Yes, My Children Were Adopted, and Yes, They are REAL Siblings
How I'm learning to say 'I don't know' and accept my imperfections as a mother