Adoption isn't always rainbows and unicorns. In fact, ours felt more like a nightmare in the beginning. And while it would be easy to skip over the ugly parts and show you our fairy tale ending, it wouldn't be real.

In 2010, we brought our son home from Ethiopia. As a prospective adoptive parent, I thought I had done my due diligence in researching ethical adoption agencies and ensuring that I asked the right questions. I read every international adoption book I could get my hands on (literally, stacks of them), took classes on adoption behavior and development, and spoke to tons of experienced adoptive parents. My husband and I even switched adoption agencies at one point after learning about some behaviors that we didn't think were ethical. And, when we received our referral (that is a document that matches you with your future child), we made sure we could travel to meet our son's biological father in Ethiopia before finalizing our adoption. 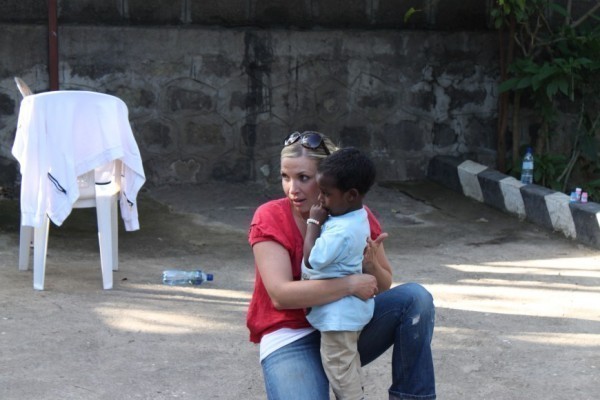 In my head, we had taken all the appropriate steps to ensure an ethical adoption. However, when we took custody of our son everything started falling apart. Our son's transition into our family was masked with terror and fear. He was fighting for what felt like his life. There were many sleepless nights and I remember completely breaking down in the shower one morning falling to my knees, tears rushing down my face because I just didn't know how we were going to make it through another day. We sought out fellow adoptive parents and made appointments with well-respected therapists and doctors, but everyone gave us the same stark diagnosis: Reactive Attachment Disorder, more commonly known in the adoption community as RAD. 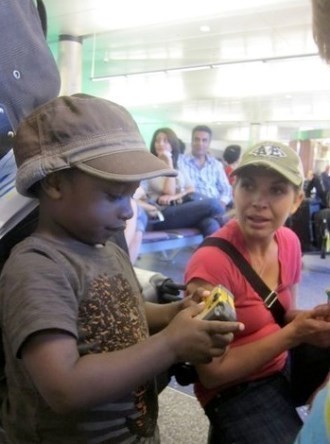 The outlook on our son's future with us was bleak. Numerous doctors and specialists tried convincing us that our son needed to be re-adopted into a new home or that he should be admitted into a mental institution. You guys, he was 4 years old!

Thankfully, my saint of a mother stepped in. She gave me the audacity to turn a blind eye to the professionals and FIGHT for my son. Not a day goes by that I am not eternally grateful for her strength. What our son needed most of all was someone in his corner. He needed someone who would love him unconditionally for as long as it took. 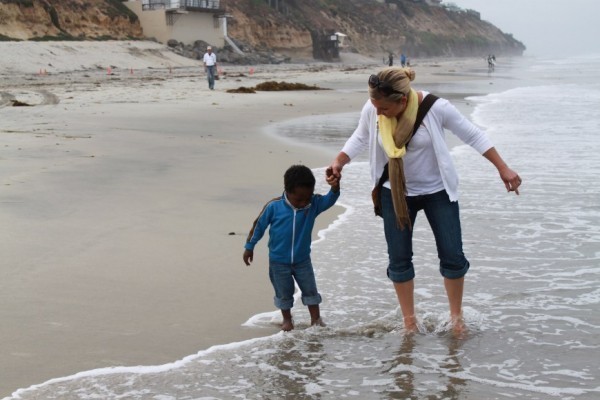 With the help of family, friends, therapists and teachers, our son slowly began to transform into the incredible person he always was inside. 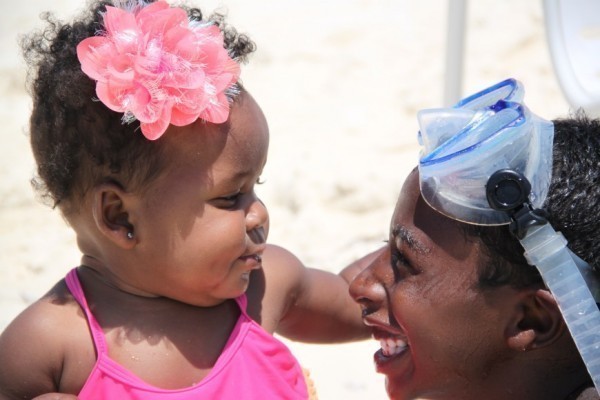 As the time passed and my son developed better English, he confided in us that he knew his biological mom was still alive. He gave us a description that was so detailed and raw that our hearts sank to the pit of our stomachs. What had we done? Had we not taken all the precautions necessary to prevent this from happening? It was one of the worst moments of my entire life. And, it was exactly the point when I realized why our son was having such a difficult time. He was fighting for a very good reason. He knew something was wrong.

I remembered hearing stories about people traveling back to Ethiopia to meet biological relatives and so I started researching. Finally, I came across a personal investigator that had helped multiple families locate biological relatives in Ethiopia. I contacted him and gave him the information that he needed from my son's paperwork. The weeks passed by slowly as we waited for the news. I remember being fearful not knowing what we would learn. If our son was right and his biological mom was still alive, what would we do? Would we somehow reverse the adoption? Would that even be legal or possible?

It was a scary time, full of uncertainty. Until one day I received an email from the investigator. When I opened it there were photos of my son's biological family and it included a woman who appeared to be a mother figure.

When we sat our son down and showed him the images he took one look and shut the computer. I asked him if he was OK. He explained the photo was his biological mom. With the tears wailing up in his eyes, all I could do was love on him.

In that moment I realized how selfish I had been. My fears subsided and I knew right then and there what we had to do. I knew our son, when he was ready, needed to go back and see his family regardless of what that meant for my future as his adoptive mother. His love for them was palpable and something I would never deny him of. 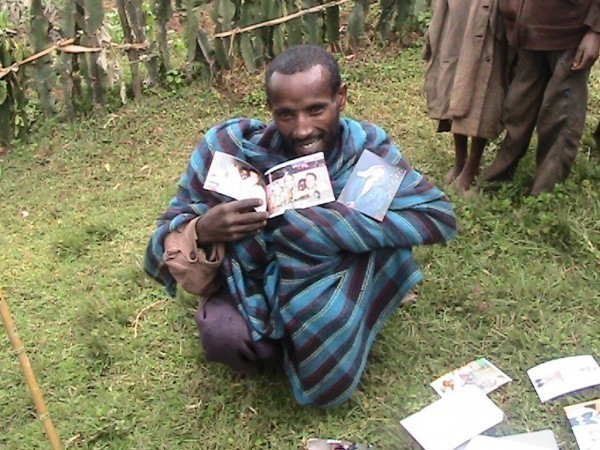 I kept in contact with the investigator and we continually sent and received letters and photos from our son's family. This allowed my son to ask the hard questions he needed to ask, which was no easy task for the investigator. Not only were these incredibly sensitive questions, but our son's biological family also lives in a tiny village on a mountain far outside the main city in Ethiopia and, to top it off, they speak a tribal language that is almost extinct. Nonetheless, this stranger on the other side of my computer, thousands of miles away, helped us keep the connection alive. And, he helped my son get the answers he needed to heal. 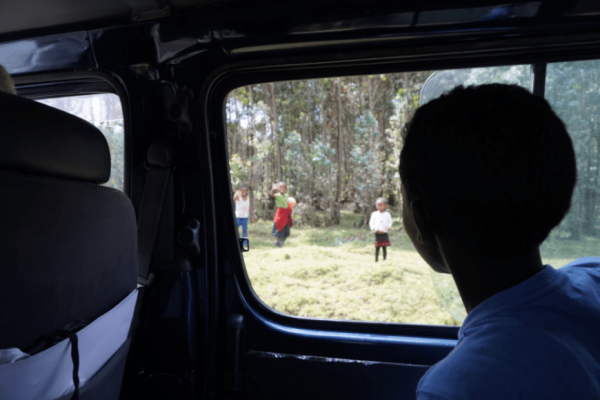 Then in 2015, this stranger became a close friend as he welcomed my son and me into his guest house in Ethiopia and took us on the crazy drive to meet my son's family. We drove hours and hours to get to the village where my son's family lives. We had to sleep overnight at a hotel in a remote area and we even had to switch cars at one point to an off-road vehicle that would allow us to scale the mountain. But, we made it and it was worth every challenge. This trip was a trip of a lifetime, and one I hope we are fortunate enough to make for my son's sake again and again. 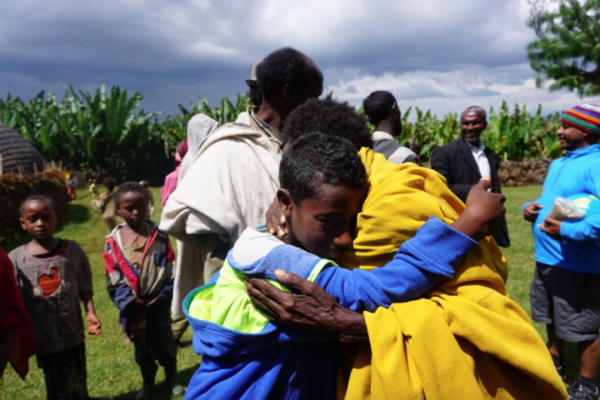 The love that poured onto my son when we returned to his village was the most beautiful thing I have ever witnessed. What felt like hundreds of people (family, neighbors, friends) poured over the hill and piled love onto my son kissing and hugging him. They said prayers over his head and mine. It was incredible. 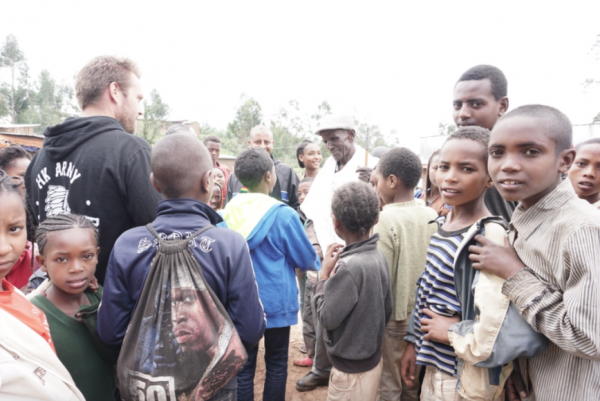 The most touching moment was when my son and his biological mother melted into each other as they embraced for the first time in 6 years. Of course, my son had many questions for both of his biological parents — the first being why they made an adoption plan for him. Their answers were quite simple. Similar to my daughter who was adopted domestically, my son's Ethiopian parents had wanted to give their son a better life. They had dreams he would receive a solid education and move away from the poverty that had dictated their lives. The answer that meant the most to my son, though, was because they loved him. 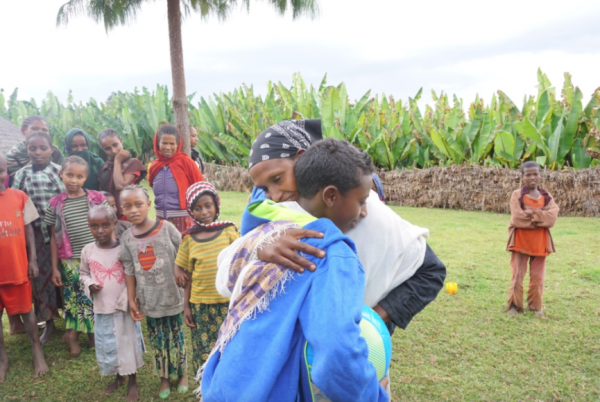 Photo caption: The moment my son reunited with his biological mother.

My son left Ethiopia with a sense of belonging, and not just to one family but two. We made plans to continue our communications via letters and photos. In the future we hope to also include phone calls and more visits as well. It is my son's dream to return to Ethiopia with our entire family so that his adoptive siblings can play with his biological siblings and that is something we are trying really hard to make happen for him. 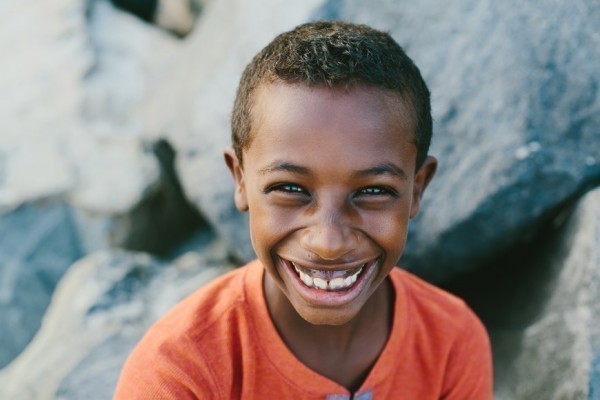 My son is the most amazing, brave and kind soul that I know. He is every bit a miracle and the fact that he wants to share his story in the hopes of helping others who might be struggling humbles me to my core. If you take nothing else from this story, please remember this adoption can be hard, but it is worth the fight! 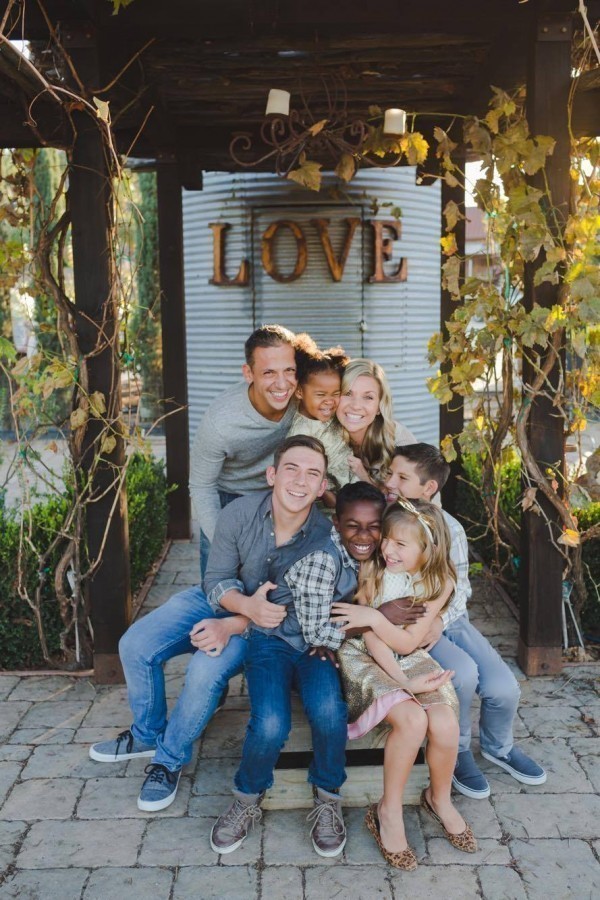 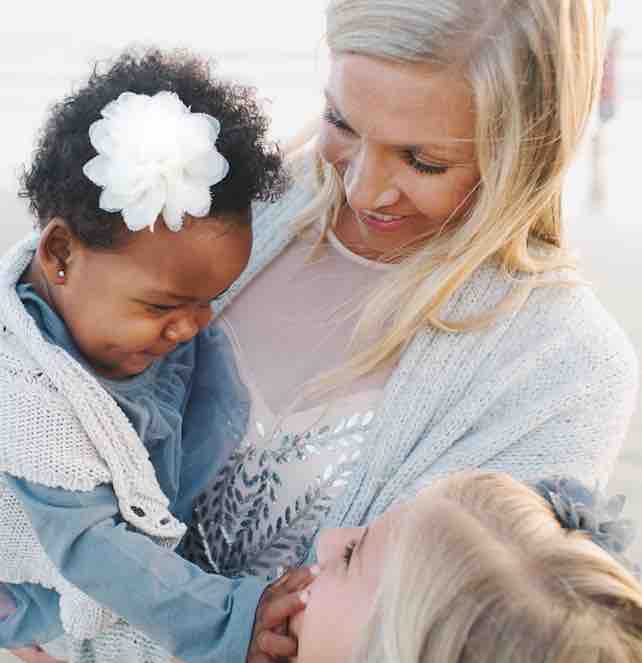