11 Lessons Learned in My 11 Years of Fatherhood

Published by JustinRicklefs.com on June 3, 2015

You still hear it, though thankfully, not near as often.

“I’m on daddy daycare duty tonight.” Or, “my wife is out of town so I have to babysit my kids.”

I’m not certain if you have seen it but something significant is brewing. The landscape is shifting.

Dads today, in all shapes, sizes and relationships, are redefining what it looks like to be a dad. I take that back, they’re not redefining it as much as they are embracing the true intent of what a father’s role should be in a child’s life. 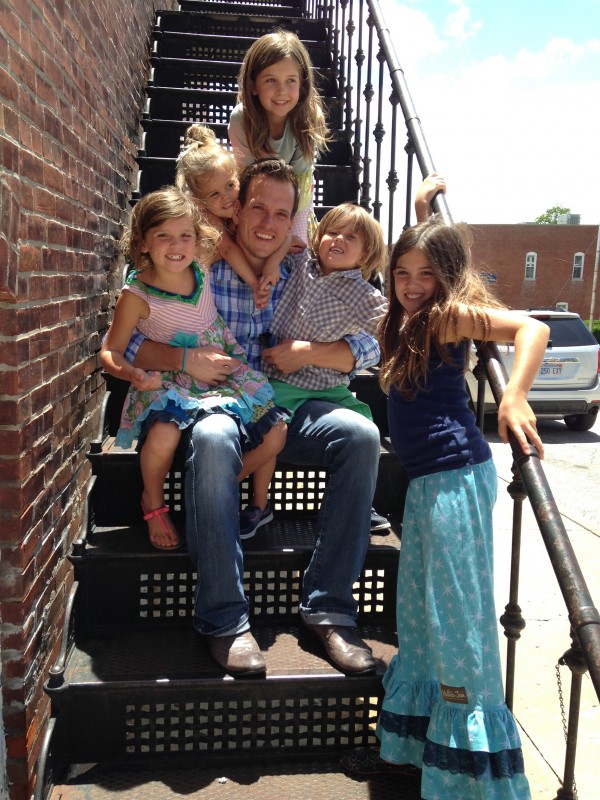 The stories are too common. We’ve all heard them, likely even experienced them.

Physically present dad that worked his tail off to provide a good living. But emotionally absent.

Physically absent dad entirely because he chose other, seemingly more important or at least attractive, options than the hard, gritty reality of raising a child.

Emotionally engaged dad who allowed the anger and short temper side of his emotional pendulum to swing the heaviest.

Dad who gave his best strength to his work, his toys and his buddies. And gave his family the leftovers.

Father’s Day isn’t always a happy, sentimental, joyful day depending on your view of your own father. And this list isn’t meant to provoke shame or hold up the picture of a perfect dad. Because that guy doesn’t exist.

But, if you have the privilege of being a father, whether you’re holding a newborn or you’re in need of repairing a fractured relationship with an adult child, as long as there is breath in your lungs, there is hope.

In my own fatherhood journey I’ve learned these 11 things from other dads that are doing their best.

1. Listen – a friend of ours had a son going through an incredibly tough time in middle school. Getting cut from his favorite sport, friends betraying him, severe self-doubt. To encourage his son to open up, share his feelings and be known, this dad initiated a new bedtime routine. He called it “dead man listening.” A little creepy name to be sure, but the practice is incredible. At night, this dad would lay by his early teen son, close his eyes, lay perfectly still and say, “the dead man is listening.” The rules were simple, the boy could say whatever was on his mind. He could cuss, cry, scream, whatever. The dad couldn’t respond, couldn’t inject advice or his need to try and fix it. The dead man could only listen. Over time, you know where this is going. The son shared and shared and shared. And then started asking his dad for help.

2. Don’t Disappear When It Gets Hard – as men, or maybe just as me, when things get messy and ugly, it’s tempting to check out. Run someplace safe, turn up the distractions and avoid the pain. But real life continues to happen and the dads that are making a difference, don’t disappear. Friends of ours had to do the unthinkable a few years ago. They had to bury their four year old daughter. With more questions than answers, that dad stood tall, even as his shoulders shook with sobs, as he held his wife’s hands while they laid their daughter to rest. The easy thing would be to check out and disengage when it gets messy. But I’ve seen dads stay in the fight and it’s been a huge encouragement for me to do the same.

3. Be the Chief Memory Maker – another friend of ours instructs dads to be the Chief Memory Maker of the home. At times, it’s simple to get lost in the desire to build a career, climb the ladder, and conquer the world that we forget to step back from the day to day and make memories with our kids. Dads I know that take the ownership of setting the pace for their families’ memories have inspired me to take similar action. Sure it could be a huge family vacation, but most often it takes place in the middle of the mundane. Putting your phone down during bedtime, tabling the bills to play ball, pausing the yard work to carve your initials in the tree.

4. They Don’t Need a Hero, They Need a Dad – he’s a new friend, but he’s turning into a really good one. The kind that you feel like you’ve known forever, even though it’s only been a few months. He has this saying, “they don’t need you to be their hero, they need you to just be their dad.” I was sharing a few fatherhood struggles I was having when he shared this. It removed the pressure to have all the right answers, know the magic formula and outline the perfect plan.

5. Love (or at least Honor) Their Mom – my wife has this friend from college, the kind that will also watch our kids graduate college. She’s one of three, all girls. At her wedding, my wife and I were newlyweds but were expecting our first child. I asked the dad of these three beautiful, grown women what the best advice he’d give a young guy just starting out. Without hesitation, he said “Love their mom well.” I’m learning that to be a great dad, it flows from my love for Brooke. And for the single dads out there, it flows from honoring their mom, even if there are tough feelings. The way we as dads hold up, honor and speak about the women in our lives will make a tremendous and lasting impact on our children.

6. Prepare Them For Adversity – a good friend of mine works closely with several high profile NCAA football coaches. The ones you hear about on College Game Day nearly every Saturday morning in the fall. Big time type guys. Through this friend, I was privileged to speak to one of these coaches about his parenting philosophy. His two main anchors were to love them unconditionally and to prepare them for adversity. Because adversity is coming, for all of us. His belief is that his job was to prepare his children to overcome the tough obstacles, the deficiencies, the struggles.

7. It’s OK to Cry – some of us grew up with very distorted images of masculinity, the ones that were only showing men pulling themselves up by their bootstraps and never falling apart. Never being caught off guard or showing weakness. But real life isn’t that way is it? And dads today are showing more real emotion. I smoked a cigar with a good friend around a firepit recently and through tears, he shared some fears and challenges he was having with his career and how that was impacting his family. Masculinity isn’t bottling up emotions and pushing stuff down deep where it can’t hurt, I’m glad my friend helped me see that.

8. Pour a Foundation of Hope – it was an off-the-cuff comment but one that has stuck with me all these years. A business mentor of mine, when I was cutting my teeth in the real world, said these words to me when he heard we were expecting our first. “Pour a foundation of hope, your children will thank you for it later.” I was expecting advice on how to get her to sleep through the night or how to start a college fund, something practical like that. But he went much deeper. Instill hope, pour it deep and watch them change the world.

9. Don’t Simply Tell Them, Show Them – my own dad taught me this one, he’s a dear friend as well. He was the kind of dad that told me he loved me, that he was proud of me, that he was pulling for me. But he was, and is, the kind of dad that would hug me, kiss me and give me one of those big, only dad can do, kind of bear hugs. With my own five kids, I am doing my best to model healthy, physical embrace. Holding hands on walks, kissing good night and cuddling in bed to keep the nightmares away.

10. You Have a Direct Influence on Their Own Love Life – of course moms hold a tremendous amount of influence in every child’s life, but there really is something different about the role of a father. Maybe it’s because we’re still often viewed as Daddy Daycare, but when a dad is really engaged (and tons of us are), it shines bright in the life of a child. Equally though, when we disengage, shrink back and disappear, it shows in our kids as well. They run to other sources to find love, affirmation, encouragement. Sometimes in unhealthy places. A mom friend of ours told stories over wine in our kitchen about the wounds she experienced from her own dad. He never said he loved her, never displayed affection, he never told her he was proud. Literally never. He’s gone now and she's spent decades twisting her way through relationships trying to find her way. The power of a dad in a child’s life is unmatched.

11. Love Wins – this list, and most of them like it, could begin and end with this one bullet. As I’ve fumbled, stumbled and made mistakes these last 11 years as a dad, I'm continually reminded to keep loving my children. Love protects. It provides. It gives hope. It encourages. It forgives. It keeps moving forward. It puts one foot in front of the next. In the end, it wins.

I’m grateful for the friends in my life, the ones that have played a major role in shaping the dad I am. And I’m excited to see how they’ll continue to shape me. 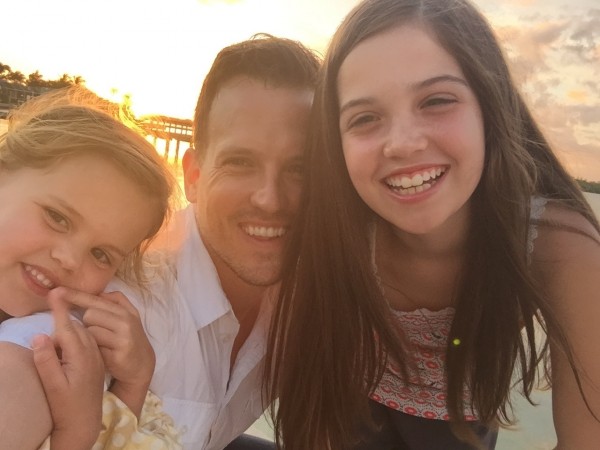 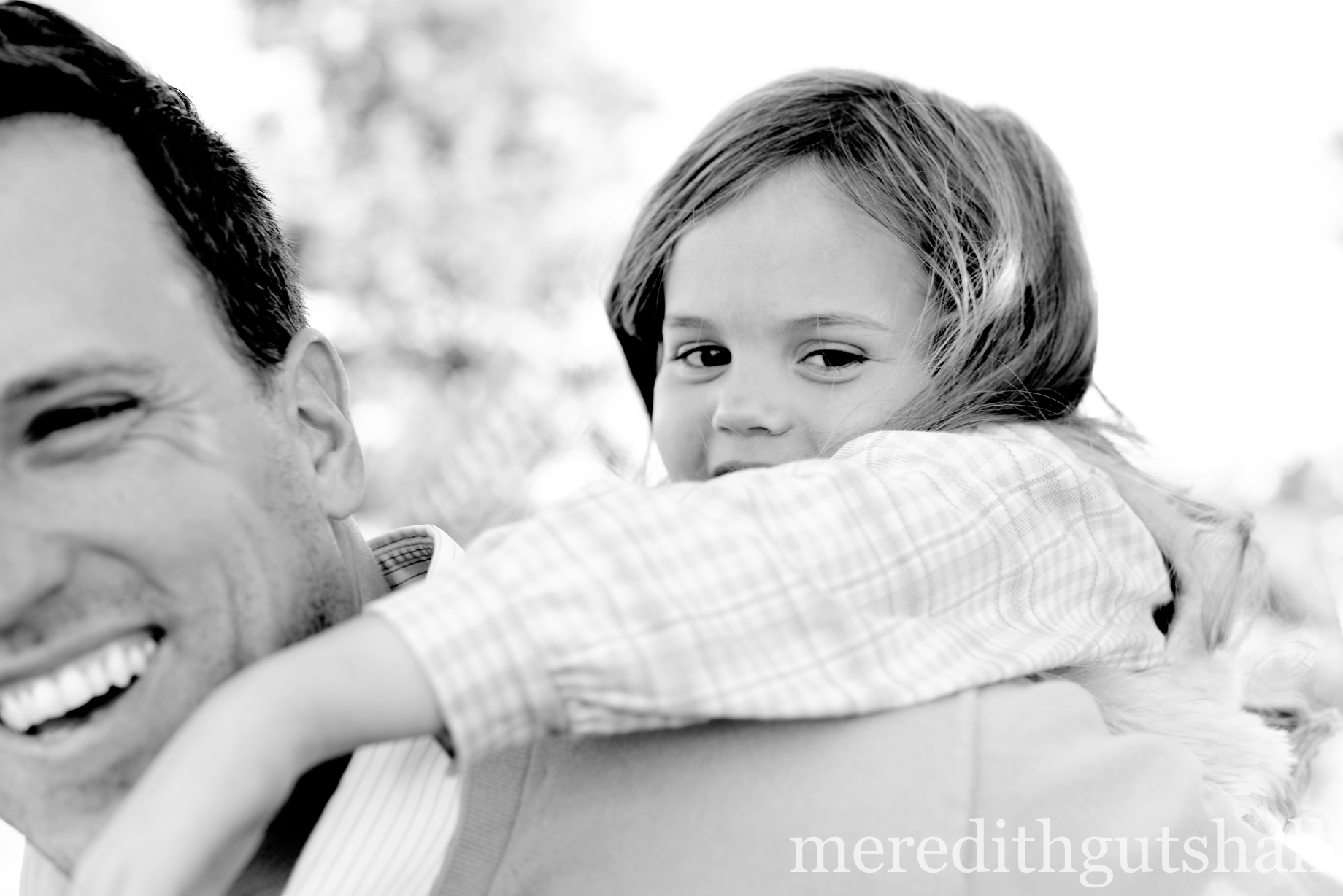 Husband. Daddy to four girls and one boy. Writer. Storyteller.