It was a typical Saturday. We were invited to a picnic at my husband Jeremy’s uncle’s house. It was a small affair of just immediate family and us. We were excited to see everyone since the pandemic had had us at home for some time, only going out for basics and to Whit’s therapies and school.

We smoked queso and made a pasta salad. Loaded everyone in the car, triple-checked to make sure we had everything, and off we went. We got there, unloaded, said our hellos, grabbed food and began hanging out. Whitman likes to “explore,” and exploring easily turns into wandering away if we aren’t watching. I checked on him and he was looking at the tractor in the garage. Whit loves tractors, so he was excited.

One of the cousins was in the garage and he said, “He likes tractors like Reese. Must be an autism thing.” In my head I was thinking: “Oh no, I don’t want to have this talk.” I smiled and said it’s not. Everyone is different. Just like you may like something that everyone likes. He said, “I guess.” Then he goes: “Why doesn’t he talk?!”

I explained that Whitman had apraxia and his tongue and his brain don’t always get along, so he uses an iPad, pointing, or sounds to communicate his wants, needs, and opinions. Then the bomb was dropped. Two days later, I’m still in shock that people, especially family, are teaching their kids this. The pre-teen cousin said: “Oh, so he’s 'special' like his dad. At least that what my mom says."

I was thrown off by this because my husband is quirky with an amazing sense of humor. It takes him a while to warm up, and when he does you see that he’s the best human. So I said, "While Whit’s dad is a special human being, he is smarter than anyone and designs cars for a living."

I’m dumbfounded that quote “special” is still a thing and that people don’t have talks with their kids about different humans. They just throw out their judgmental ideas and then wonder why they are getting calls that their child is the bully. I feel like I’m always on the defensive about Whit over basic human rights. He should be able to look at a tractor without someone assuming it’s because he has autism. After that encounter I began thinking about 10 things that I want parents to teach their kids, and themselves, about kids with disabilities. 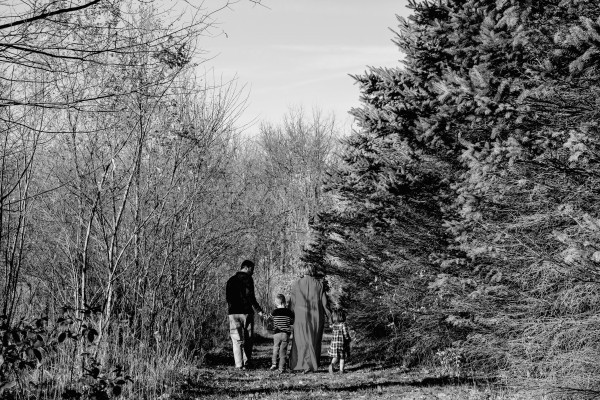 It’s Ok To Take The Path Less Traveled: And five other things I’ve learned over the last school year...
NICU Awareness And Gratitude Towards The March Of Dimes
What My Husband Said In The NICU That Changed Everything
advertisement

It’s Ok To Take The Path Less Traveled: And five other things I’ve learned over the last school year...
NICU Awareness And Gratitude Towards The March Of Dimes
What My Husband Said In The NICU That Changed Everything