NICU Awareness And Gratitude Towards The March Of Dimes

Published by Lindsey Althaus on September 5, 2021

“He isn’t breathing. I’m not cutting it until I know he’s breathing.” Those words will ring in my ears forever. My husband isn’t a yeller. In fact, he gets so annoyed when I yell his name to see where he is. So that yell haunts me. Our son Whitman was born not breathing. We had so many plans. So many dreams for him and in those first moments of his life I felt his dreams and his life slipping away slowly. The nurse cut his umbilical chord and he was whisked away. I remember the sweetest resident who was from Iraq sat at the head of the bed and talked to me about what they were doing. At that point Jeremy and my mom had left the room and everyone who was in the waiting room had congregated outside the nursery watching to see if there was any sign of life. I asked for my phone. I did the first thing I could as a mom and I texted a respiratory therapist that worked in the NICU and asked if she was working. Luckily she was and she assembled her team and waited for the call. Every few minutes she’d text and say: There’s no call. And my heart would sink. No one was telling me what was happening so I was expecting the worst. Finally, she texted she was on her way. In that moment I felt like it was the scene in Anchorman when Ron Burgundy assembled the news team again.

They arrived and my mom came in and told me that the NICU team had him and they were getting him stabilized. The team came in about an hour later and they explained everything. I stayed at the hospital where Whitman was born for an extra couple of days. I remember the moment I walked in to see him. It was surreal. The nurse began handing me things and one thing struck my eye. It was a hat and card from our local chapter of March of Dimes. I really hadn’t heard of March of Dimes so in my time sitting by the incubator I researched.

The March of Dimes was founded in 1938 as the National Foundation for Infantile Paralysis by Franklin D Roosevelt. After combating polio it became a research in the prevention of birth defects and infant mortality. However, In 2005, as preterm birth emerged as the leading cause of death for children worldwide, research and prevention of premature birth became the organization's primary focus. They also are responsible for several vaccines and countless research on different infant issues such as: fetal alcohol syndrome, Pertussis, and the need for Folic Acid. If it weren’t for the March of Dimes and their research into prematurity our story with Whitman would have had a tragic ending. We would have gotten sometime with him and then we would have left the hospital empty handed with the numb what just happened feeling. We then would of had to burry him. But because of the research when Whitman was born not breathing in a hospital ill equipped for his needs the NICU rushed and sprung into action. They came to us. They put Whit on the proper life support. They gave him the meds he needed to stabilize. All because someone funded the research. The surfactant that was given to Whit numerous times to save his life and help his lungs was a March of Dimes find and for that we are grateful.

The March of Dimes goal is having no child lost because of prematurity. When you become a parent of a 1:10 you feel that. You want to make it possible. You don’t want to see another baby suffer or a parent suffer. The NICU life is a gut wrenching life no matter if you’re there for a day or 6 months. Everyday it chips away at you and reminds you that you don’t have a normal life. It hits you that it shouldn’t be like that. With hormones, personal expectations, and everything in between you feel like a failure. You’re not. But it’s easy to feel that way.

September is NICU Awareness month. Most people go to the hospital, give birth, and go home a couple days later. Some of us start our family stories in the Neonatal Intensive Care Unit. In September we as a family pause and we thank God for our Whitman. We thank God for our team who saved him. We thank God for our family who took shifts watching over Whit and me while we were separated. The ones who made food, the ones who finished Whit’s nursery, and bought us baby gear that we needed because we were so unprepared. We take nothing about Whitman for granted. There were moments when we didn’t know if we’d be bringing Whit home. It was hard to wrap our minds around.

Because of the March of Dimes Whitman had a fighting chance. In the last 10 years their research has equipped NICU’s around the country to help give those born too soon a fighting chance. We are grateful. While we have a success story I know personally some Mama’s whose stories weren’t successful. On this day we stand by you. We fight with you. We give you all the love and hugs. We wish we could take your pain away. Please know you’re a warrior and so was your sweet babe. This is not your fault. It’s just something sadly unfair that happened.

We are grateful for the March of Dimes and in this time of reflection of our NICU experience we hold tight to the hope that no baby will born too soon. That no parent will have to live the hard time that we had in Whitman’s start. Let’s change the world for the next generation of tiny humans. 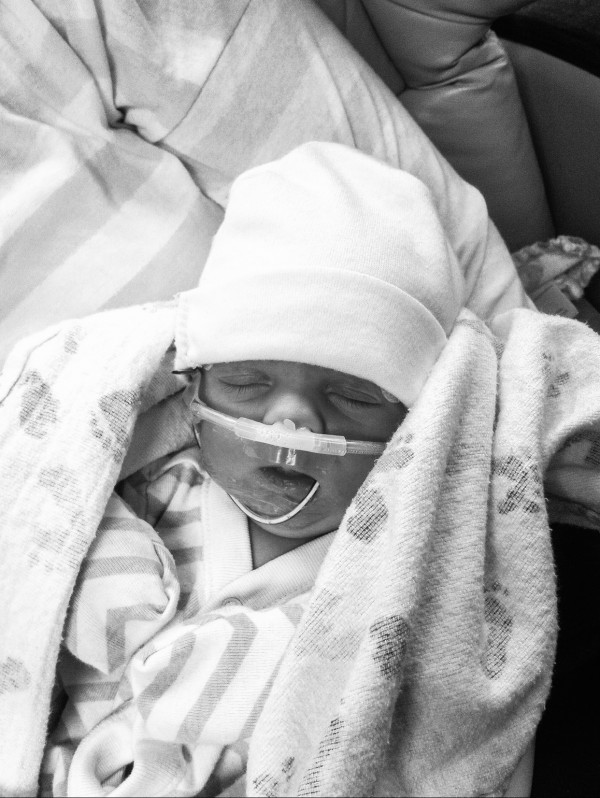 Lessons learned from a year in the NICU/PICU
Preemie Power and then some!
What My Husband Said In The NICU That Changed Everything
advertisement

Lessons learned from a year in the NICU/PICU
Preemie Power and then some!
What My Husband Said In The NICU That Changed Everything