The Challenge I Faced Naming My Premature Babies 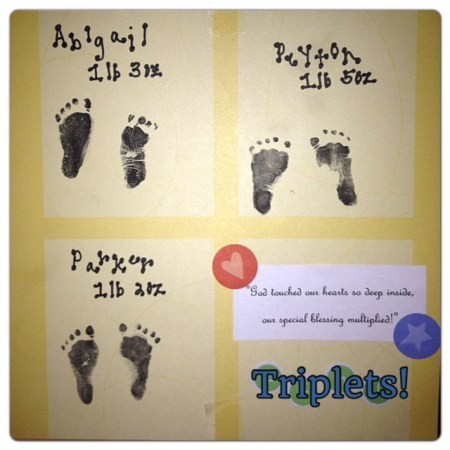 As I laid in the ICU, recovering from my near death experience, a nurse walked in from the Neonatal Intensive Care Unit. She smiled as she asked, “Are you going to name your children?” My babies were now two days old, and up until then, my triplets had been known as “Baby A”, “Baby B” and “Baby C”. Born more than 17 weeks premature, my husband and I didn’t have names picked out. How were we going to name our “Baby A”, who had already died? It’s a challenge we never expected to be facing.

It’s not uncommon for parents to wait until they see their baby to choose the perfect name. It makes sense–this is their identity; what they will be known as for their entire life. But that wasn’t our case. My husband and I had barely talked names, other than joking about the fact that we needed six names, three first and three middle. The truth is, we were scared. After almost losing our triplets at 18 weeks gestation, we began to hold our breath. Instead of painting the nursery and picking out linens, we were counting down the weeks until our children would be considered viable by hospital standards. That didn’t happen as our children were born at 22 weeks, 6 days. But, our doctors gave the triplets a chance and each one was born alive. Unfortunately, within two hours of her arrival, our first born, Abigail, passed away in our arms. Faced with grief and shock, we were numb. Naming our children was last thing on our minds. 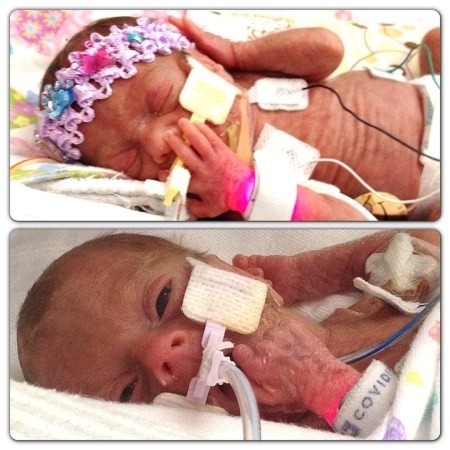 As we learned on day three, the Nicu nurses took a liking to our one pound children, giving them nicknames all with the letter “H”. That’s when it clicked; we couldn’t put it off any longer. I had only met our children briefly on day three when I was wheeled up to the Nicu for the first time. Though, deep down I knew, it was time to name our children. As I sat in my ICU bed with a dozen wires and IV’s dangling from my frail body, my husband and I began to brainstorm. I turned on my phone where I kept a list of names that I jotted down over the years. Peyton and Parker were always my favorites, and luckily, my husband agreed. That was the easy part…Peyton and Parker were alive.

Several floors below, in the hospital morgue, was our peaceful angel, only known as “Baby A”. It’s hard to admit, but I was hesitant about picking her name. What if none of our children survived? What if I wasted a name? How was I supposed to name a child that I only looked at for a few hours and whose eyes were fused shut? It’s hard to look back at nearly three years later, but at the time, I didn’t realize the importance of a name. We always thought Abigail had a beautiful ring to it. We went with our gut and I am so thankful we did. 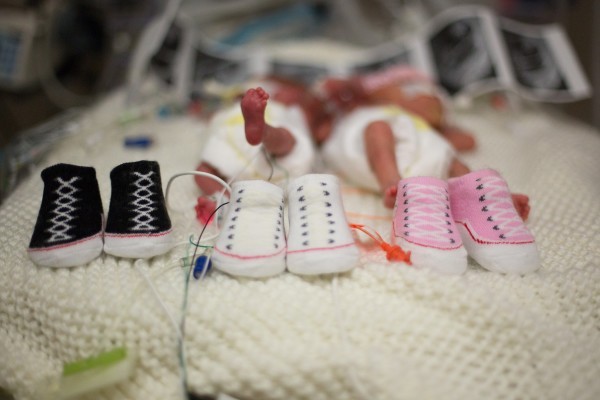 Here’s what I didn’t realize three years ago: it’s not the name that’s important, it’s the person behind it. Your name is your identity, but it’s how you live your life with that name, that becomes your legacy. When we named our children, there was no rhyme or reason. We didn’t name them after family members or for symbolic reasons, they were simply names we fell in love with. After Abby died, followed by Parker two months later, I wasn’t sure when I would hear their names. Some people get uncomfortable talking about death, especially the death of a child. I didn’t expect to hear their names, except from friends and family.

Looking back, I never imagined what would transpire over the months and years. I hear all three of my children’s names every single day. Sometimes it’s me talking about them, other times it’s a friend or supporter sharing their name through an email or in conversation. But, it’s the voice of my surviving triplet, Peyton, softly saying Abby and Parker’s names that touches me the most. All the fear that my angels would be forgotten is long gone. Abby and Parker are two babies who spent only a short time here on earth, but their legacy will last a lifetime. And my precious daughter, Peyton, embodies all three of them; a powerful young girl who has already made a big impact around the world.

How Many Children Do You Have? Why This Question Haunts Me
How a Breast Milk Donation Blossomed Into A Lifelong Friendship
A Picture Is Worth A Thousand Words
advertisement

How Many Children Do You Have? Why This Question Haunts Me
How a Breast Milk Donation Blossomed Into A Lifelong Friendship
A Picture Is Worth A Thousand Words