Kindness - One Way To Disarm A Bully

Published by Steve Nazarian on November 3, 2015

One summer as a young teenager, I was part of a trip of forty boy scouts to the Philmont National Scout Ranch in New Mexico The trip had three legs:

Each group of ten boys was called a “crew” and the hike we were headed for was called a “trek.” Every crew had ten scouts, a volunteer adult leader, and an elected boy leader. There were months of preparatory meetings, and training hikes. It was at the end of these “shakedown” exercises that each crew elected their boy leader. In the case of my crew, they elected me. 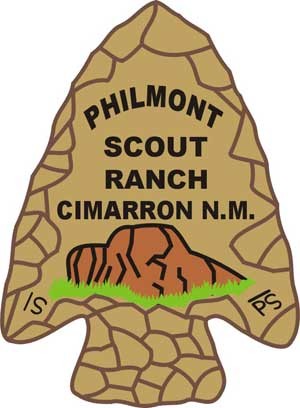 The trip left from a parking lot in downtown Rochester NY, at 9:30pm and we drove through the night, and all the next day before reaching our first destination.

For those of you who’ve never met me personally – I’m a bit of a talker. At age fifteen, it was worse than it is now. That is to say, I was a kid who wouldn’t shut the hell up.

Making matters worse I was pretty much a nerd. I tended to talk about nerdy things like school while never talking about cooler things like sports. Fortunately, on a bus with forty boy scouts, there were plenty of other nerds with whom I could chat.

However, there were a few “cool” kids on the bus, and within the early hours of that first night on the bus I managed to catch the attention of, and annoy, the bulliest of them. I do not remember his name so let’s call him Tom. He was short, maybe 5’ 3” with blazing red hair.

I remember being in the middle of an enthusiastic exchange with one of my new friends; we were having a debate about earth science (yeah I know, ok). I was turned around in my bus seat, looking over the headrest at the other kid, and if my memory serves me correctly we were discussing glacial formations like drumlins, eskers and kettles. Again – I know.

I was in the middle of what was most likely a well formed, but completely nerdy argument, when Tom punched me in the arm and said, “shut up dweeb, we don’t want to hear about your nerd shit.”

And so it began. Tom was the bully and I was to be the object of his bully behavior.

This was nothing new to me. I was never consistently bullied for years and years like you hear about today, and I thank God that I grew up before the Internet and social media. I had however been the focus of more than one person looking to pump himself up by beating me down. I was a tall, skinny, smart, not-too-cool, kid who had no sports skills – textbook bully bait.

Throughout the two-week trip out, we stopped at famous places like Yellowstone and Grand Teton national parks, as well as some lesser known places like The Corn Palace and Wall Drug. At every stop Tom did his best to get in my face, play pranks on me and do whatever he could to make me look the fool in front of his little group of bully disciples. Most of my friends were simply content to be invisible to Tom, since I think many of them were happy to be away from bullies at home. 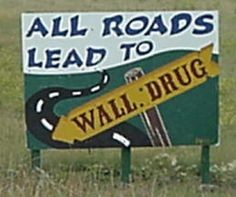 My goal every day was simply to avoid him.

After two weeks, we finally got to Philmont and since Tom was in a different crew, I wouldn’t be encountering him at all for the next ten days. Philmont is 137,500 acres, that’s a lot of wilderness in which to get lost.

As it turned out, Tom was the elected boy leader of his crew. When we got to base camp, the boy leaders had a lot of responsibilities as we prepared to head out on the trail. At one point we all had to stand in a long line (maybe 100 or more of us) to pick up packets of information for our respective crews. I had shown up early and had a place in line near the front. It was hot, and the New Mexican sun was as intense as the line was slow.

I looked back, and about sixty boys behind me, close to the end of the line, was Tom. His height made him hard to see sometimes, but once you caught a glimpse of his hair he was hard to miss.

As I looked in his direction, our eyes met and without thinking I did something crazy; I motioned for him to come over to me. At first he thought I was talking to someone else, but after my repeated hand motions he knew I was talking to him. He gave me a look that I can only describe as the one made about a 1,000 times by Ben Stiller’s character in Dodgeball. 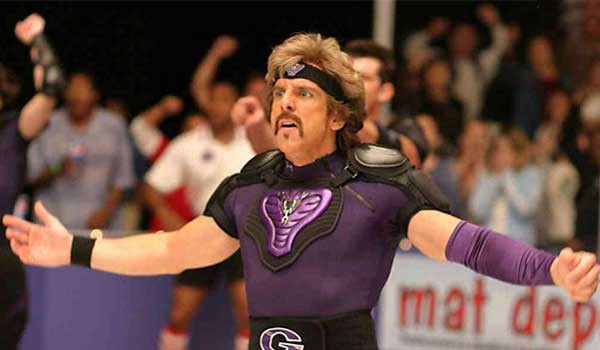 After a moment, he strutted over to me and incredulously grunted, “WHAT?” I replied, “I thought you might want to move up to my place in line.”

He was speechless. He stood silently next to me in line for a few minutes and then simply said, “Thanks man.”

For the remainder of the trip I had no trouble at all with Tom, and in fact on the bus trip home he was overtly nice to me more than once.

The experience of time has given me an understanding of what my gut told me to do all those years ago. I took away the bully’s only weapon, fear. By calling him towards me I showed him that I wasn’t afraid. Then, offering kindness to someone who had shown me nothing but vitriol and malice completely disarmed him.

I’m not saying that all bully situations are this simple. I know that the majority of them are more complex. However, the lesson I learned that day has served me well every day since.

You don’t always have to play the game
being presented to you.

Sometimes changing the rules will give you the advantage you need to succeed. Tom had decided that he was going to be the bully and I was to be his victim. Initially I accepted my role, but through my actions I told him, despite how he had treated me, I would prefer to be his friend, or at the very least I refused to accept the role he had assigned me.

When your kids are facing any type of bully behavior, have them think about the idea of not accepting the game as it is being presented. Think about how they might change the rules... leading with kindness.

This story is Chapter 7 in Steve Nazarian's book, The Penny Collector. You can learn more about Steve, his writing and his book by visiting www.thepennycollector.com. 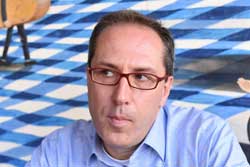 From preschool through college, I've learned how to say goodbye to my son
Let Your Kids Ride the Bus
Bullying Prevention Starts at Home
advertisement

From preschool through college, I've learned how to say goodbye to my son
Let Your Kids Ride the Bus
Bullying Prevention Starts at Home