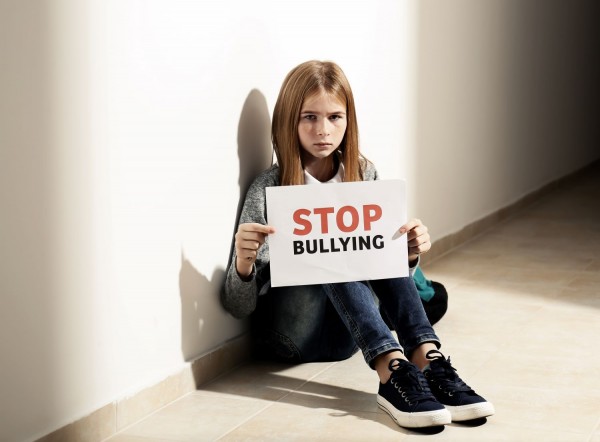 One time there was a child, 8 years old, still covered in the sweet layer of baby chub before stretching and thinning out in puberty, standing in line to go to the cafeteria to eat lunch with his class.

A group of 5th graders on the cusp of puberty walked by the younger class that was waiting to eat lunch. One boy said to the 3rd grader, “that boy doesn’t need to eat lunch!” referring to the childlike softness of the 8-year-old. The 3rd grader wanted to disappear. But another 5th grader in the line punched the bully in the arm. “Shut up, dude! That kid’s my friend.”

If you remember from childhood, the upperclassmen at whatever school you’re in hold the power. They are loud and cocky, owning the school, strutting through the halls. The little kindergarteners are wide-eyed in their presence of 5th graders. The high school freshmen generally bow to the seniors. And so on.

The child who was standing in line took all this in. He was embarrassed about what the bully had said. He was proud someone stood up for him. And he was conflicted, as he had been taught not to say “shut up,” and not to punch people.

When he went home and told his parents at bedtime, the experience led to an interesting conversation. His parents helped him to recognize how he felt when someone said he didn’t need to eat lunch and made fun of his weight. Sad. Bad. Embarrassed.

His parents also helped him notice how he felt when the 5th grader took up for him. Relieved. Proud. Safe. This bedtime conversation made him realize that sometimes people are mean, and it hurts. Also, sometimes you have to do the right thing and stand up for someone else. “But should he have said shut up? Should he have punched the bully? Did he do the right thing?”

October is National Bullying Prevention Month, and anti-bullying programs take place in communities and schools across the country. But I think most importantly, anti-bullying instruction starts in the home. Any pediatrician can tell you heartbreaking stories of kids who have been bullied. Children need guidance on how to deal with bullies as they grow up. And they need to be taught not to be one.

Sometimes bullying happens because kids have been bullied by adults or other people in their lives. It is a behavior that, unfortunately, can be modeled and copied. Bullying always comes from a place of insecurity. Making other people feel bad about themselves makes a bully feel empowered.

I think it’s important to talk openly with our kids about various personalities in their worlds. It didn’t take my kids long to realize that, many times, kids they knew “kind of act like their parents.” So I need to be careful how I treat people, and careful how I respond to people, because my kids are going to mimic me in a lot of ways.

If a teammate has a terrible sports performance and “loses the win” for the team, remind your child that he will have a terrible game sometimes and that no one person loses the game in a team sport.

If you’re privy to a conversation in which tween girls are talking badly about a friend, remind them that they shouldn’t say something about someone they wouldn’t say to her face.

And if your child tells jokes that make fun of people with differing abilities, or ethnicities, or religion, or any other generalities, please point out how inappropriate this is.

If someone other than your child makes a team or gets the starring role in the school play, or makes a better grade on a test, teach your child to be happy for another person’s success.

I will never be able to control how people will treat my kids. They will be hurt in life, over and over. But I can help build their confidence, inner strength, and security so they don’t let a bully‘s words change the way they feel about themselves.

Wouldn’t it be awesome if Bullying Prevention Month became obsolete?

What Can Be Done To Stop Bullying?
Why I Bully your Kid: An Inside Look at Bullies
How to raise bully-proof children
advertisement

What Can Be Done To Stop Bullying?
Why I Bully your Kid: An Inside Look at Bullies
How to raise bully-proof children