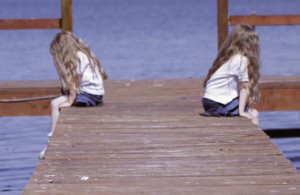 Just Because Our Friendship Ended Doesn't Mean Our Kids' Should, Too
The Sweetest Words a Parent Can Hear
The Power of a Word
advertisement

Just Because Our Friendship Ended Doesn't Mean Our Kids' Should, Too
The Sweetest Words a Parent Can Hear
The Power of a Word