​He taught them to drive. And so.much.more. 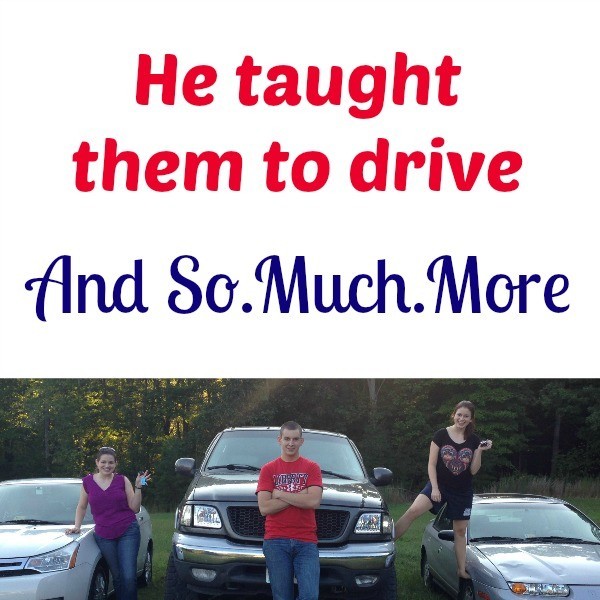 He taught them how to drive. And so much more.

My husband is the one who taught our children to drive.

All three kids learned to drive the same little sedan.
About the time one would be ready to buy a newer car, the next in line was ready to start driving.
It just worked out. For them.

I would stand at the window and watch him fold up into that tiny car with each new driving child.
I almost felt guilty.
But that soon gave way to sheer relief that it was him and not me.

I managed to escape the driving escapades with our oldest two, but due to circumstances certainly beyond my control, I have had to take the wheel with our youngest and finish the job her daddy started.

After weeks riding shotgun,
I have a more complete appreciation
of what their dad has accomplished all these years.

But in true writer fashion, I haven’t just logged the stop's and the go’s.
I’ve pondered how much teaching them to drive parallels launching them into young adulthood.
And in doing so, I’ve thought about how good their daddy is at all of it.

1. This is life and death. Someone has to be in charge.

My husband is so good at this.
With a calm and confident perspective, he gives instruction.

If they don’t appreciate it now, it doesn’t disturb him.
When they are behind the wheel, both their lives and his are on the line.
And so he won’t hesitate to grab the wheel if they are about to be in danger.

The same philosophy has been true with all aspects of child-rearing.
They don’t need a friend. They need a parent.
They need someone who will not hesitate to save their lives if it comes to that. 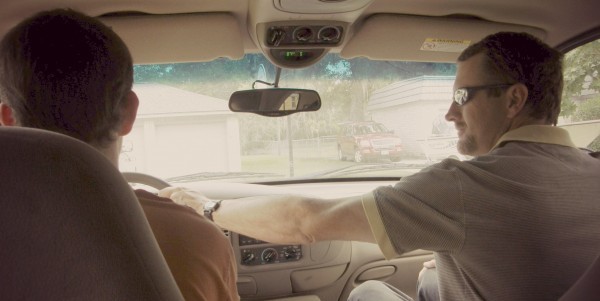 2. Sometimes they have to venture out of the parking lot, even if they (or you) aren’t certain they’re ready.

In the beginning, I tried to assist in the parent-taught driving with our oldest child.
He still tells stories about my reaction to his swerving in the parking lot.
That was when we knew this had to be a dad-thing.

If it had been up to me, they might all still be in the parking lot.
Their dad knew when they had practiced enough and were ready to learn the rest in real-time.

He wasn’t afraid to take them out on the streets
because he knew what he had taught them in the parking lot.

His ability to discern the big roadblocks from the small speed bumps is what many would call wisdom. I would agree.

3. Learning how to merge is one of the hardest things of all.

Our oldest two had the benefit of learning to drive in a normal town.
There were plenty of streets laid out in a grid pattern with standard stop signs and light traffic.
Little did we know what a blessing that was.

Our baby has had to learn to drive in the.most.convoluted town I’ve ever known.
We're told that the streets are former cattle trails – weaving up and down and in and out of the Blue Ridge Mountain foothills.

If you want to go left, it’s not that simple.
You must make a 270 degree turn, merging with oncoming traffic at least once and maybe twice. Those blasted cloverleafs are all over the place.

Prior to being handed over to me, she had practiced merging often with her dad.

She is getting the hang of it, but when he was in that passenger seat, he had to look back with her every.single.time to confirm it was clear to merge.

Merging is serious and tricky business.
But the more she practiced it under his supervision, the more proficient she became, knowing what traffic to join and when to hang back.

Teaching our children how to intersect with the world and when to choose an alternate path is one of the most important lessons we will ever impart.

This is where I have the upper hand on my husband.
You see, talking is my thing.

But even being a man of few words, he knew he had to talk about all they were seeing and what she should be observing as they raced down the highway at 60 mph.

Once he had modeled commentary, it was her turn to talk.
He would say things like, “Keep going; tell me everything you’re seeing and what you’re going to do.”

The parent-taught driver training manual we followed offered this advice:

“When teens repeatedly stop commenting,
they may be tired or overwhelmed, signaling that the lesson should end.”

I think that piece of instruction should be copied into a parent launching manual as general advice.

The key is to keep them talking but to also know when to let them be silent.
But if they have entered into a silent time, it’s probably best that they aren’t out on the streets.

I joke about “escaping” the driver education responsibility but in reality, my time riding shotgun next to our youngest has offered the unexpected serendipity of time in her presence.

Isn’t that how so much of our journey with our children ultimately passes?
We think of the process of raising them as a responsibility and forget it’s a privilege and a blessing.

And this is the thing I believe my husband excels at most.
He’s not consumed with the small things of life.
In fact, he’s always counseled me to keep normal life at 80% capacity so that I can absorb the inevitable 20% drama without becoming overwhelmed.

I’m still a work in progress on this, but he is a master.
And our kids know it.
Dad always has time. Even when he doesn’t.

He knows what matters and they know they are at the top of that list.
I have watched him forego countless personal pursuits to put our family first and model a sacrificial life that he has never viewed as sacrifice.

It’s just what he does.
It’s what he would call being dad. 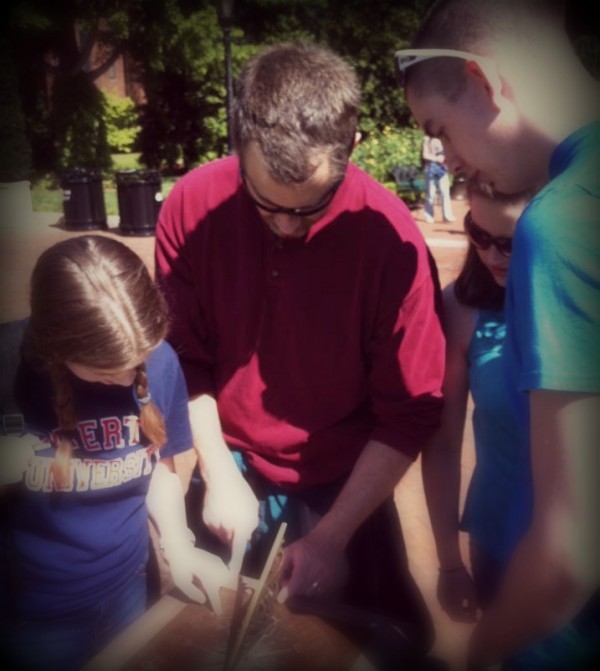 And so.
I sit there in the passenger seat next to our youngest.
I sit where a man bigger than life
has so often squashed himself,
folded his limbs,
and sat patiently
while his children made mistakes
under his watchful eye.

I sit in that tiny space
and realize it is − in actuality −
a space so big
that only one man could have ever filled it.
Their dad.

* This is mothering*
* Dear parents of teens: This. Is. Hard
* What to expect when you’re launching (5 things parents of teens may need to hear)
* In the way they should GO ...
* What I learned while watching my daughter’s journey of faith and praying for her future

The Cheerio Trail
> See my posts
> Visit my blog

Mom of 3 (two 20-somethings & one teen) who thinks this is the season when we need to know we aren’t alone. Inspiring front-line difference makers (that's you, parents!) to persevere and make their mark at TheCheerioTrail.com

My Dad
THE DAD MY HUSBAND COULD HAVE BEEN.
Dads = MVP (Most Valuable Players)
advertisement

My Dad
THE DAD MY HUSBAND COULD HAVE BEEN.
Dads = MVP (Most Valuable Players)