I was in seventh grade. I had glasses and braces and bad hair that did not confine itself to looking bad once in a while, but betrayed me daily and especially if there were school pictures, a birthday party or school dance. I’d always had disappointing hair; I have memories of getting home permanents as young as six years old in order to “give my hair a little life,” as my mom said. I wanted curly ponytails like Cindy Brady and instead I looked a little like Bobby. But seventh grade was the year I really felt my hair’s deficiencies, the year I began to panic with the thought that this bad hair thing might be a permanent situation. In retrospect, it wasn’t as bas as I imagined, as those sort of things never are, but at the time I thought I had nearly the worse hair in the world, almost as bad as Shannon Fitzer,* and that was her own fault because she never washed hers. Or maybe she had a disorder that caused her hair follicles to produce a hundred times more oil than the average person, I don’t know, but it was limp with grease and an indeterminate shade of brownish-gray, even though we were twelve. (*The name has been changed to protect the oily-haired girl’s privacy.)

My own hair was blond, which, in the eighties, was like hitting the lottery. But my good luck ended there: it grew outward instead of down, it was oily at the scalp even though I washed it nightly, and it was dry everywhere else, maybe because I washed it nightly. My mom said it was “fine and silky,” which was eupha-mom-stic; it was just thin. My mom’s Southern friend Shirley, who was stuck in a mid-western town but was basically a character in a Tennessee Williams play, once told me, “Sweetheart, that hair of yours ain’t never gonna listen; you’d best just chop it off.” The hairdresser who tried to put something like an up-do in my (now short) hair for the eighth grade dance stepped back to appraise her work and said, “I put enough hairspray in there to hold a few small dogs on your head. If that doesn’t work, nothing will.” My date--my first date ever, if you could call it that--gingerly touched my head as you would a porcupine and laughed so hard he had to hold on to the banister, until my dad shot him a look that silenced him so severely he was unable to put on my corsage. It was a wrist corsage. My mom had to do it for him.

In early high school, my hair was even shorter, a style they were still calling a Dorothy Hamill, which is designed to make your hair stack up in the back and look thick. I did not have the high cheekbones and turned-up-nose to pull this off, but it was stylish enough, and daring enough--most girls stuck safely to long hair and teased up bangs--that I got by. My self-esteem didn’t suffer too badly, in fact that short hair may have boosted my confidence into the realm of “cool.” I was edgy. I was different. I had short hair and took art classes, wrote for the school literary journal and adopted the cool indifference of a girl who is not like all the other girls, though of course I was. The thing is, despite the stacked-up cut, it took a lot of hairspray to keep my hair looking like Dorothy’s, and mine never flew gracefully around behind me when I skated on the town lake. It clung to my head like the helmet that it was in the winter, and in the summer it plastered itself to my cheeks in surrender. My sister called it ‘Shawn Cassidy hair” and warned against it, though she was a fan of the Hardy Boys reruns and had an old copy of a That’s Rock n Roll album. When my hair went limp, she would flash her eyes at my head and say “Da-doo run-run,” and I’d make a b-line for a can of Finesse. If I used a curling iron and turned my hair under, I could make it look a little like Valerie Bertinelli’s on One Day at a Time, or Mindy in that one season where she briefly had hers cut short and Mork made that joke about a human Q-tip.

So I eventually got fed up. The Dorothy Hamill wedge wasn’t working for me anymore; I tried to grow it to my shoulders or at least into a sleek bob, but the awkward in-between stage was always too much for me. Friends wasn’t on yet so Rachel hadn’t shown us all how to grow out our hair gracefully, and layers weren’t a thing. I’d chop it back off, cry a little and start over. On one particularly bad day in about 1989 I was so distraught that my mom found me in my room crying over the book we were reading in English: Catch 22 by Joseph Heller. Like so many high school reading list books, it was overtly depressing and upsetting and not remotely related to anything we were studying in any other part of school. I had studied nothing about the time period and had no context in which to fit anything whatsoever about the story, but I was crying about my hair: there was a party later that evening and I had terrible tresses. Fresh from an bad cut by the only barber in town (yes, barber), limp with humidity and orange-ish because a friend had mistakenly told me that you could put QT in your hair and sit for a few hours in the sun for natural looking highlights. It must’ve been bad because my mom took one look at my tear-stained face and said, “The book?” I shook my head no and she looked sympathetic and said only, “Oh. The hair, then.”

She didn’t say it wasn’t that bad. She didn’t say what my dad said, which was something along the lines of “Suck it up. Be happy you have hair at all.” She just took my hand and pulled me off of my yellow flowered bedspread and to the kitchen, and placed a metal bowl in front of me and her copy of the Better Homes and Gardens cook book, which she just called “Better Homes.” I rolled my eyes, but the well worn binding and the red and white checkered cover were comforting: it was already working.

I made blueberry muffins. The blueberries were going to go bad anyway, my mom said to convince me, because I’d rather have drown my sorrows in a pan of brownies, or one of those snack n cakes that came with its own little pan. But those berries were round and firm, and the resulting muffins were perfect. The crumb was more firm than cake but less dense than bread, they had just a hint of both lemon and almond, and they crackled on top with a sprinkling of demerara sugar. I know you’re not supposed to teach your children emotional eating, and muffins are not health food, but this wasn’t about eating, it was about creating. She had me make the muffins, like she always did when I had a bad case of the blues. It’s not the food, it’s the stepping out of yourself. The focusing on something other than self pity, and producing something beautiful that also happens to double as breakfast the next morning. Something that makes everyone happy, and fills the house with an endorphin-raising aroma. It was a gentle “get over yourself” disguised as part benign chore, part sympathy. Really it was the same thing my father was saying, but with--literally--a spoonful of sugar.

Happily, my hair got slightly better in my twenties, I am not sure why, and even better when I had several children and my veins were coursing with all those hormones that are supposed to make your hair terrible. The hormones figured they couldn’t make it much worse, the only thing to do was make it better. (Darker, but better.) It’s actually pretty thick now, and I wear it short and stacked up by choice; I don’t look good with long hair. And even if I still had bad hair, I wouldn’t care nearly so much. I’m older, wiser, and much, much less focused on ME. But one of my daughters, though she is beautiful, has hair that is fine and slippery and rarely does what is asked of it, and the great sadness of her childhood has been her “skinny” ponytails. I tell her that this, too, shall pass. Or not. And that she is gorgeous and no one else is noticing this, and it does not define her. And even in the dead of winter, I keep a lot of blueberries on hand. 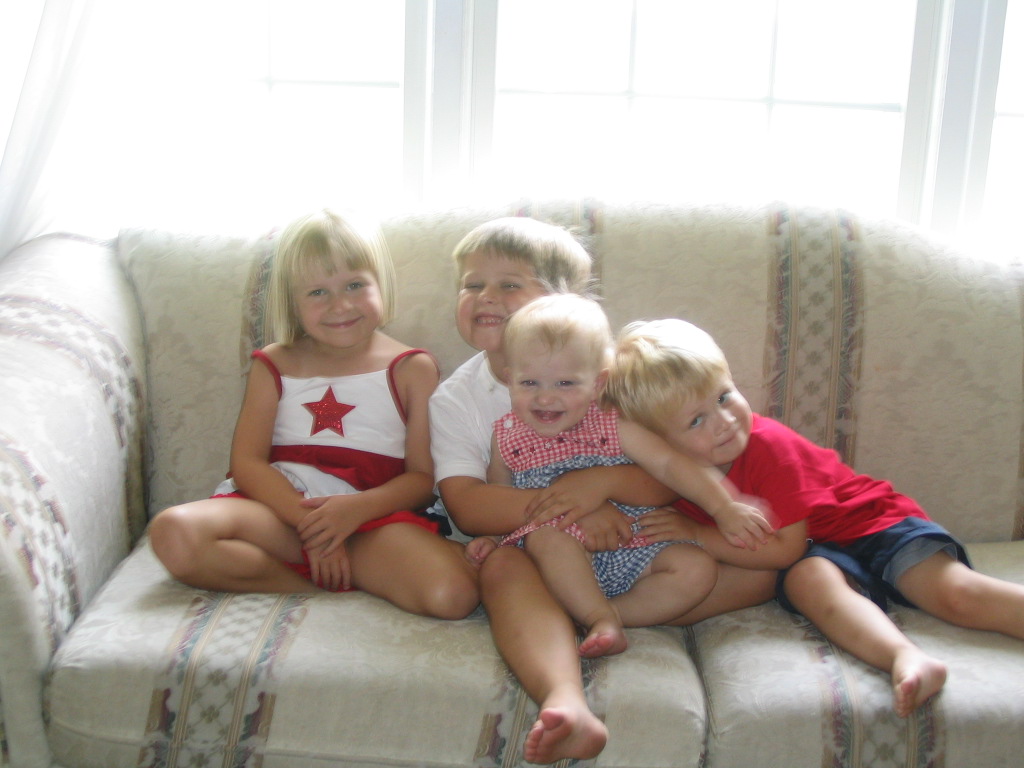