Published by Denise LaRosa on September 8, 2015 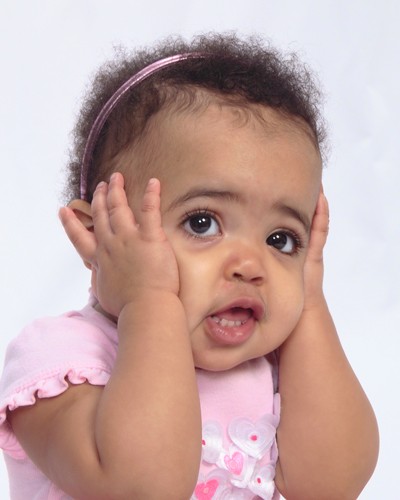 Ok, so when writing about this topic, I thought to myself, “This is probably geared more towards African American mothers and their daughters.” However, I think all mothers can relate to the superficiality of today’s society so here it goes…I am so beyond sick and tired of people having something to say about my daughter’s hair! It both saddens and sickens me that there is so much attention placed on black girls’ hair and starting at such a young age! When people see my daughter, one of the first things some of them say has something to do with my precious angel’s hair. I hear comments like, “Woo look at that head,” “Oh Gianna your curls are getting tight,” “Have you done her hair?” and on and on. The absolute worse is whenever people want to take over by grabbing a comb or offering their own! UNBELIEVABLE! SHE’S NOT EVEN 2 YEARS OLD!!!

There is absolutely NOTHING wrong with my daughter’s hair. Newsflash…she’s an African American child, so yes she has “tight curls.” What a travesty! In addition to being black, she’s a toddler. I know, big shocker, right?! She will play and get messy, so don’t be surprised if her hair isn’t always perfectly in tact. I mean, what kind of society are we living in that people would be so concerned about a toddler’s hair?!

Dealing with this topic the past year and a half has forced me to reflect on two things: Chris Rock’s documentary “Good Hair” (I highly recommend you watch it!) and Olympic Gold Medalist Gabby Douglas. I watched Chris Rock’s documentary and it brought back so many personal memories that led to tears streaming down my face. Yes, I was one of those girls that had “nappy” hair. My Mom used a hot comb to try to straighten it out, leaving me scarred (literally) and terrified. Bless her heart. She didn’t mean any harm. She was just trying to do something with “that head” that would be deemed acceptable and under control.

This hot comb phase left her so exhausted and frustrated that she sent me off to the hair salon to get the latest and easiest do…a Jheri Curl!!! Dear God was I tormented. Not at first though. You see, I grew up in a predominantly white town so everyone thought this was my “natural” look…that is until I went to middle school and was joined by more black students who knew exactly what I was rockin’. I was teased, ridiculed, bullied and tormented by my peers. What’s so sad is that some of them called themselves my friend. It wasn’t long before I went home crying to my Mom, begging her to take me to the salon to get a relaxer (straightens black hair). I’ve suffered bad relaxers to the point that my hair has fallen out. I’ve worn wigs and weaves, you name it. Why??? Although I didn’t realize it at the time, I guess my goal was to fit in with society’s perception of “beauty” and the “norm.”

Then there was the Gabby Douglas fiasco. Funny because I was 9 months pregnant with Gianna and due any day whenever Gabby took the world by storm in the 2012 Summer Olympics. I was rooting for her and the rest of her teammates. I was so proud of her and what she accomplished. You would think America would be proud too; and they were. Most of them were I should say. Guess who her biggest critics were…African American females!!! UNBELIEVABLE!!! It gets crazier. What were some of them (not all) critical of you might ask? Not her athletic skills. Not even her costumes or something she said. They were critical of her hair! What a shame! There was NOTHING wrong with Gabby’s hair! At first, Gabby’s mother felt the need to come out and explain the appearance of her daughter’s hair, but it didn’t take long for her to wake up and realize that she raised an Olympian with a beautiful spirit and there was nothing to apologize for nor to explain.

Let me end this rant by giving you two definitions:

Hair: any of the numerous, fine usually cylindrical, keratinous filaments growing from the skin of humans and animals

Beauty: the quality present in a thing or a person that gives intense pleasure or deep satisfaction to the mind, whether arising from sensory manifestations, a meaningful design or pattern, or something else (as a personality in which high spiritual qualities are manifest)

My prayer for my daughter is that she obtains “high spiritual qualities.” I want her to have a beautiful spirit that lights up a room and moves hearts. I want her to know not just who she is, but whose she is (a daughter of the Most High God). Don’t worry. As a devoted and caring mother, I always have and will continue to nurture and care for her, seeing to it that she receives the best care physically, emotionally and beyond. She will look presentable and carry herself well. However, my child will NOT define who she is by the appearance of her hair, or as the definition puts it: filaments growing from the skin that covers humans and animals! Peace! 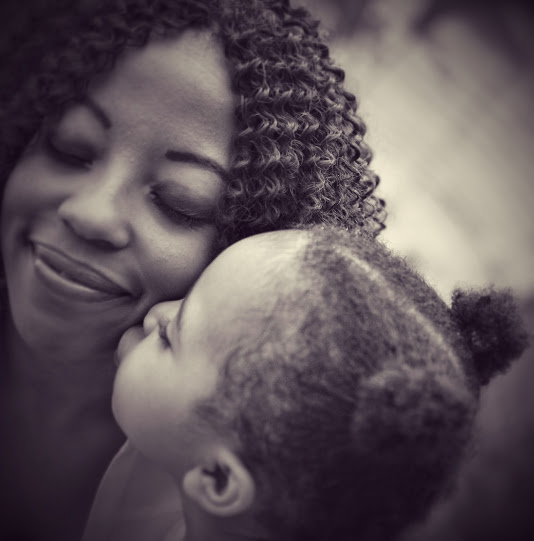 I am a happily married wife and mother of two precious girls. Being a mother has led me to becoming the founder and host of Mom Talk with Denise LaRosa, a podcast designed to motivate, inspire and inform mothers along their journey in motherhood.

The beach is my safe haven. I wish my transgender daughter felt the same way
My husband said he didn't 'do girl hair,' but our daughter's diagnosis changed his mind
In the Puddle of Parenting
advertisement

The beach is my safe haven. I wish my transgender daughter felt the same way
My husband said he didn't 'do girl hair,' but our daughter's diagnosis changed his mind
In the Puddle of Parenting