You Named Our Twins What? 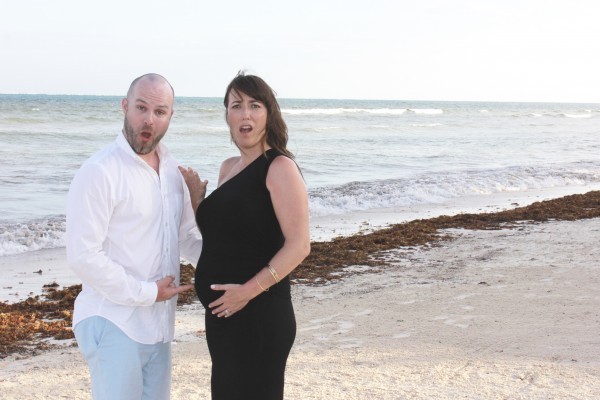 Photo: The face every woman gets when she finds out what her husband really wants to name her twins!

“They named their kid what?” is something that must have crossed your mind a few hundred times after hearing the choices people made in regard to naming their babies.

And when we're the ones expecting, we hear it a million times, “What are you going to name your baby?”

“Have you thought of any names yet?”

There are so many different ways people like to name their kiddos. Maybe it’s after a relative in the family. Maybe it’s a cool name they saw on the internet or heard in passing. Maybe it reminds them of a special place.

Whatever the reason for finding your kids' names, good for you.

For my husband and me, naming our kiddos was an exciting adventure in the beginning. Ya know, the pre-kid days, while camping and after about 4 beers you decide that you’re going to name your future kids Grizzly Bear and Mountain Air?

Well, after years of infertility, my thinking shifted. I couldn’t let myself imagine what I would name my firstborn, because, well, I really didn’t know if I would ever have a firstborn.

And then, our time came and at our first ultrasound, we heard two tiny heartbeats! Holy cow, we were instantly challenged with finding TWO NAMES and FAST! (Well... really over the course of the next 8 months.)

I did what every other “sane and pregnant” twin mom-to-be would do. I immediately gave the job of naming our twins to my husband! Maybe it was the hormones talking, maybe I was overly tired or maybe it was because I really wanted this to be something special that he did for the kids. After all, I had the major job of carrying them in my belly for months on end. This was the least he could do!

The names they would be given would be their names until the end of time. Most names are cute for babies or toddlers, but what about when they are grown men and living their own adult lives?

If you know my husband, then you know that he did not take this task lightly. He made lists, wrote them on paper and in emails, thought about how they’d look on hockey jerseys.

Hell, he even thought about if the kids were left handed and how hard it would be to write their names. You think I am kidding, but I’m not.

He’d throw a name on the table and I instantly went to the monogram. That’s the ol’ Cape Cod girl coming out in me! "What do you mean my kid is going to have the initials DUH? Great choice, honey!" (Sense my sarcasm?)

Truthfully, I knew that if he came up with names were super off kilter, I could pull the red flag and veto them. But in reality, I knew I’d never have to. We are usually on the same page, and when it came to our miracles, I knew that I’d fall in love with our boys even if they were named Grizzly Bear and Mountain Air. 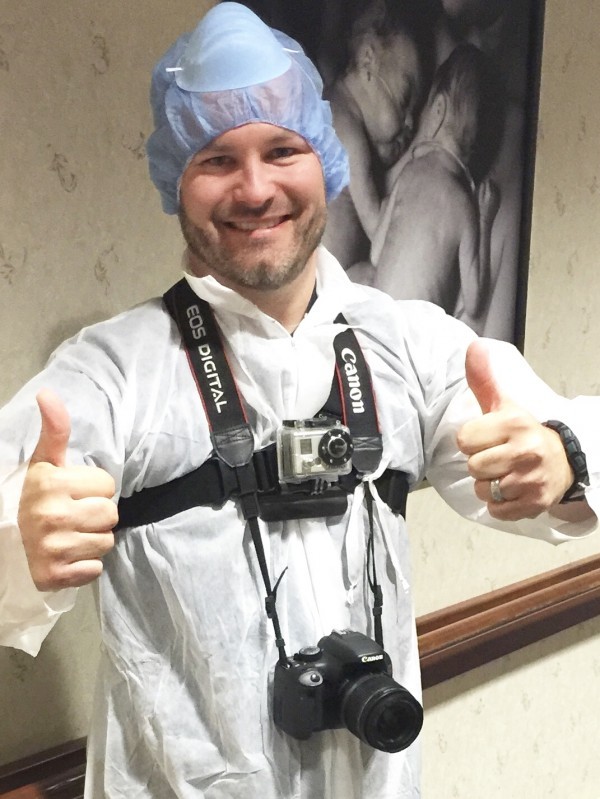 Photo: Heading into our C-section. Ready to pop out a few babies!

Our boys were born and my husband gave them strong, wonderful names. Ones that have meaning from both sides of our families. I couldn’t love them more and in hindsight can’t picture them as anything else.

I’m sure I had the same eye rolls and “They named their twins what?” that you hear all the time. But you know what? We love them and that’s all that matters to us.

I can’t wait for the day we get to tell our boys the story of how we chose their names... preferably, we’ll be camping while breathing in the fresh mountain air... on the lookout for grizzly bears. 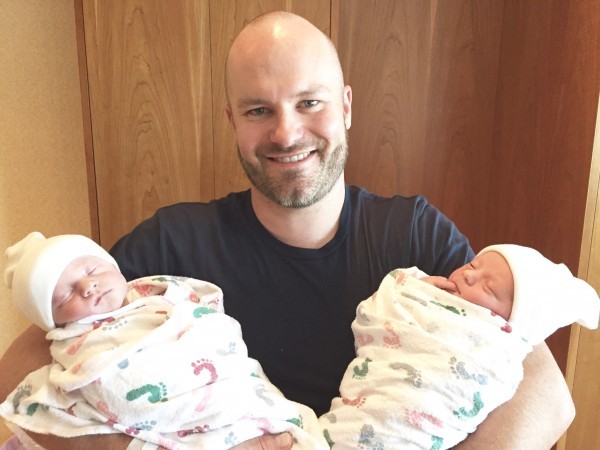 Photo: Holding our boys for the first time together! 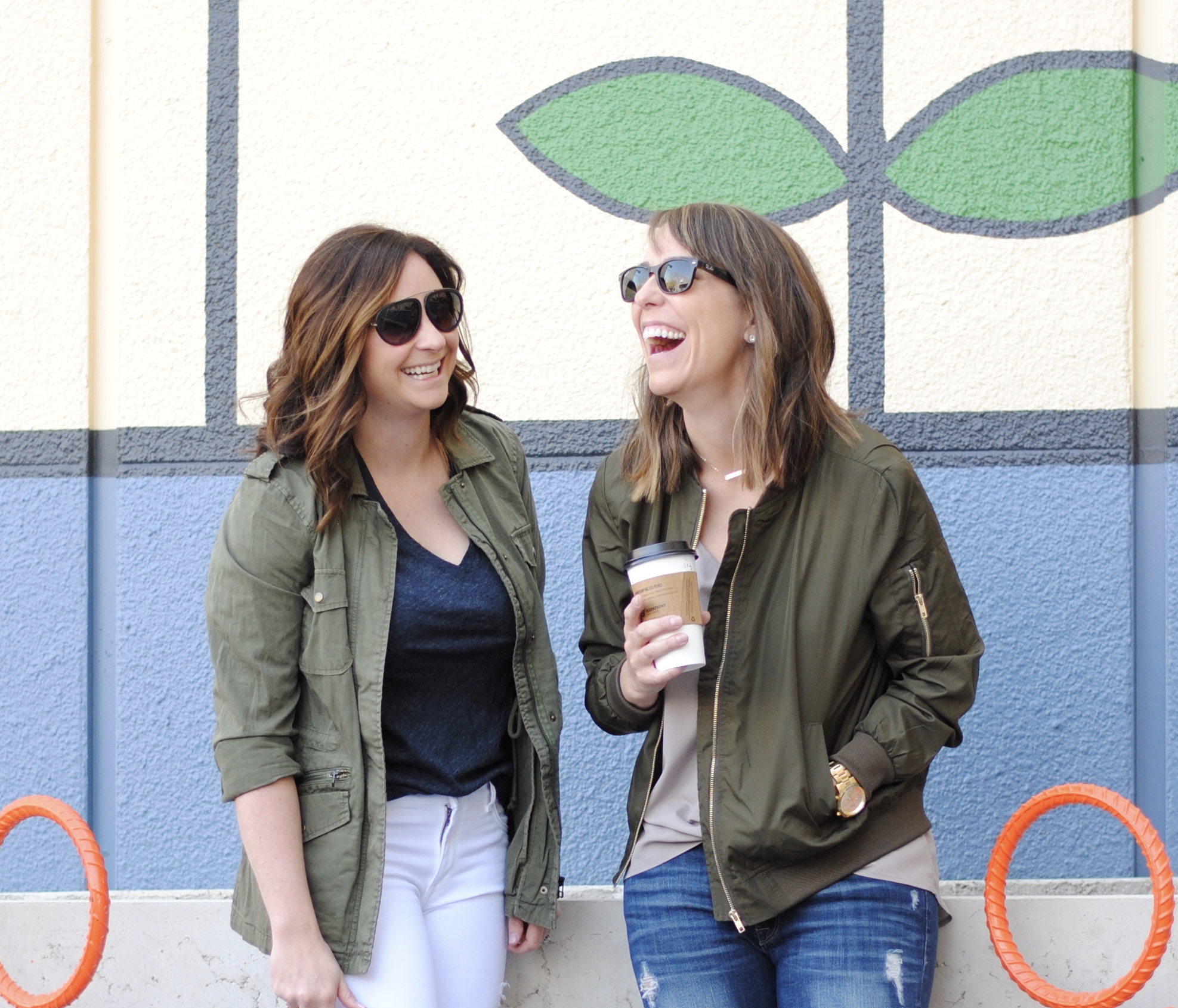 What’s In a Name?
Baby Naming Rules and Permission to Break Them
My Boys Each Have 6 (yes, SIX) Names...
advertisement

What’s In a Name?
Baby Naming Rules and Permission to Break Them
My Boys Each Have 6 (yes, SIX) Names...