Would I Change Him?

Published by Carrie Cariello on September 5, 2015 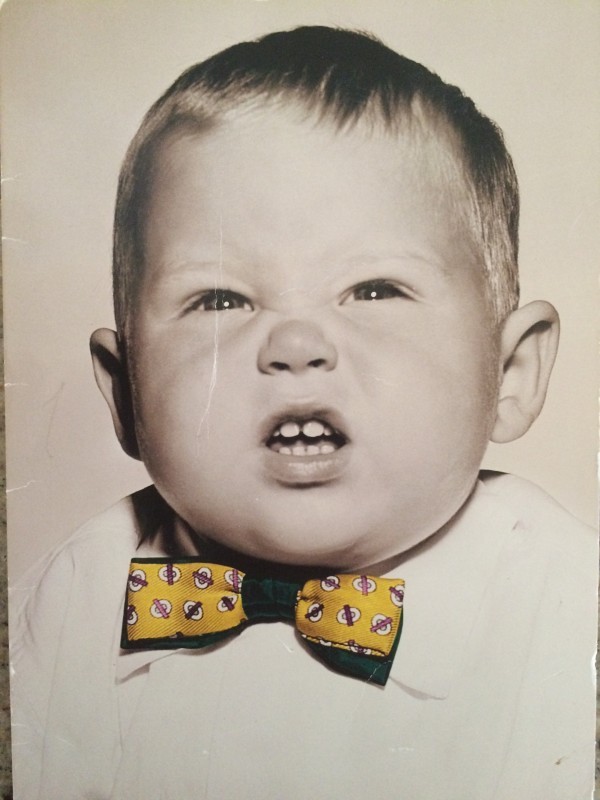 My kids return to school this week, and in preparation for my son Jack’s move to 6th grade, I took out the folder.

You know, the folder. The one that holds every single piece of paper and prescription and description, dating back to the day he was officially diagnosed in November of 2006.

Random articles about cures and services and how to hold your family together in the midst of a diagnosis.

And finally, the judgment. The verdict, the finding, the truth; pervasive developmental disorder, not otherwise specified, which eventually became just plain old autism.

Our folder is blue. It’s a mess. I probably should have organized it with tabs and dividers, but to be honest, I couldn’t bring myself to arrange all the paperwork into neat sections--to take the papers out one by one and re-read them and sort them and catalogue them. Somehow, this would have made autism too permanent, too everlasting.

For years and years, I held on to a single thought: He might outgrow it. I thought that with enough speech and therapy and prayers and love, by the time he was five or eight or even ten years old, his symptoms might magically disappear like a bunny inside a deep, plush hat.

Stuffed way in the back of the folder, in the bottom of one of the pockets, is a greeting card that I bought about ten years ago in some Hallmark store. I can’t remember where or when exactly, but I do remember how I felt that day. I felt exhausted by my 14-month old son. I felt helpless and weary and annoyed.

I saw this card and the picture of the boy on it looked exactly—I mean exactly—like Jack at the time. Chubby, irritable, cute, fussy, and somehow endearing.

Once a year I like to take the folder out and look at the card and glance through the paperwork, and whenever I read the phrases and comments written by all of the specialists and therapists and doctors over the years, they seem almost innocuous in their banality. It’s very hard to picture the actual boy and the life and the autism in these words.

“Jack has significant sensory issues related to texture and food.”

This means his fingers graze ceaselessly over everything—the paper tray on the printer, cigarettes on the ground, ice cubes in his glass, the lip gloss in my purse—much like a person who sees the world around him solely through touch.

He also rolls all of his food around before he eats it. The cheese from the pizza, the meat from his taco, the hotdog from his bun. To say this is annoying is like saying it’s hot when you stand near the Equator.

When I talk with Jack, I am competing with every single sound in the atmosphere; garbage trucks driving down the street, a dog barking next door, his brother playing Minecraft on the computer three rooms away.

He cannot differentiate between the scratch-scratch-scratch of the pencils in the classroom and the teacher’s voice. Within the canal of his sensitive ear, they are all important, all a priority, and all very, very loud.

“Jack has delayed cognitive abilities when it comes to flexibility and executive functioning.”

Um…he’s incredibly, rigid. I’m not sure what else I can even say about this, except to give an example.

Last February, NBC Nightly News did a segment on our family and autism. It was crazy exciting.

They sent a camera crew to our house to film us eating breakfast. The night before, we suggested to Jack that he make waffles, to showcase his cooking skills and his patterns.

“It is not! For THURSDAY! Tomorrow is Wednesday. No waffles.”

“Autism is hard on a marriage.”

This particular line is from a magazine article someone sent me, and I remember reading it and wondering exactly what the standard for “hard” is.

Is it living together with the unknown; not knowing if he’ll ever be independent or drive a car or move out? Is that the hard part?

Or is it the relentless day-to-day negotiation and compromise and arguments over IEP plans, bedtime, and whether or not he should have to play a sport.

Ever try moving a 3-ton elephant through something small, like a keyhole? Me neither. But I have had to move my son Jack through his day, and I’m pretty sure his emotional baggage weighs about the same.

I’ve had to inch him past Chihuahua’s on leashes and convince him that blue water in the toilet bowl isn't dangerous. I have answered the same question about the wind chill factor seven thousand four million times.

I've had to stand by and watch as anxiety twists and distorts his reality, interrupts his sleep, and creates a silent, private chaos within the confines of his mind.

Refer to number of times he asked about the wind chill factor above.

Words on a form or medical report simply don't do the spectrum disorder justice. They fail to capture the struggle, the rage the tears, and the work of it all.

They also fail to capture the love, and the authenticity, and the joy of it all.

I guess the ultimate question is: Would I change him?

I mean, I know there is no cure, but if I could magically snap my fingers and remove his autism altogether, would I?

If someone offered an elixir, or a pill, or a treatment to take the autism out of the boy, would I give it to my son?

My life would be easier if he didn’t have it. That’s kind of ugly and a little painful to admit, but very, very true.

I could actually sit down at family gatherings and holiday parties and barbecues. I could relax around buffets, instead of worrying he’s going touch all the bread and roll all the olives around in his hands while guests look on, horrified.

Joe and I would definitely argue less.

I wouldn't spend so much of my day listening and interpreting and decoding his speech, his needs, his goals.

His life would be easier if he didn’t have autism.

I could change his tender, obvious loneliness that is as palpable as a beating heart.

He would have friends, gaggles and gaggles of pre-adolescent boys who call him and play with him and like him.

He would be free of the crushing panic that shrinks his world to the size a keyhole.

Yet Jack would simply not be Jack without autism. It's nearly unimaginable.

I guess the ultimate answer is: It doesn’t matter if I would or if I could, because I can’t. I can’t re-wire Jack’s brain or go back in time and alter his genetic constitution.

I can’t rewind the tape and erase the doctor’s handwritten note—a postscript, a footnote at the end of a long list of symptoms and behaviors and delays.

I can love him.

I can help him.

I can keep in mind all he has done and will do, and remind myself that the boy who learned to talk will one day learn to keep the noodle on his fork and maybe make waffles on Monday instead.

In the meantime, it’s time for me to buy some tabs and dividers and put my folder in order, because before I can love and help and remember, I have to finally accept.

The Tricky Topic of Food and Autism
The Person
The Person