The Tricky Topic of Food and Autism

Last week we had my 11-year old son Jack’s check-up, and my stomach sank when the doctor quietly pointed out his higher-than-average body mass index on his chart.

You wouldn’t know this to look at him; he’s pretty tall for his age with the longest, skinniest legs in the world. But he’s solid, and like many kiddos on the autism spectrum, he has low muscle tone.

“You don’t need to worry just yet,” the doctor said kindly while Jack tried to remove the stethoscope from his neck. “But you do need to be watchful.”

Watchful? Is there any single aspect of this boy of which I am not watchful?

A part of me feels like I cannot take this on; I cannot work on one more single thing with him.

(Things we are currently working on: screaming, swearing, keeping his seatbelt on in the car, screaming, saying please and thank you, using his fork at dinner, sleeping past 5:30 in the morning. Oh, and the screaming.)

But another part of me, a part that has more energy and isn’t tired of correcting him and redirecting him and shushing him and asking him to use his words, feels as though I owe it to him.

If he’s overweight, it’s my fault. I am the one who buys the food and cooks the food and sometimes, orders the sweet and sour chicken food to be delivered in a brown paper bag.

It’s my fault that I let him play on the IPad because he’s too distraught for hide-n-seek.

It’s my fault I let him have ice cream after dinner every night because his world would just fall right apart if he didn’t get his ice cream in the red bowl the minute he’s finished eating.

If one of my other four kids—and I won’t say normal or typical or whatever, I’ll just say other—started to gain weight, I would make sure they moved a little more and maybe snacked a little less. Yet, like everything in Jack’s world, autism has threaded it’s annoying wormy head into the matter and complicated it.

For the most part, it’s a pretty simple equation: burn more calories than you consume and you will lose weight. Or, burn the same as you eat and you will maintain your weight.

But for my son, the calculation is a little different. You have to factor in the way autism demands he have the same dessert every night and makes him apprehensive of organized sports’ social subtleties.

Jack loves the ritual and tradition of food; pancakes on Saturdays and waffles on Thursdays, popcorn at the movies and popsicles at the local pool. He loves to bake large, elaborate cakes for everyone’s birthday. Oh, and let us not forget his Oreo phase, when he begged to try every flavor Nabisco ever made.

He is one of the few people I have ever met who wants to eat breakfast the second he opens his eyes. More often than not, I walk downstairs first thing in the morning and find him surrounded with his bowl of cereal and milk.

“Mom. I am happy today to find. The Honey-Nut Cheerios.”

We had years where he refused anything unusual or new. As a toddler, he would only eat yogurt. Then as he got into kindergarten and elementary school, he wouldn’t touch the stuff. In fact, he wouldn’t eat anything with a wet texture, like applesauce or fruit.

Now, he is starting to try new things, like carrots dipped in ranch dressing and coconut shrimp. He is once again eating yogurt—but only Chobani vanilla-flavored from a particular grocery store on the other side of town.

I know we are lucky. I know many, many families struggle to get their spectrum kiddo to try a bite of anything at all. I am grateful that the dinner table is no longer autism’s battleground, but as usual there is no moderation when it comes to which way Jack’s pendulum swings.

Over time, food has become very, very important to him; planning it and shopping for it and preparing it and cooking it. His face lights up at the thought of a new recipe or a different kind of cookie.

It makes sense. Food lends order to his day: breakfast, lunch, dinner, dessert. It is concrete. It is soothing. It tastes good.

The other problem is Jack hates—and I mean hates—exercise of any kind, especially team sports.

We dipped our toes into the icy water of the swim team. Unsuccessful.

Jack and autism, by their very nature, are adverse to team sports and playing well with others and not being bossy or losing interest or staring at the ball with a blank expression as if it was an alien life form. So far, the only physical activity we’ve had luck with has been karate.

This spring he also ran track for the Special Olympics team, but he refused to do it unless his brother, Joey, did it too. Even then, it took a fair amount of arguing in the car each week before he would get on the field.

This isn’t to say he doesn’t move throughout the day. If self-stimulation, or autism’s charming side effect defined as repetitive movement, were an Olympic sport, Jack would win a gold medal because a lot of his time is spent grunting and rocking and hopping around the room.

We call it his zoomies. Apparently, zoomies do not burn off after-dinner bowls of ice cream.

And although he hated swimming on a team, whenever we go to the pool in town, he jumps off the diving board so many times it makes my head spin. High jumps, cannonballs, and straight drops into the cold water.

I suppose I could create a schedule for him—a matrix with times and meals and healthy snacks and all that. I could make a rule that he has to ride his bike up and down the driveway for at least an hour, or play tag with his brothers and sister outside.

But I spend so much of my day—my life—begging my rigid boy to flex and bend that frankly, it feels crappy to start asking him to count calories and manage a fitness routine. He is already bound by his own self-imposed rituals and rules, and I am reluctant to add any more.

Our culture is not-so-neatly intersected into two somewhat polarizing, categories; there is the love-yourself-as-you-are category, and the health-obsessed category. When it comes to Jack, I feel as though I am standing at the intersection.

This is what autism does for me. Having a son like Jack forces me to drag all the ugly, gross, embarrassing parts of my psyche into the light and examine them. It forces me to understand exactly where I stand at the crossroads of love and health, hope and fitness and food.

I want him to enjoy he taste of cold, chocolatey ice cream on his tongue after dinner and the rush of water over his body after a jump from the diving board.

Mostly, I don’t want him to have to endure any more shame, or insecurity, or embarrassment than he already does.

“What is for me weird. They said weird for me.”

But like the spectrum itself, there is no one solution to Jack’s higher-than-average body mass index. Whether it’s swearing or screaming or seatbelts or ice cream, we can only take it a day at a time.

Today, we will remind that his body needs good food in order to be strong and healthy and fit.

Today, we will remind him that he always feels better when he rides his bike or swims in the pool or dances to the music.

Today, and every day, we will remind him he is loved.

And we will hope for the best. 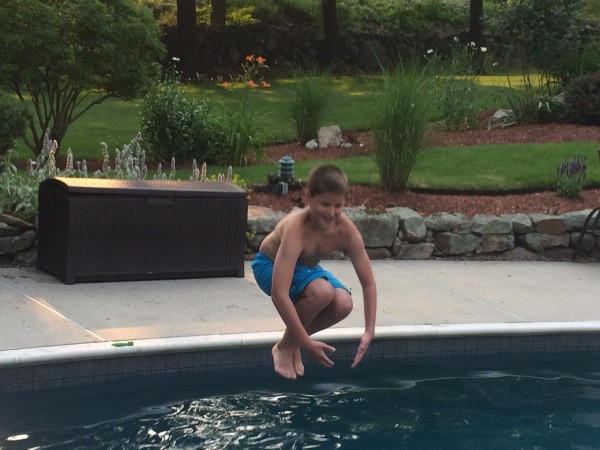 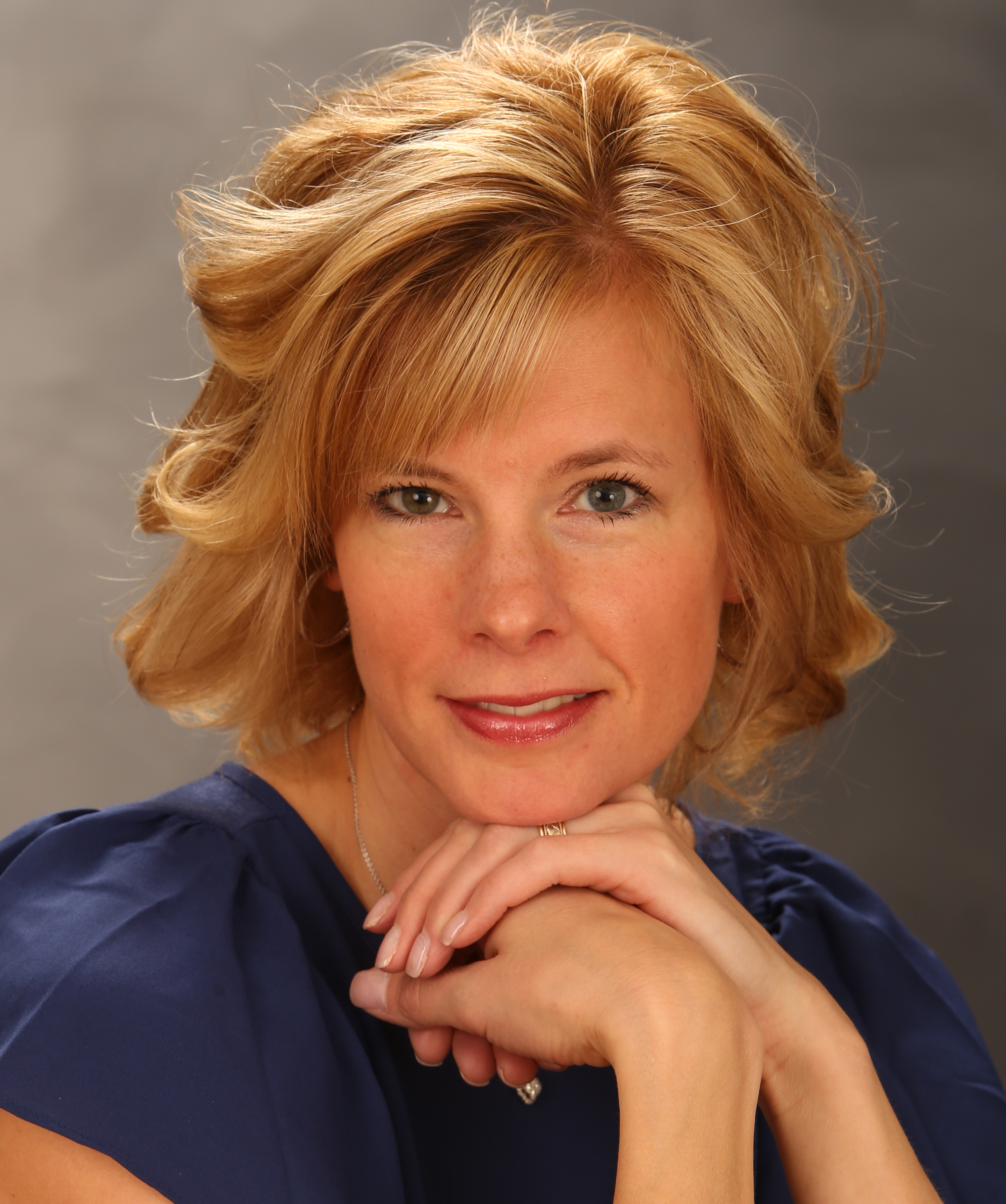 What Color Is Monday
> See my posts
> Visit my blog

My husband and I have five children, and our second son is diagnosed with autism. I blog regularly about marriage, motherhood, and how scary and fun and messy and beautiful and enlightening it is to raise a child on the spectrum.

Please, Don't Judge Me
I Know What Causes Autism
And Still, I Hope
advertisement

Please, Don't Judge Me
I Know What Causes Autism
And Still, I Hope