Published by The Mommy Rundown on March 8, 2019 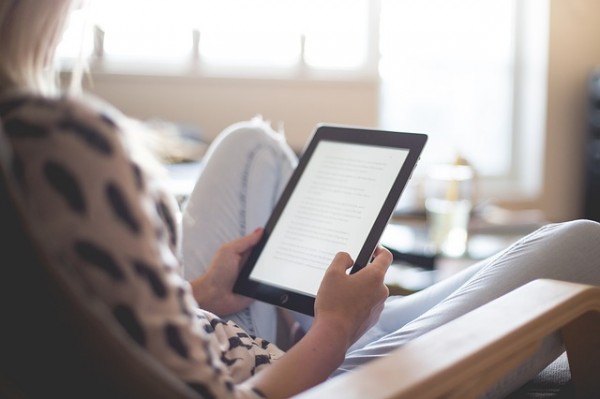 In the age of Fortnite and endless online gaming, it’s hard not to have your kids glued to an iPad, tablet, phone or another device. That’s probably why I was hesitant to let my girls have a screen they could call their own…well, sorta their own.

Trust me, I’m not anti-technology, I’m just anti-screen zombie child! Nothing kills me more than to see a child addicted to a device so much so that they’d rather interact with their screen than with other kids.

But, a few months ago, I gave in and bought my kids a new iPad for Christmas. We had an iPad, but that thing was so archaic that I couldn’t load any new apps no matter what I did. After all, it was nearly ten years old, so I shouldn’t really complain. My kids would play on it as much as they could. But, when they wanted to go on programs they were using at school, the iPad would just laugh. I let them use my computer, but I would cringe every time they did because I was always afraid they would touch something and it would self-destruct.

So, I guess I had no choice but to buy an iPad. When I told people they immediately thought I was buying two iPads because I have two kids. When I corrected them that there would be one singular iPad they would be sharing, there were plenty of laughs and “good lucks”. I scratched my head because they had been sharing the stone age iPad for as long as I could remember with virtually no problems.

With two iPads I envisioned my girls sitting on opposite ends of the couch on their iPads being anti-social zombies. That scenario did not bring me joy. I figured with one iPad they would not only be forced to share but maybe they would actually play on it together.

Fast forward almost three months and my strategy seems to be working. They’ve learned to share the iPad and what happens when they don’t…I take it away until I feel like giving it back. The joys of motherhood! There are plenty of days when they would just veg out with it all day if I let them. I can see why so many parents give their kids devices for hours on end. It keeps them quiet and out of your hair. While that’s great and all, too much screen time isn’t doing anything positive for anyone. That’s why I set limits and will even put a timer on in case I lose track of time. The quietness can do that to a person. When the timer goes off, the iPad takes a nap and they move on to another activity that doesn’t involve a screen.

While it’s not always unicorns and rainbows in shared iPad land, it is a place where I can win the technology battle…at least for now.

*This post was first shared on The Mommy Rundown.

Why the Fittest Parents Own iPads
I Might Be Screwing Up With Technology and My Daughter – Or Not
Should Children Get iPhones for Christmas? Advise for Parents.
advertisement

Why the Fittest Parents Own iPads
I Might Be Screwing Up With Technology and My Daughter – Or Not
Should Children Get iPhones for Christmas? Advise for Parents.