Why You Should Know About Childhood Apraxia of Speech

Published by Susanne Kerns / The Dusty Parachute on April 6, 2017 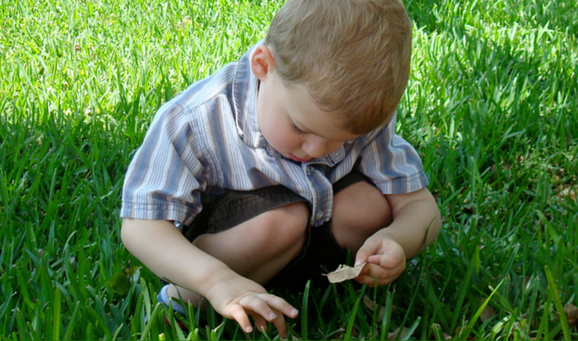 Imagine not being able to speak to your family and friends. In your head, you know the exact words you want to say, but when you try to cue your mouth to create the sounds, it ignores your commands, leaving you frustrated, confused … silent.

According to the American Speech Learning Hearing Association, “CAS is a motor speech disorder. Children with CAS have problems saying sounds, syllables, and words. The brain has problems planning to move the body parts (e.g., lips, jaw, tongue) needed for speech. The child knows what he or she wants to say, but his/her brain has difficulty coordinating the muscle movements necessary to say those words.”

Most people have never heard of CAS, I certainly hadn’t when my son was diagnosed with CAS a little before his third birthday.

He had already been working with a Speech Therapist twice a week for the past several months after our pediatrician determined he wasn’t hitting some of the typical communication milestones at his two-year well check visit.

Does he point to things or pictures when they are named? Yes.

Does he say sentences with two to four words? No.

Does he repeat words overheard in conversations? No

In fact, he didn’t say many words at all, and the ones he did say required some translation by a family member. I’m sure we shocked more than a few bystanders out in public whenever he would shout, “die!” at me instead of “bye.”

I was hesitant to even bring up my speech concerns with the pediatrician. My son was only two years old, and friends and family had tried to reassure me, “boys are always slower to start talking,” and “second kids usually start talking later.” Even well meaning strangers at the park would share anecdotes about a niece that had the same problem and then one day just miraculously started speaking in full sentences.

We waited a few months for signs of progress, but my mother’s intuition nagged at me the entire time. Finally, on New Year’s Eve 2011, I reached out to a speech therapist and scheduled a consultation.

At the initial evaluation she ran him through a series of play-based exercises to assess the range of sounds he could make, and also determine his oral strength and coordination. I expected him to have challenges enunciating many of the words and sounds, but I was surprised by his struggles with the coordination tests. He not only couldn’t blow a bubble using a bubble wand, he couldn’t even coordinate his mouth and breath to make a bubble jiggle when she placed one on the wand directly in front of him.

We started him on schedule of therapy sessions twice a week and within six weeks had our first breakthrough. We were outside watering the garden one night, when he ran off around the corner of the house while shouting, “bye bye!” It was the first time he used the word ‘bye’ instead of ‘die.’ I wanted to go give him a lecture about staying where I could see him, but instead I just stood there, smiling, the hose in my hand now watering nothing in particular, as tears streamed down my face.

His progress continued, and at his six-month evaluation I was expecting his therapist to tell us that he was nearing graduation. Instead, she asked me if I had ever heard of Childhood Apraxia of Speech.

I had not, and I’ve learned over the years that very few people have. According to Isa Marrs, Speech Language Pathologist, CAS affects only 2-3 children per 1,000. Because the symptoms are similar to other speech disorders, up to seventy-five percent of cases are misdiagnosed. The research is underfunded and as a result, much about CAS is not fully understood.

Since there’s no clear research to determine what causes CAS, I did what any mother would do and I started making a list of my own potential reasons: the deli meat that I ate while I was pregnant, a side effect of my beloved epidural, the time I couldn’t reach him in time and he got kicked in the head when walking to close to the swing set.

I tried not to dwell on the “whys” for too long and instead channeled my energy into “what now?” The limited research available all supports aggressive therapy, started at as young of an age as possible.

We were fortunate that we had the benefit of a one-year head start with speech therapy. Although we could not afford to increase the frequency of our visits, I did become more diligent about doing our speech homework on days off: blowing bubbles, blowing whistles, drinking through a special straw, having him use a mirror to watch himself practice tongue exercises with Cheerios and ensure that he was keeping his mouth closed while chewing. We purchased his favorite games that his speech therapist used to encourage practice, Candy Land and Break the Ice transformed from simple board games to tools to help give my son the gift of speech.

In August 2013, almost two years after his first session, my son graduated from speech therapy. Today, he is in Kindergarten, already reading chapter books and able to explain entire plotlines of Star Wars with such detail and depth that I have to ask him for a little break since “mommy’s ears are full.” He is still working on his “R” and “Th” sounds and has moments when his mouth can’t keep up with his racing, six-year old thoughts, but has progressed to the point that he is fully understood by all of his teachers and classmates. 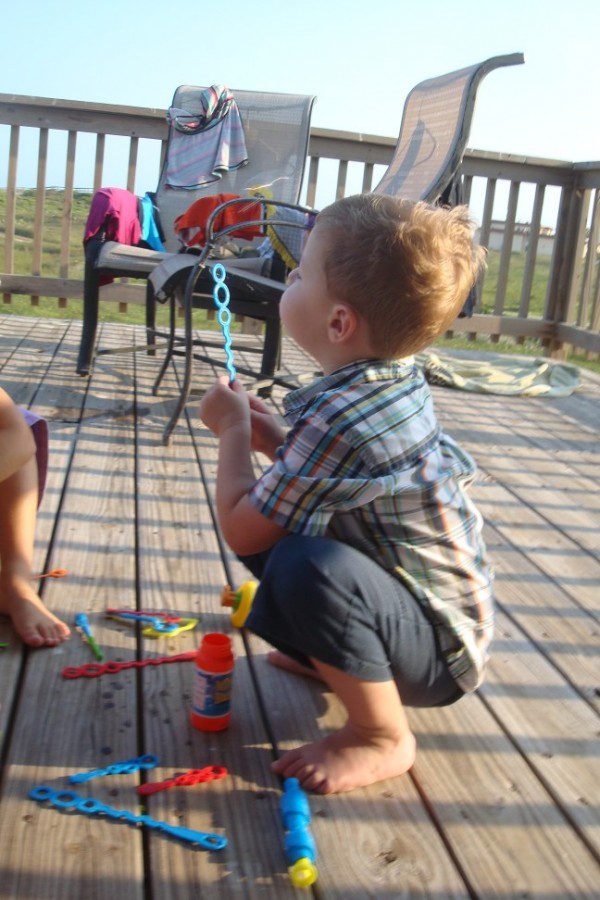 Unfortunately, many kids with CAS can’t tell the same story. Their cases may be more severe, but often it’s simply because they can’t afford the necessary therapy or never receive the correct diagnosis due to the lack of awareness about CAS.

May 14 is Apraxia Awareness Day. Sharon Gretz, Executive Director of the Childhood Apraxia of Speech Association of North America (CASANA) stresses the importance of this day: “Raising awareness about apraxia is crucial to assuring that affected children and youth throughout the world are provided with the help that they need in order to fully realize their potential. With appropriate speech therapy and the support of family and community, most children with apraxia of speech will become capable verbal communicators. Without appropriate help, that possibility seriously diminishes. This is what is at stake.”

I’ve seen firsthand what a difference the appropriate therapy can make in the life of a child with CAS. No child should be forced to live this magical period of their young lives with all of their thoughts and words trapped inside due to an uncooperative mind and body. No parent should have to hear their child’s playmates chatter on endlessly about all of their daily experiences while dreaming of the day they will be able to hear their child’s unspoken thoughts.

You can help. Learn more about Childhood Apraxia of Speech and donate to help provide therapy for a child in need at http://www.apraxia-kids.org/

Original story posted on my The Dusty Parachute blog. You can read more here. 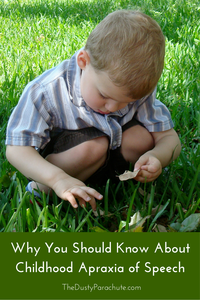 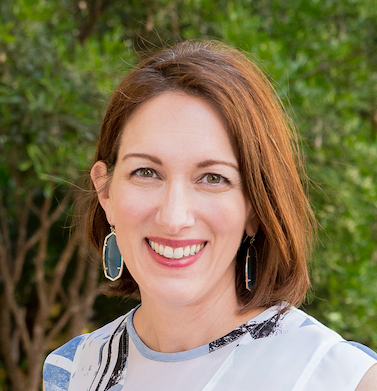 Susanne Kerns is a Writer living in Austin. Her stories are featured in the books, I Just Want To Be Perfect, It's Really 10 Months - Special Delivery and Martinis & Motherhood and many websites, including her blog, The Dusty Parachute.