I'm thankful for the girl who holds my son's hand

It’s good to have a friend.

They’re nearly the exact same age, yet their development spans the distance of continents separated by the sea.

She’s nearly a fish and he stays afloat via a rubbery hand-me-down life jacket. 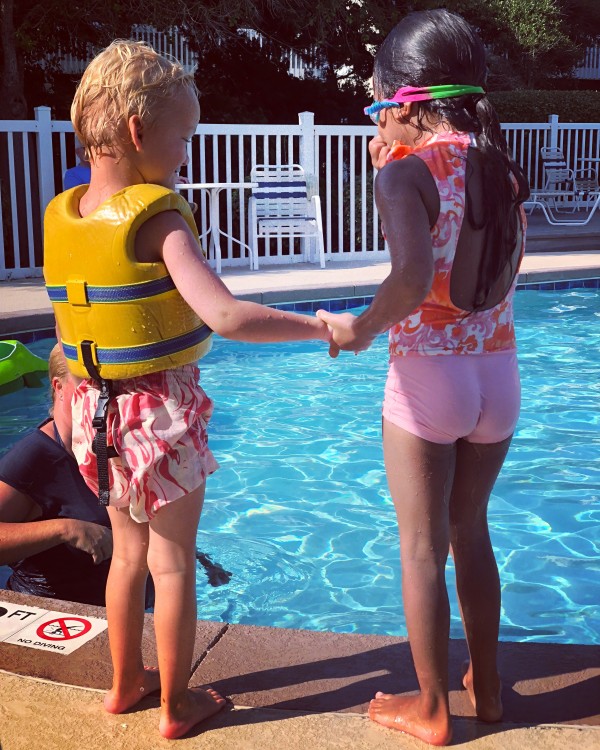 She does front and back flips and he has just gotten brave enough to walk down the steps that terrified him last summer.

She talks incessantly and he says little in return.

“Why doesn’t he answer me?” she asked.

“He’s his own person, but I think he’s listening,” I said confidingly.

They played together and though he didn’t chatter back, he followed her instructions.

They climbed from the water and stood on the edge as she explained to him that they could jump together.

The second time, he reached for her hand and when she jumped, he squealed with laughter and carefully climbed down into the water.

Real friends meet you where you are.