'All the doubt melted away': How our saying 'yes' to adoption started a chain reaction

Do you ever look back at how a choice you made in one moment sparked a whole chain of other life-changing moments? It’s enough to make you stop dead in your tracks in the middle of Target, just thinking about the wonder of it all. 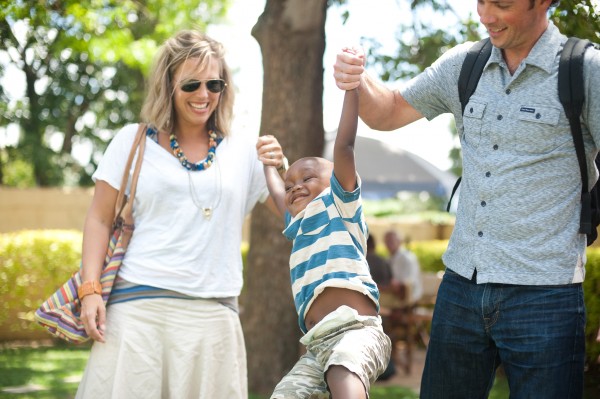 For me, that chain-reaction moment came during an international trip with my husband, Joe. This was one of a slew of trips we’d taken together to learn about sustainable ways to alleviate poverty. It was on this trip I held an orphaned child in my arms for the first time since becoming a mother myself — and I felt a powerful stirring in my heart.

When I shared this stirring with Joe, I discovered he had felt something similar. And soon after, we decided to say yes to growing our family through international adoption and a crazy adventure began. Never could we have imagined how grueling it would be, nor how drastically it would impact the lives of not only our family, but thousands of families throughout the world.

Joe and I met and fell in love during a Food for the Hungry training program. We shared a passion for travel, an outspoken opposition to injustice and a love for those living in poverty. Our relationship and subsequent marriage, therefore, was built around a desire to make an impact in the parts of the world that often go unnoticed. Looking back, it shouldn’t have come as a surprise when, years later, we felt called specifically to international adoption. 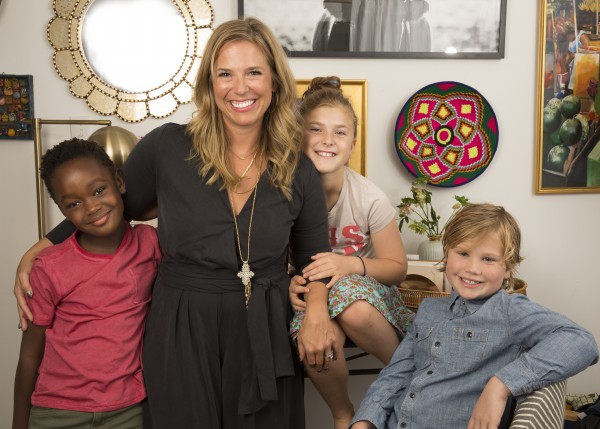 When we started down the road towards adoption, we already had two biological children, Amelie and Holden. And we had developed a successful house-flipping business in Austin, so we were financially prepared — as well as emotionally — to welcome a third child into our home. The recession and the subsequent crash of the real estate market, however, brought our pursuit of that dream to an abrupt and resounding halt.

Joe and I started brainstorming about possible ways to fund our dream of international adoption. It was during this time that a mutual friend connected me with two talented jewelry makers in Uganda named Jalia and Daniel. The couple was living in poverty, but their products were beautiful — all they needed was a marketplace to sell their pieces. And before I knew what was happening, I had become that marketplace. Driven by my desire to fund my adoption and inspired by the possibility that I could make a difference for this couple, I began purchasing their products and selling them in my community.

What I didn’t realize then was that this would become the first trunk show for the company that is now my life’s work, Noonday Collection. My customers were in awe of the beauty of the handmade jewelry and compelled by the intersections of fashion and impact. That first scary but beautiful yes — the yes I said to adoption — had already started a ripple effect in my life that was pushing me further out of my comfort zone into a life I never could have imagined. 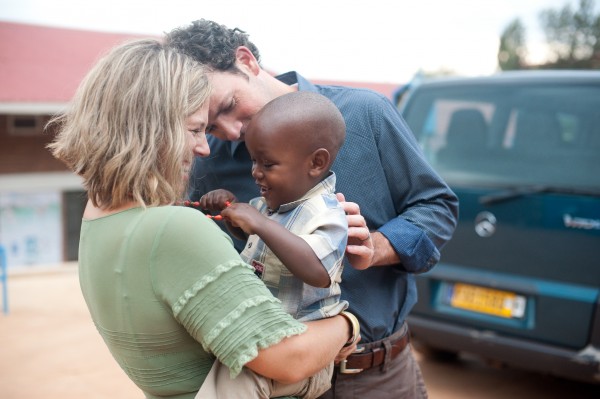 Fourteen months later, we were matched with our little boy, and got to see his picture for the first time. Two weeks after that call, Joe and I flew to Rwanda to meet him in person. We spent two hours signing paperwork in a government office and then headed to the orphanage. Despite the years I had waited to meet him, feelings of insecurity began to fill my mind. I worried that this child wouldn’t want me, that he wouldn’t feel love, that I wouldn’t feel all the feelings I’d been expecting. Then, two-year-old Jacques, or Jack as we would eventually call him, walked towards us hand-in-hand with a nun. I reached out my hands and took him in my arms and, at that moment, all the doubt melted away. Here was my son, born not of body but of soul. 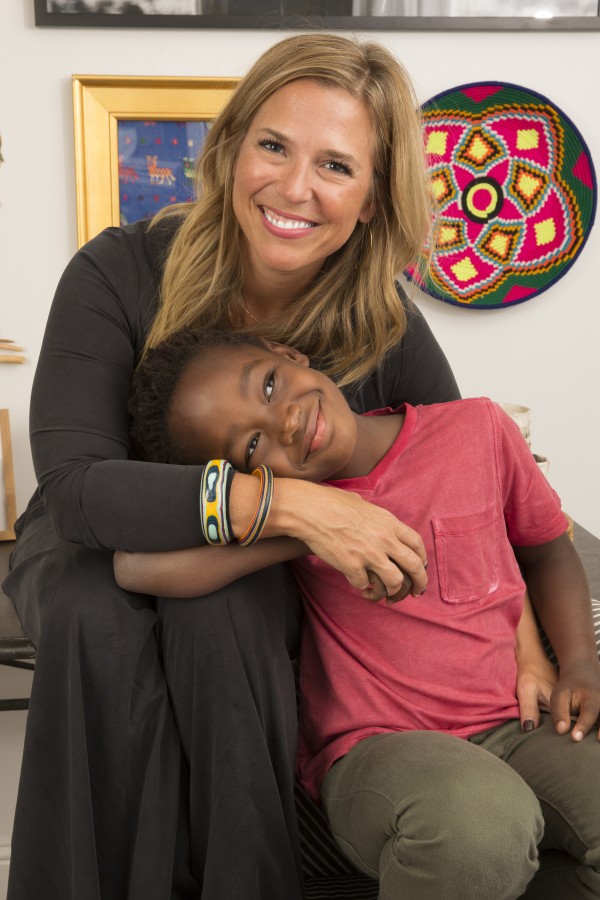 Today, eight-year-old Jack is officially our son and has completed our family of five beautifully. He is energetic, thoughtful and unabashedly kind. Every time I look into his face, I can’t help but be reminded of what it cost to bring him home, and of the importance of choosing to move forward with courage in spite of your fear. I also saw how this embrace of courage began to seep into other areas of my life and began even to influence my children.

One night, while I was putting my daughter to bed, she said, “Mommy, I am so glad that we adopted Jack. If we had not adopted Jack, we would not have started Noonday Collection. And Noonday has helped so many people. It’s helped our family, too.”

Getting Jack home required a willingness to step into uncertainty, and a courage I had no idea I had. That imperfect courage I found within myself compelled me even more to work towards empowering women and families around the world. Many of the ambassadors who sell Noonday’s products become a part of the company to earn money for their own adoptions. And, when women living in poverty become entrepreneurs, it allows them to provide for their families and reduces the number of children in orphanages.

My daughter was right. None of this would have been possible without a little boy named Jack, and the beautiful chain reactions that result when you choose to simply go scared.

To learn more about Jessica Honegger and her adoption story, check out her forthcoming book, Imperfect Courage: Live a Life of Purpose by Leaving Comfort and Going Scared (August 14, 2018). 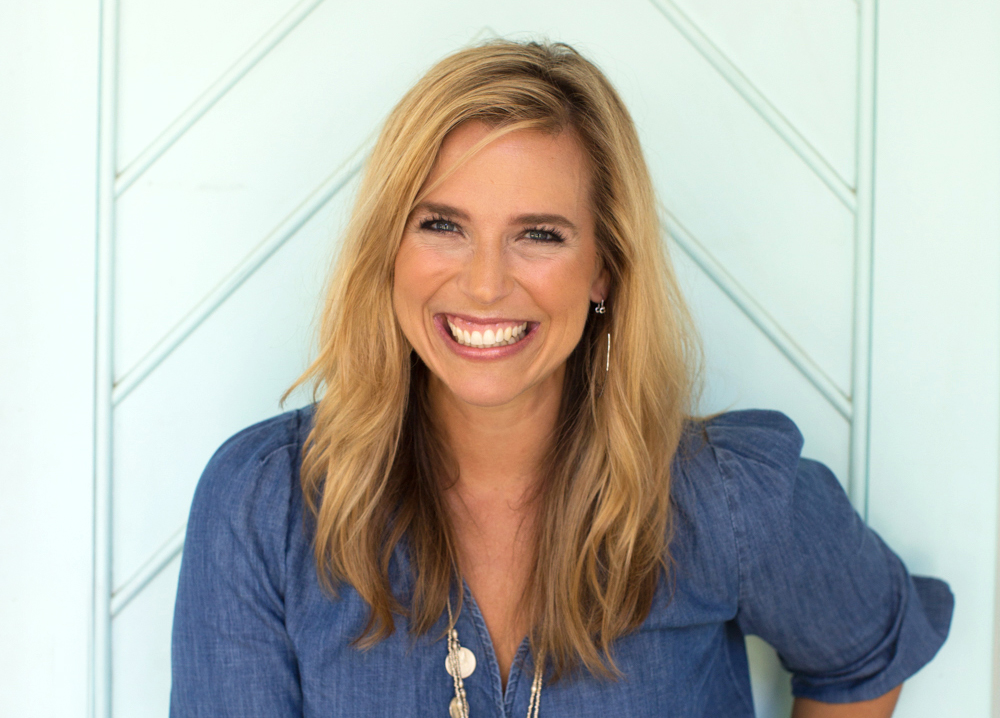 Jessica Honegger is the founder and co-CEO of Noonday Collection, the world’s largest fair-trade jewelry company. Her path to award-winning business leader was anything but traditional: from serving as a midwife in Bolivia, to earning her Master’s degree in Education, to renovating and selling houses in Austin, Texas, Jessica has followed her heart down several paths, gaining once-in-a-lifetime experiences that all still guide her decisions today. Based in Austin and a mom to three, she is also a passionate adoption advocate who initially launched Noonday Collection to help raise the needed funds to bring her and her husband’s third child home. Jessica shares her story, along with heartening encouragement, in her compelling new book, IMPERFECT COURAGE: LIVE A LIFE OF PURPOSE BY LEAVING COMFORT AND GOING SCARED, available August 14, 2018.

Doctors said our adopted son couldn't heal. We're thankful we didn't listen
Foster care, international, domestic and private adoption: The road that lead us to our Noah
My birthday, my ticket
advertisement

Doctors said our adopted son couldn't heal. We're thankful we didn't listen
Foster care, international, domestic and private adoption: The road that lead us to our Noah
My birthday, my ticket