When ‘they’ try to steal your child’s sparkle 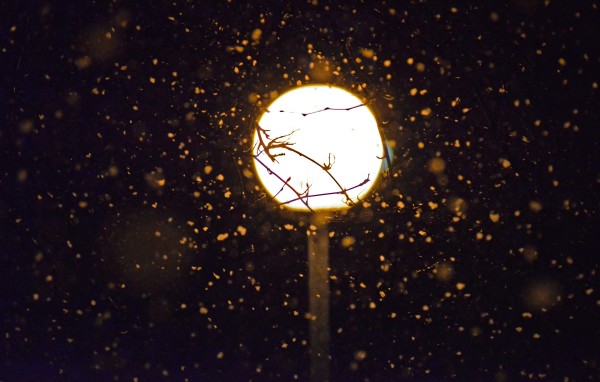 When you think of a bully what is the first thing that comes to your mind? For me, a bully is someone who incessantly makes your days horrible. Constant comments, dirty looks, making others laugh at your expense, emotional abuse day in and day out. Sometimes escalating to physical abuse.

I wondered what my girls definition of bullying would be. I asked them, ‘When you think of a bully, what do you think of?’

Then I asked, ‘what’s the first thing that comes to mind, that someone said to you that really hurt you?’ I had already heard these stories. But I really wanted to see if anything that was said to them had left a lasting impression and what they did about it.

I can't encourage you enough to ask your kiddos these questions. Just see what they say....

When I was growing up bullying wasn’t talked about like it is today. I can vividly remember a boy in high school asking me out on a date. I said no, I wasn’t really fond of this guy. A month later, we were sitting in biology class and I had a pack of skittles. I was passing them around the room when he said 'You guys took candy from the chunky monkey?’ Laughter rang out through the room. I was devastated. I’ll never forget the girl that was sitting next to him, loving every minute of my bashing. I had gained 25 pounds over the summer. That was a lot of weight for a young girl. What those kids didn’t know was that I had PCOS. I was already subconsciously thinking of my weight, the way my skin was darkening, the surgery I had to regulate my periods. The endometriosis they had found during that surgery. The fact that at 16 I had been told things that I couldn’t comprehend yet.

I can remember everyday when he and this girl would walk by my locker and scream chunky monkey at the top of their lungs. I would have to act ignorant to the fact that they were talking about me. When my friends would say ‘what’s that about?’ I would respond with ‘who knows....?’ But then biology class would come. This boy would ask me ‘if I could even cross my legs under the desk?’ ‘Did I wear baggy t-shirts to hide my Pillsbury rolls?’ I begged my mom to let me stay home from school. She would tell me constantly that kids could be cruel but, I was going to school. So then, I was ‘sick’ all the time. My junior year, that boy went to a trade school and I never had to worry about seeing him again. The things he said to me though would never ever be forgotten.

I consider myself a pretty tough chick. I never openly cried. I never told anyone what was being said. I was always nervous that if I told someone what was going on, that maybe they would think the same things about me.

Fast forward, I had been out of high school for four years when I walked into a gas station and saw the ‘now man’ working there. I went to pay for my things and he was so nice to me. Told me how great I looked and asked ‘ If I remembered him?’ He was excitingly telling me about how we went to school together! I said ‘Oh ya, I remember you.’ I gave him the hardest stare I could muster. He then said ‘I wasn’t very nice to you in school was I? I’m really sorry for how I treated you, my life wasn’t so great back then. ‘ I told him thanks and left. A year after that, I’d see him at party and this time he hit on me. I was so angry, the audacity he had to say these things. It wasn’t that long ago, in my head, that he was repulsed by me. The thought that he could think I would ever forget.... it was laughable.

Now that I’m a mother, I teach my girls the three things I took away from my bully:

First, talk to everyone. Make people smile and always be kind. Like my mother taught me, I’ve taught them to always say 'Hi' and smile to everyone they pass in the hallway. You never know if that’s the only hello and smile that person had that day. Secondly, we never know what someone is going through at home. Almost always, when the girls tell me what someone has said to them, that’s negative, I can say ‘Nobody has taught them any better yet.’ Thirdly, I tell them ‘Hurting people hurt people.’

Now that doesn’t mean that what people say to us, won’t affect us the rest of our lives. It absolutely doesn’t mean that ‘Billy’ gets a free pass to say whatever he wants. But, it does put a different spin on why ‘Billy’ is like this. I also try to teach the girls that there is a huge difference between a kid who’s a bully and a kid who’s a jerk. The term 'bully' is now used in regards to every jerk kid. I think it's mostly because our children now attend assemblies every year about bullying. We have entire weeks dedicated to kindness. All of this is amazing. BUT, not everyone who hurts you is a bully. We need to make sure that we are teaching our children that sometimes people just have a bad day and lash out. Teach them that some kinds just aren't their kind of kids. Bullying is when someone seeks you out repeatedly, to make your life hell. A jerk, is just having a bad day. I always try to watch when my girls say "this person is a bully." I ask questions and try to open their eyes to the fact that they are not being bullied, they just had a run in with a jerk.

The point is that so much pressure is put on our kids. Yes, we can teach them to ignore the jerks. Because for the rest of their lives, they won’t hit it off with everyone. When it comes to a true bully though, we need to teach our kids to stand up for themselves. Here are some one liners I’ve taught the girls that have worked every time.

These questions/comments aren’t allowed to be said snarky. The girls must really say these things with empathy. Because I’ve taught them to feel sorry for bullies. To look at these kids/teenagers and see that something is wrong with THEM. Because normal people don't go around seeking others out to hurt them for fun.

If your child is being bullied. It is one of the hardest things to walk through with them. We love our children so much and we want them to have the happiest, easiest life they can have. With all of that being said, yes, you have the right and responsibility to step in whenever a situation has gone too far. We need to focus on empowering our children. To teach them that they are not victims but survivors. To teach them how strong they must be to hear something ‘like that’. LISTEN to what they tell you. Put a spin on what they say. Tell them how sad it is that someone feels so much hate in their heart that they lash out at other people. Make sure they know, it’s not about them specifically. Above all, make it clear that you are always in their corner. Now, you have every right to be pissed and handle the situation however you see fit behind the scenes. You should step in if needed. The biggest advice is to make sure that your child doesn't feel alone. I will admit that when the girls have come home and told me things that happened during their days, I have had some Allie McBeal moments and imagined yoking these kids up. (Sarcasm) I tell myself it's only natural to want to jump in and fix everything for our kids. Remember that you are the example! You are who they are watching and listening to. Empower them to take control back. They will remember that feeling forever.

One day, my little girl came home, and told me she had nobody to play with at recess. My heart broke for her. I told her that 'tomorrow I wanted her to look around the playground and find another boy or girl who didn’t have anyone to play with and introduce herself.' She did just that, she’s been best friends with that girl for the last six years.

I’m sure all of you have stories similar to mine. Days that you just wish you could rewrite for your children. For the parents that deal with their child coming home sad on a daily basis, my heart goes out to you. For the parents whose child cries every morning before school, my heart breaks for you. For the parents who don't know if their child has any friends at all, email me and I will be there to listen to anything you want to give me. Parenting is the hardest job. Our kids didn't come with manuals. We are all chugging along doing the best we can. You're are their parent for a reason. You were handpicked to love and guide them through life. All we can do is raise our children to be loving, strong, stand up for themselves and have empathy for others. Because we never know what goes on behind closed doors. 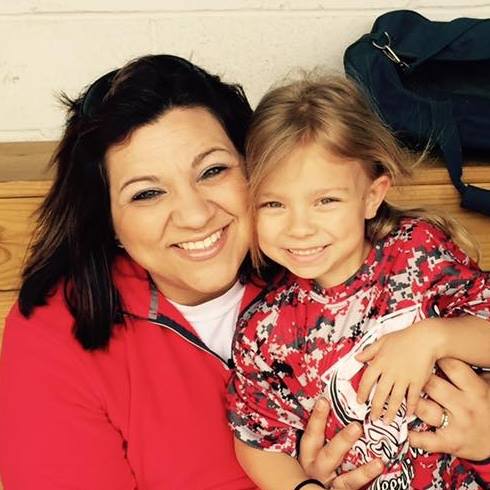 I am in my early thirties. Married for over a decade and the mother of four girls. Follow me on my journey while I'm Holding My Own.