When they just won't sleep

My daughter (now 8 years old) slept well. The first few weeks, she was up every four hours like most babies. By the end of her second month, she was sleeping a solid 6-7 hours at night. It was never easy to get her to nap though. My son wanted attention every four hours for his entire first year. He is 7 years old and he still gets up in the middle of the night. I don't even care that he still comes into bed with us, so long as he does it without pulling my hair when he climbs over my head.

When they were young enough to nap, life was good. I would snuggle in for a morning nap. If I could get them both to sleep at the same time, it was a happy miracle. It didn't last long. They are 16 months apart. My daughter figured out that if she woke my son up from his nap, I would not be able to work on her taking her nap. So nap time became a car ride. It was the only way I could get them both to sleep for an hour. I would get them to sleep, then come back and park in the driveway. I either took a nap with them or read a book while drinking a cup of coffee. Peaceful.

At some point, my son decided that stopping the car didn't work for him any longer. For a few months, their nap time became the time of day for me to drive around the really nice neighborhoods looking for houses I would live in if we made more money. Sometimes I would just drive to a far away park, they would sleep on the way there and if I was lucky, I would get another half hour on the way back. One day they fell asleep on our way to an indoor bouncy place. It was way earlier than usual and I realized they were going to need to eat lunch when they got up. My schedule was thrown off as my plan was play, lunch, nap and not the other way around. I went to the nearest place for lunch and parked the car in the parking lot to wait out the nap. I dozed off too. Next thing I know, 20 minutes have gone by and there is a loud knock on my window. Someone called the police to make sure I was okay. So very embarrassing but also very annoying - the kids woke up and were cranky the rest of the day. Busy bodies!! My cousin and traded bar stories for stories of good places to nap with the kids in the car. Good times.

When my daughter started pre-school, she fell right into the routine of napping for an hour each day on a mesh cot on the floor. Really?! The couch, crib, stroller, etc. were not good enough at home?! How did they accomplish this?? More parent failure came when my son went to pre-school and began taking 90 minute naps - 90-freaking minutes! - on a similar mesh cot! Clearly, I was not a good nap mom. I did not know how to do it.

With bedtime, I tried to give them the right tools from the beginning. We stuck to the scheduled hour even in the summer and even most weekends. We read at night and started that in the infant months. Still, my daughter would fuss when I put her down and she still sometimes cries when she has to get into her bed. She tries every trick known to kids - bathroom, water, emergency drama. Once she thought she choked on her stuffed animal and was going to die. In reality, t fell out of the bed and on the floor next to her. My son, started off without a problem. I'd put him down in the crib, he would smile at me and settle in. Then he took his first steps. It was all over after that. 10 months old walking, 11 months old climbing out of the crib as soon as I put him in it. We've moved on, nighttime routine is much better now.

Last night, my husband fell asleep on the couch. I woke him up and sent him to bed. I stayed up way too late watching television and playing games on my iPad. Not sure where these kids got their sleep habits! 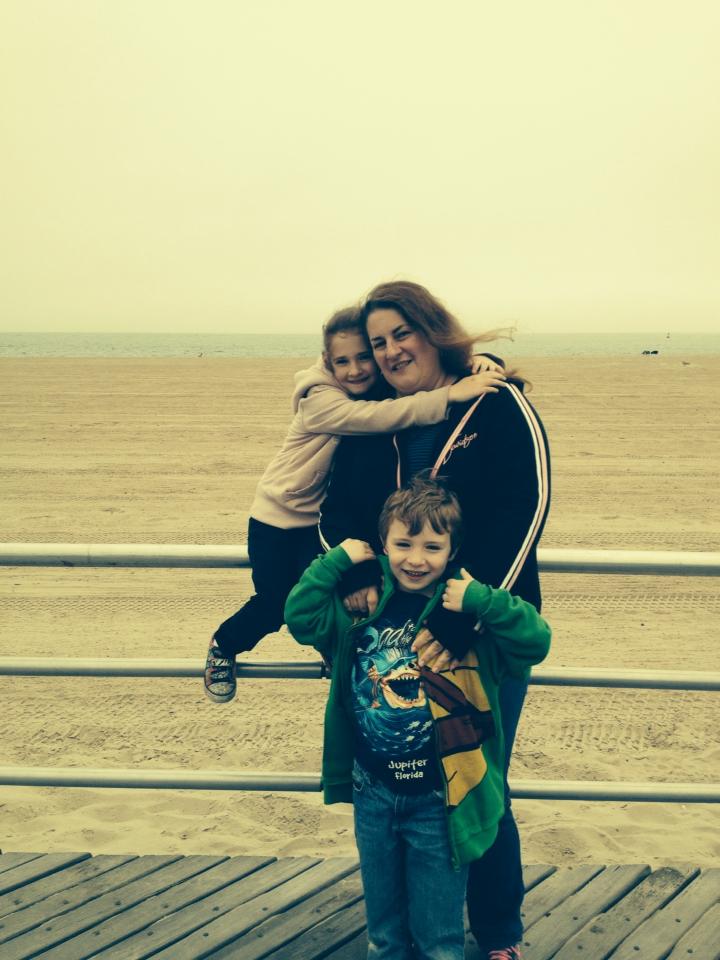 Mom of Rose and Johnny, wife, administrative assistant. I love the movies and I'm glad these two share that love. My favorite thing to do is take them to new places, museums, parks, vacation spots. It is so fun finding new things together!

Sleep Specialist forgets all her training
Take Your Bedroom Back... Or Not
The ONE Way I finally got sleep with my infant son
advertisement

Sleep Specialist forgets all her training
Take Your Bedroom Back... Or Not
The ONE Way I finally got sleep with my infant son