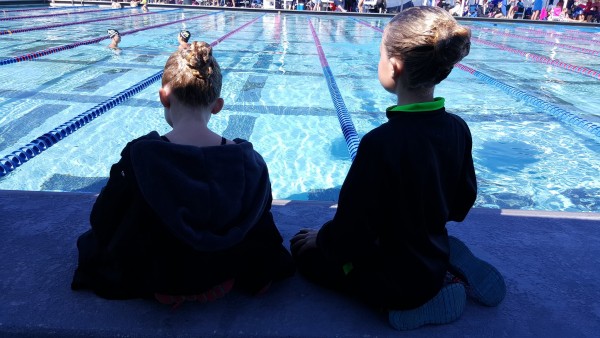 My 10-year-old daughter is a Junior Olympic-level synchronized swimmer. She’s been an accomplished swimmer since she was a toddler. So, of all the things I have worried about as her mother, drowning was not one.

At a regular synchronized swimming practice at the New Tampa YMCA, she did several laps with very few breaths in a row. She then attempted a 50 meter “zero under,” trying to swim the distance without taking a breath. She says that she felt great, and she remembers seeing the wall before thinking, “I should take a breath, but I’m almost there, I can do it!” And she did do it, but she blacked out before breathing, and sank to the bottom of the pool.

This phenomenon is called “shallow water blackout,” and it occurs often with experienced swimmers during breath-holding exercises or times in which they enter the water after “hyperventilating” (breathing rapidly and reducing the amount of carbon dioxide in the body to abnormally low levels, which can interfere with the brain’s signals to the body to take a breath). It happens to free divers, to children having breath-holding contests, and, especially, to competitive swimmers in training.

Drowning in general is quiet and much harder to detect than movies and television would have you believe. Victims have no energy for thrashing and screaming. Those who suffer from shallow water blackout are silent, and they don’t even realize what is happening. “I can do it!” they think, riding a wave of euphoria that is, instead, their brain shutting down from lack of oxygen.

Seconds before my daughter dropped to the bottom of the pool, an attentive YMCA lifeguard* noticed that my daughter’s legs were moving oddly as she approached the wall at the end of her “under.” As she surfaced and then sank, the lifeguard sprang into action, signalling the three other lifeguards on duty to move into their well-rehearsed emergency procedures. By the time the lifeguard had lifted my daughter to the surface, unconscious and not breathing, another lifeguard was ready to pull her out and begin CPR. Other lifeguards brought the AED, cleared the pool, contacted authorities, and performed other tasks. They worked together efficiently and effectively, and my daughter was breathing, conscious, and able to speak by the time paramedics arrived.

Their actions, completed with confidence and without hesitation, saved my daughter, no question. Research says that shallow water blackout victims only have about 2.5 minutes to be resuscitated before they suffer brain damage or death. My daughter is fine and back in the pool, once again training for the Junior Olympics and prepared to continue her lifelong “straight A student” streak in the fall. I am grateful for the quick-acting lifeguards and for the YMCA’s emphasis on training and safety.

As a parent, getting the news that your child is gravely (and perhaps mortally) injured is life altering. I had no idea what it meant to be truly terrified. I never even realized that I didn’t know what true fear was. The altered consciousness, the limited focus, the way, hours later, I realized that I still couldn’t breathe properly, and that I’d hurt muscles and scraped my feet and never even processed those things because the part of my heart that lives in my daughter was nearly broken beyond repair.

Running out to the pool and finding it silent, with onlookers frozen against the fence while a small group huddled together over a figure that I knew was my child, was an experience I’ll never forget and I surely don’t want to relive. I learned so many lessons, some of which I’ll share over time, and some of which I’d like to forget and to spare any other person from experiencing. My heart breaks for parents who have had similar experiences, some of which ended tragically. I have peered through the crack into your world and I’m so very, very sorry for your loss. I know now that I cannot truly understand how you feel, some pain far beyond what I could ever imagine, and I ache for you.

If our experience can save others from tragedy, I’d like to share it far and wide. Don’t take water safety for granted. Please learn more about drowning in general and shallow water blackout in specific (visit ShallowWaterBlackoutPrevention.org for more information). And please don’t take your children for granted either. They can be gone in the time it takes you to take a shower at the YMCA. 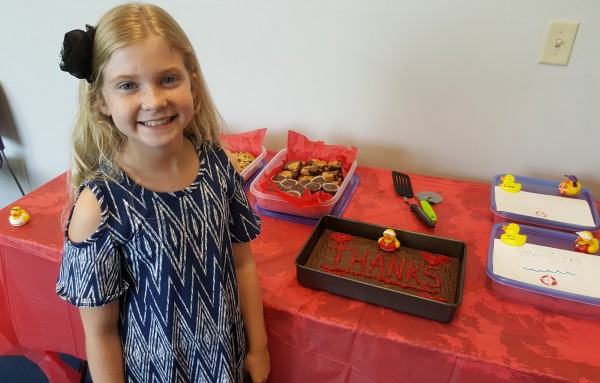 At a "thank you" luncheon for the lifeguards a week and a half after the accident.

*Lifeguards' names/photos were not shared because three out of the four are minors.

Brenna Fender is a freelance writer who can be reached at BrennaFenderWriter@gmail.com or via Facebook. She also has a humor blog called Laughing at the Rain, with an associated You Tube channel and Facebook. Brenna is currently working on an e-book series as well as regular articles for Clean Run magazine.

Brenna Fender is an award-winning writer of both non-fiction and fiction works. She is currently working on an e-book series, humor blog, and several magazine articles. Contact her at BrennaFenderWriter@gmail.com.

How could I ever swim again after losing my son in a swimming pool accident?
Drowning-a silent killer
My Daughter Almost Drowned
advertisement

How could I ever swim again after losing my son in a swimming pool accident?
Drowning-a silent killer
My Daughter Almost Drowned