Published by Gail Cornwall on August 4, 2016 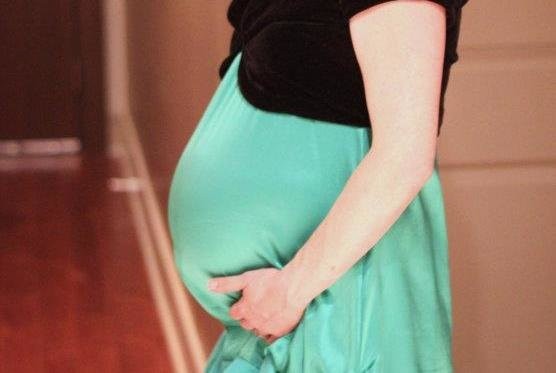 There’s usually no acute dysfunction to complain about, just a decrease in efficiency, almost like a computer struggling to function with a big program running in the background. Corporeally speaking it’s actually more like fighting a cold than running underwater. A fog clings to your day, making every task slightly more difficult and draining; plus you’re tired because you have trouble falling asleep and can’t stay down very long at a stretch thanks to clogged and/or overactive nasal cavities and muscular soreness.

I hear a lot of talk about how wonderful the middle portion of pregnancy is, but after experiencing it twice, I’m forced to conclude that the much-hallowed period largely gets graded on a curve.

That's because the second trimester is clearly better than the first, which is essentially two months of the worst hangover you’ve ever had. Men, picture near constant dehydration, oily skin, frequent headaches, such intense exhaustion that you’d give up tickets to an Adele concert to spend a few more hours in bed, and, to top it all off, the distinct impression that you will throw up if you turn your head too fast.

We’re not talking a Sunday hangover either since one can neither laze in bed all day nor tell anyone around her what’s afoot. No, the first trimester is a middle of the week, suck it up, go to work, and pretend to drink at social events type of hangover.

Then there are unexpected embarrassments, like waking up your mate by snorting and gasping like a stuck pig as you try to turn over in bed, waddling down the street with an increasingly extreme amount of lateral movement required per foot of forward progress, and looking down at the elliptical you mounted in a desperate attempt to stem the tide of growing girth only to realize that the machine reset its program after deeming your best effort officially insufficient to qualify as movement.

And that’s only referencing healthy pregnancies; I’m sure a gestational diabetes sufferer would add cruelly restricted diet and a variety of other ailments to the list.

In fact, in many ways the third trimester unfolds like a season of The Biggest Loser. At the outset you only get more understanding of your intense health woes, but after months of hard work and a climactic event (that often drags on for far longer than desired) you no longer have to pop pills daily, avoid stairs at all costs, and wear textiles originally designed as temporary housing or table linens.

At least the second and third time around, I didn’t let the "second trimester is wonderful" thing fool me. I lowered my expectations, remembering that pretty much any day of being not pregnant beats the best day of mid-pregnancy and calling the mythical second trimester burst of energy what it is: relief at no longer feeling painfully hungover and denial that an existence akin to morbid obesity waits around the next curve.

For me that is. For others I know the imaginary second trimester respite is nothing but a cruel joke. Their descriptions make the nine months of pregnancy sound more like successive rounds of chemo, except without the breaks in between.

I know many a father who would gladly take over the burdens of pregnancy if he could, but I also know that it’s the rare man who can suffer from a cold without declaring, by word or deed, that he’s on the brink of death.

Which brings me to the one about fatherhood. It goes something like this: if men got pregnant, condom sales would skyrocket, and Republicans and Democrats would join hands and sing as they amend the Family Medical Leave Act to require paid leave starting the sixth week of pregnancy.

Gail Cornwall is a former public school teacher and recovering lawyer who now works as a stay-at-home mother and freelance writer in San Francisco. Her work has been published online by the Atlantic, the Washington Post, Salon, and the Huffington Post, among others. You can find Gail on Facebook and Twitter, or read more at gailcornwall.com.

Second Trimester of Pregnancy: Changes in your Body
First Pregnancy vs. Last Pregnancy
Bumping along: What you need to know about the 2nd trimester
advertisement

Second Trimester of Pregnancy: Changes in your Body
First Pregnancy vs. Last Pregnancy
Bumping along: What you need to know about the 2nd trimester