I traveled around the world with my kids: Here's what I wish I'd known before

When my son was two years old, we stepped off a plane from America and landed in Japan, where my husband's work would take us for the next two years.

With a time limit, we committed ourselves to seeing as much of Asia as possible, with our toddler son – and then our infant daughter – in tow. By the time we returned, our Japan-born daughter was now two years old and the U.S. was the tenth country she'd traveled to. Bringing two small children on worldwide adventures was joyous. It was hard. It was sleepless nights with crying babies, dawdling toddlers on packed city streets too rough for strollers and days filled with more wonder than I'd ever dreamed possible. 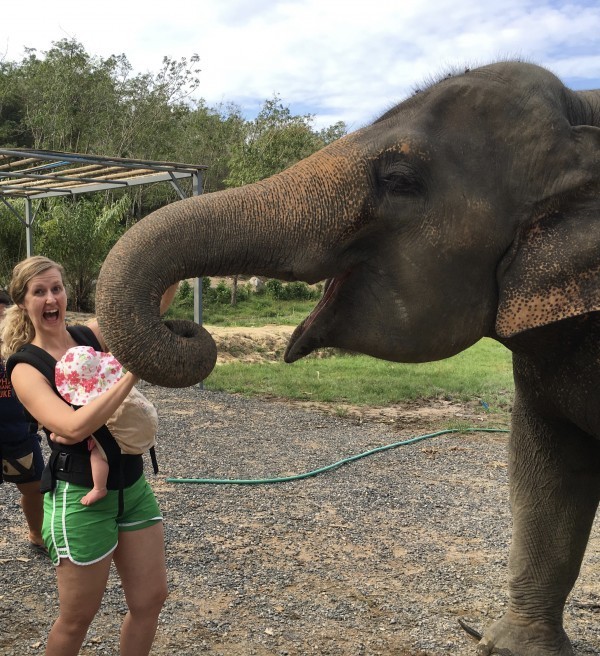 Here's what I wish I'd known when we were just starting our adventure, in the hopes it makes yours smoother.

The Kindness of Strangers Makes All Things Possible.

We missed trains. We lost luggage. With two small children, we moved like molasses through airport terminals and at historic sites. Yet everywhere – everywhere – we went, there was a friendly helping hand, someone who patiently explained metro routes or ticket fares to us, or gave our restless children a free piece of candy or a toy to make the trip easier. If you're nervous about traveling with a kid, don't be. Those helpers will find you when you need it most, and they'll also tell you about delicious restaurants and coffeeshops off-the-beaten-path, where you can nurse a baby or restock on diapers, and most of all, that they hope you'll love their country as much as they do. Also, let the strangers take their fill of pictures of your cute kids. 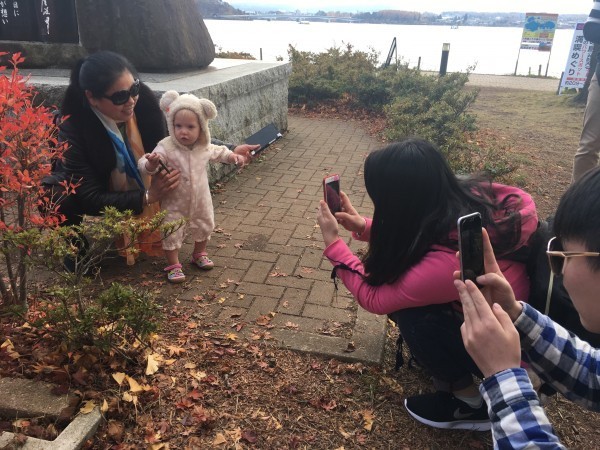 A Crying Baby Never Killed Anyone.

My daughter was a crier. A shrieker, to be more precise. Flight attendants brought me complimentary drinks on airplanes, fellow travelers gave me weary smiles in solidarity, and we were often ushered to the front of lines in hopes we'd be expedited, out of there – and somewhere else – faster. We once left a ryokan (traditional Japanese hotel) in the remote countryside several days early because our daughter sobbed through the entire night. But those days pass, and they pass quickly. If your baby is crying, be reasonable about the effect on other travelers, but also put it into perspective. All flights are short compared to the time spent in a destination. Request a room in the back corner, away from other guests. Snuggle the baby into a carrier instead of strapping them into a stroller and enjoy the extra close contact. Do what you need to do to have calm, happy children and take the moments when they don't live up to that ideal in stride. 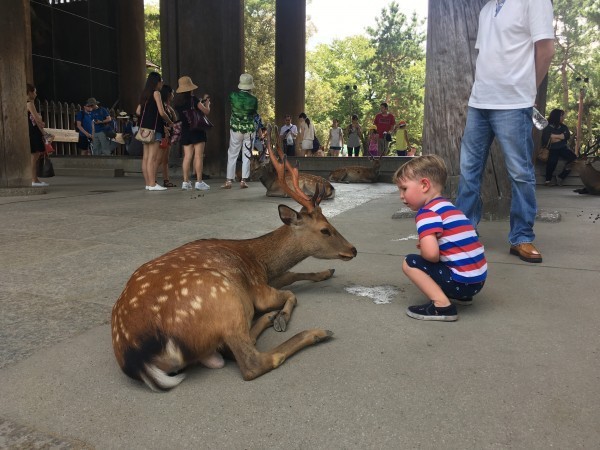 At nearly three, our son was in a rambunctious phase. He dashed ahead of us in the Hong Kong airport, then licked an escalator handrail before we could stop him. Twenty minutes later, he threw up. Profusely. Enthusiastically. Dramatically. Stunned into ineffectiveness, I just stood there while my husband took control of the situation, whisking my son away into a lounge bathroom shower and sending me out in search of any clean clothes we could buy, since we were obviously burning everything our son had worn. I came back with the only head-to-toe outfit I could find - Star Wars Pajamas from the airport's Hong Kong Disneyland store. Since then, we travel with a spare set of clothes for everyone in the carry-on, and a healthy supply of over-the-counter medicines for any possible ailment in our checked bags. 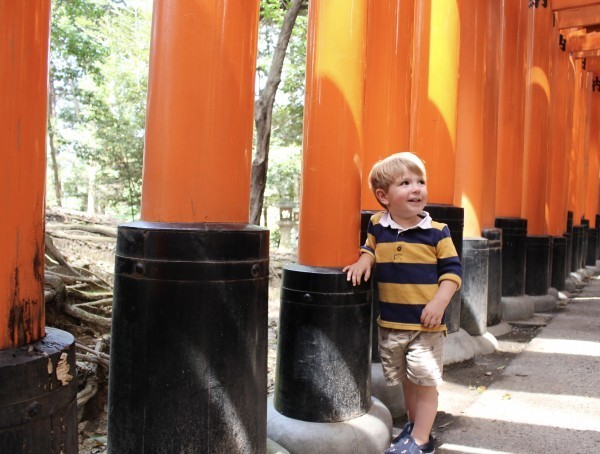 Take The Kids, And Take The Photos.

My son still talks about the elephant that stomped on him by accident in Thailand. He still remembers to take off his shoes upon entering a house after our time in Japan, and he talks about how he got to hold a koala in Australia because the zookeeper said that was a job for 'kids only.' These stories, so vivid now, will fade as he gets older, but my 20,000 photos stored to the cloud won't, and I'll make him relive his adventurous youth as often as possible. More precious to me are my own memories of him, so young and curious, learning about the world by truly living in it.

Kate is a novelist, essayist, and recent Tokyo transplant, currently living in Washington, D.C. She loves traveling, reading, and creating epic memories with her family and friends.

Lessons from my flight attendant mom: Travel well and find your way home
Another Way To Raise Strong -- and Kind -- Children
For the Love of "Ruff"
advertisement

Lessons from my flight attendant mom: Travel well and find your way home
Another Way To Raise Strong -- and Kind -- Children
For the Love of "Ruff"