What I learned after returning to the country life

These days, we rise in the morning, curtains backlit by a penetrating sun. Depending on which window you’re in front of, there is the faint shadow of a tree branch, moving slightly with the wind.

Certain repetitive movement momentarily hypnotizes me. Sometimes waves making their way to shore; more frequently, my 6-year-old daughter twirling and leaping across the floor. But watching a curtain engulf and release a spring breeze reminds me how lucky I am to live in a place where exhaust fumes don’t sneak in through the screen and the curtains don’t dance in rhythm to car horns.

I grew up here, in rural Maine and for the time being, the view out my window overlooks the same plot of land I traipsed about as a kid. When I was a kid, though, I didn’t appreciate the silence of a no-stoplight-town. I yearned for city lights. For island-living. For anywhere but here. 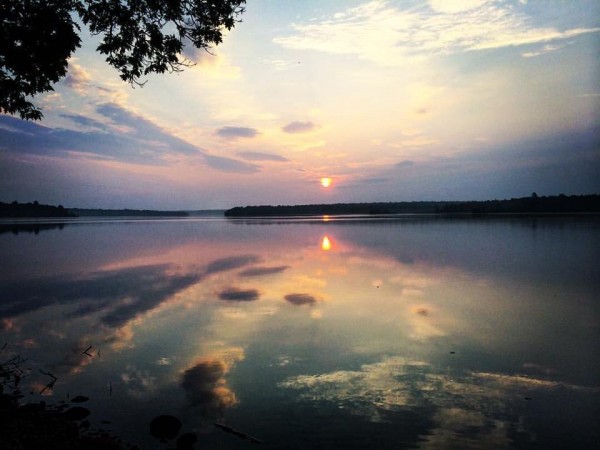 So after a couple years of college in Maine, I did leave for the beach life. I lived and worked on the island of Saipan, which is 5 miles wide by 12 miles long with a population of roughly 50,000 people and a square mileage of 44. Essentially, you’re taking the landmass of my hometown, but adding 48,000 people to it. By no means would I call Saipan busy or crowded, but the moments of stillness had to be stolen.

When moments of solitude are few and far between, I tend to have this disconnect with myself and fall into a groove of superficial moments. But in my twenties, I was “too busy” to know it. I relied on a crowd of people to have fun. I had a habit of letting only a few friends really know me and in return not quite knowing them. Surface relationships. I’d always been good at surface relationships. Connecting with people just enough to live out an adventure with, to pass time so I could continue to ignore my dreams. I was always a dreamer, but to carry out such dreams scared me. What if I fail, I’d think.

That’s the problem with too much noise and constantly being on the go; ironically it can make you become static as a person. I have always valued my independence but there was a period of time I didn’t like being alone.

After Saipan, I lived in Hawaii and got engaged to someone I had fun with, but again, did not connect to on a deeper level. We moved to Tahoe on military orders. Married soon after. Got pregnant. Became parents and quickly divorced.

So my daughter (an infant at the time) and I moved back to Maine. Back to the small town life I so desperately wanted to leave as a teen.

With my focus on motherhood, I had nothing but time. At first, the silence put me on edge. I found myself using my daughter’s naptime and other quiet moments, not to clean or sleep or do laundry but to think. I thought about the hard stuff at first. Becoming a single parent so quickly, the failed marriage, the friends I’d lost touch with, or more accurately, never really got to know. This wasn’t where I expected to be in my late twenties.

Next, I thought about all the things I wanted for my daughter, which mostly boiled down to characteristics I wanted her to embrace: confidence, kindness, compassion, joy, enthusiasm. I wanted her to believe she was capable of anything. 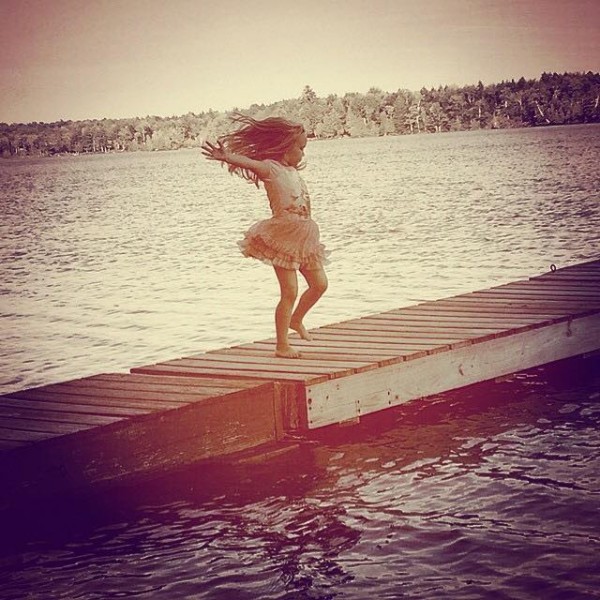 Then I had a turning point in my thought process: she will not live that way if I don’t.

For the first time, I was learning from stillness. In this distraction free country setting where I grew up, I was finally learning who I was and slowly dissolving the lingering fear of not being enough.

I spent afternoons on my parent’s back porch, watching my daughter delight in the simplicity of our time together; watching the brightly colored tulips play peek-a-boo when the breeze blew them just right. I’d always had a thing for the breeze; letting it take me where it wanted to, not knowing until becoming a parent that it’s not so much where the breeze has taken me but that I actually take the time to hear it. In turn, I can hear myself instead of the fear. 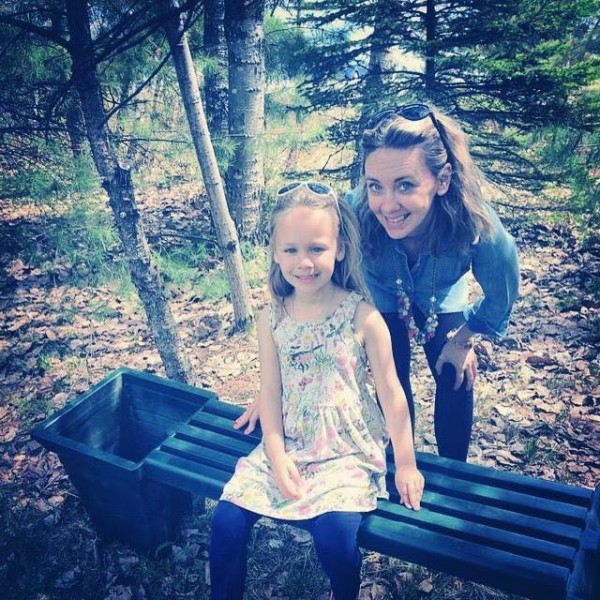 Erinne is a Mom and Maine-based freelance writer/editor with work published at outlets like: The Washington Post, Parents, Magazine, Men's Journal, The Chicago Tribune, Redbook, Good Housekeeping, Yahoo News and more. Need an extra pair of eyes for your work? Contact her for editorial rates! www.erinnemagee.com

A Space of Their Own: Helping My Children Find Their Version of Home
7 ways a child can be your best teacher
How I'm learning to say 'I don't know' and accept my imperfections as a mother
advertisement

A Space of Their Own: Helping My Children Find Their Version of Home
7 ways a child can be your best teacher
How I'm learning to say 'I don't know' and accept my imperfections as a mother