What I Didn't Know About The Last Day Of School

Published by Pamela Frost on October 6, 2018 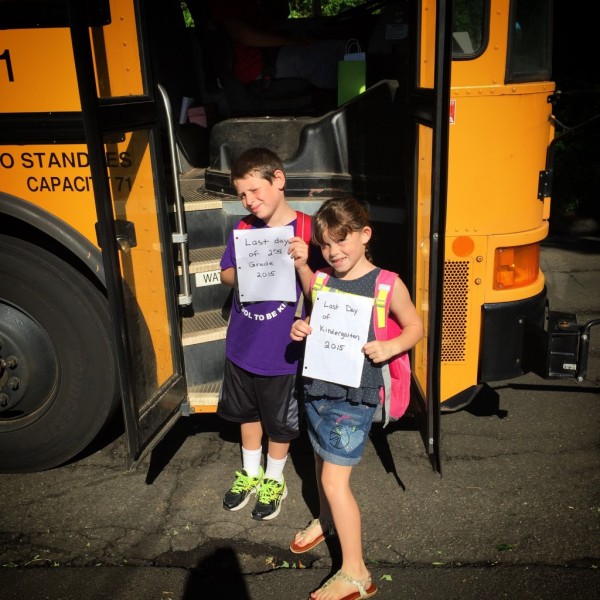 Fast forward a few hours and my husband and I went to our son's class first to take part in their last day of school party. As always, my son's face lit up when he saw us. I could practically see his heart skip a beat in his chest. The kids participated in different stations throughout the class and I had to restrain myself from kissing him all over. I am so proud of his accomplishments.

He showed us that he received an awards for Best Bus Behavior. Then we watched a slide show his teacher made of all the activities they took part in throughout the year. Cue in the sappy music and adorable pictures and the lump in my throat was getting larger. The kids had frozen yogurt sundaes during the slide show, which was a big hit. 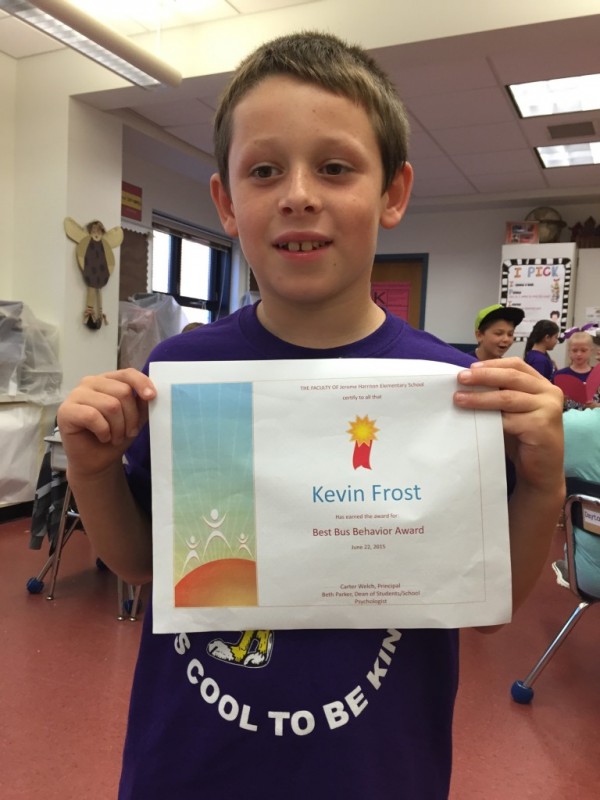 While Kevin watched the show, my husband and I went up to have lunch with our daughter. She was full of smiles and her friends were also happy. There was definitely the feeling of the last day of school in the air. All the teachers were smiling; but I was choking back tears. I'm sure if I were a teacher I'd be smiling too!

I just feel sad that I will be working all summer and I want to spend time with them. We wait all winter for this time of year and the weather so I am going to maximize my time with them the best that I can during the daylight and evening hours! 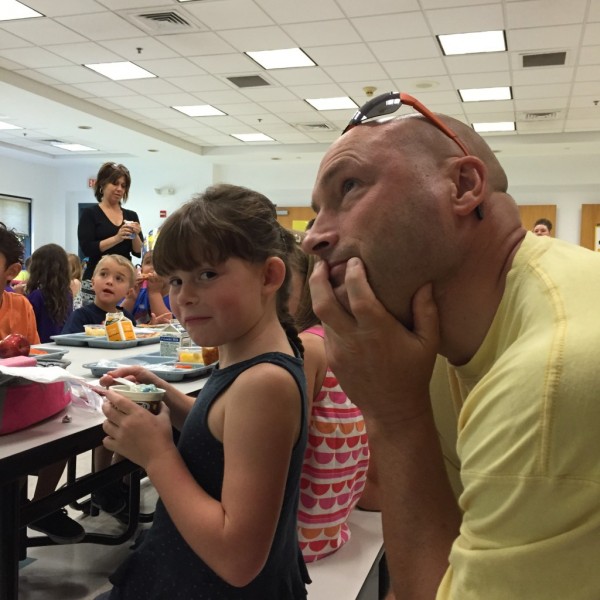 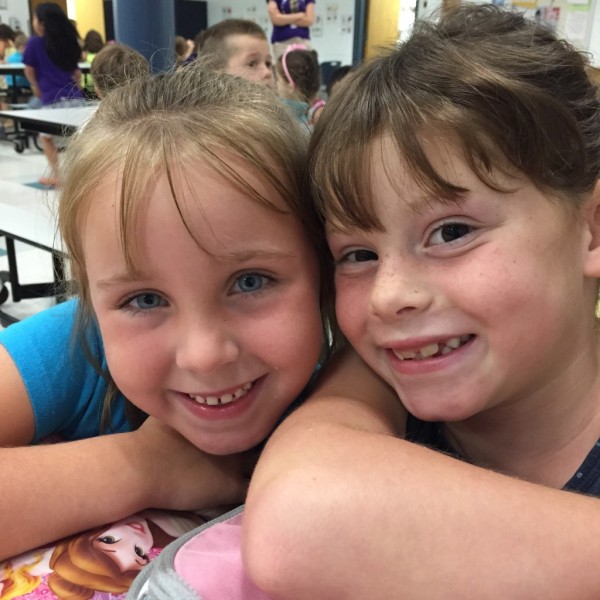 We had lunch with Adrienne and then went back downstairs to finish up the party with Kevin. He sat on my lap while we watched the end of the slides and my lap was almost not big enough for him! I was smothering him with love and didn't care that he was already 8 years old and I was loving all over him in front of his classmates. Soon enough I won't be able to do that anymore in school. Or he won't want me to embarrass him in front of his friends. But I needed to hold on to him and keep him small in my arms.

Mrs. Bannon presented the class with some gifts and a copy of the DVD that we all watched. She got me good when she presented us with the photo collage with the kids' pictures on it holding up the word that they chose to describe the year. It was when she said Lyla's word was "bad" which really does sum it up well for her. Battling her third round of chemo during the beginning of the school year was bad. It was hard, the kids missed her and she fought hard and successfully beat it again! What I noticed the most about this class was how much they loved and missed Lyla. When they all saw her picture in the slide show everyone said her name out loud! Then when they saw a picture of her towards the end they all commented that her hair was growing back. 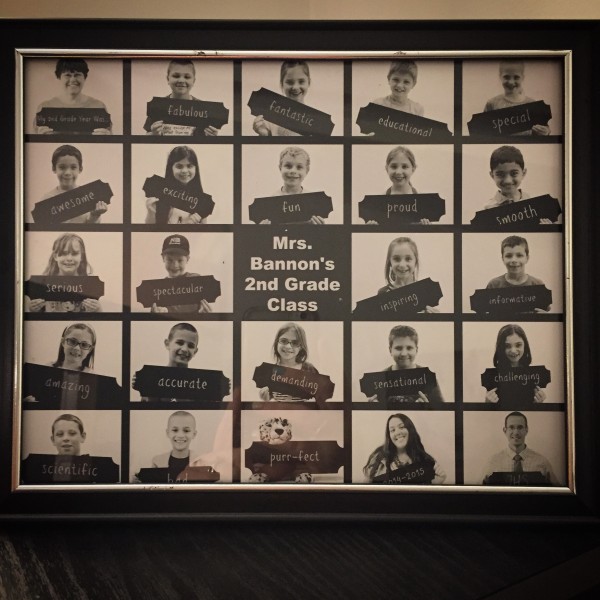 My son told me that his class received an award during their assembly this morning. It was the Community Award. I couldn't think of a more appropriate award for such a caring class. The children were a community. They reached out to our community to help one of their own classmates who was battling a fight of her life. They all rallied from the beginning of the year when they learned that Lyla had cancer and had to miss a lot of school to get treatment. There was a Love For Lyla football game, fundraisers, raffles, spirit day, St. Baldrick's cut-a-thon, hat day, they had a mascot, Spot which was Lyla's favorite stuffed animal. Spot sat in Lyla's seat when she wasn't in school. I am going to miss their class. It was a special group of children. I hope they always remember that bond they had as a community during a time one of their fellow classmates struggled. Thank you Mrs. Bannon for teaching and fostering the children to care. Your giving spirit is contagious. 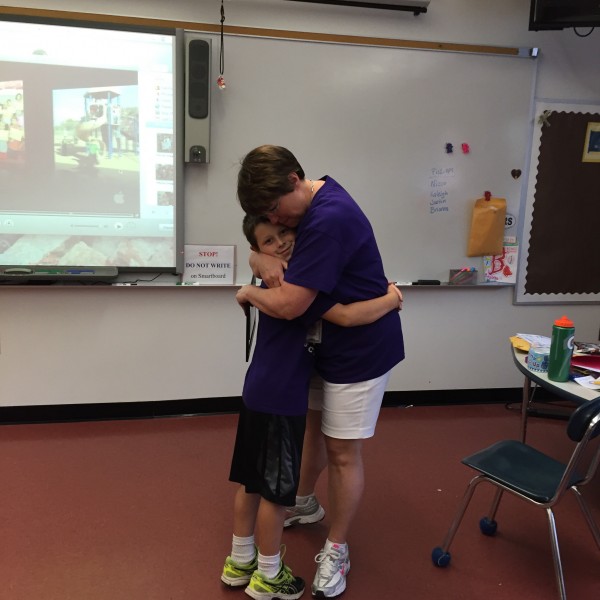 My daughter was emotional the day before the last day of school. She was a timid, quiet girl in the beginning of the year. But by the end of the year, I noticed her hold her head up high and stand up tall when she was around her friends and in school. She had difficulty in preschool with leaving me. There were tears many times. But this year she became so independent and confident. We always worried about her not wanting to get on the bus without her brother; but after one time when he has chorus and she wanted to go by herself, that was it. She didn't mind going alone. In fact, she looked forward to it. She told me this morning that she didn't want school to end. She was going to miss her teacher. That is music to my ears.

She has really blossomed. I am so proud of the little girl she is becoming. But, no one told me how much it would hurt seeing her grow up. When we were with her in the cafeteria at lunch today I couldn't stop staring at her. Her sparkling eyes that smile when she smiles. Her little ears exposed because she had her hair in a french braid. Her muscular little arms in her tank top. I love her so much I wanted to scoop her up and run downstairs and get Kevin and run out of there with them. But I let them stay in school until the end to enjoy the last few hours of their school day with their friends and teachers. 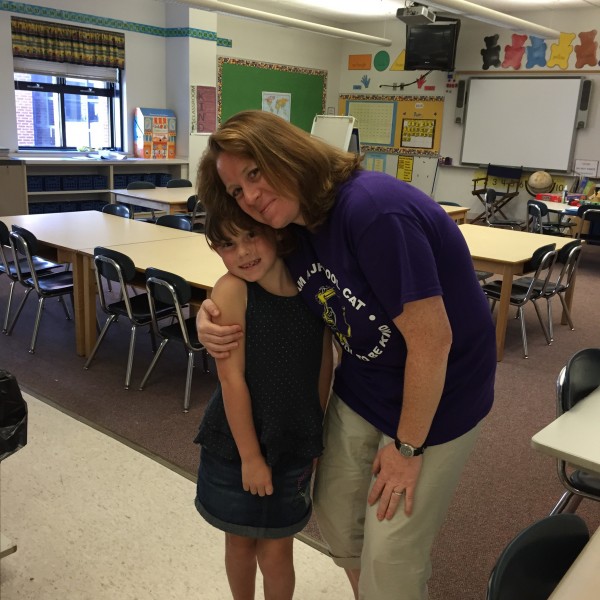 I felt like today I saw them grow up before my eyes. My son will be going into a new school, for the older kids, and my baby girl is going into first grade. I keep telling them to stay little, but they keep reminding me that they can't. I wish I could freeze time at their ages. I know people say the years fly by; but I didn't think it would feel this fast. I try to savor every minute and make as many memories, take as many pictures and have as many laughs as we can.

Sure, this is the beginning of summer vacation, I give it about a day before the kids start complaining about being bored, or fighting with each other and I'll be wishing they are going back to school and a normal routine again; but I don't want to rush our summer away. Kids will be kids. Tonight when we got ready for bed my son came up to me and gave me a huge hug and told me I was the greatest mom in the whole world. I needed to hear that. I LOVE SUMMER and can't wait to spend it with my family! Summer of Fun 2015 officially begins today! 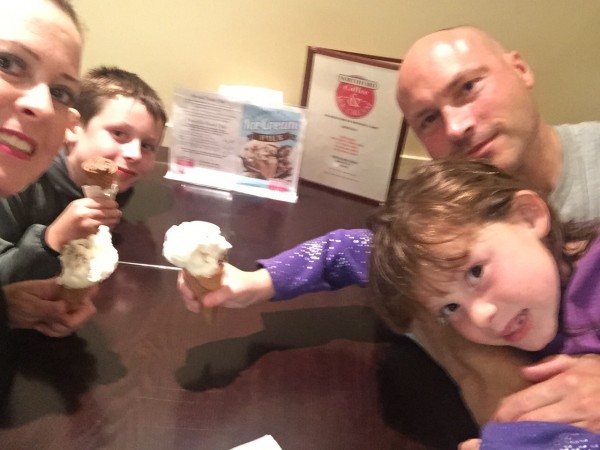 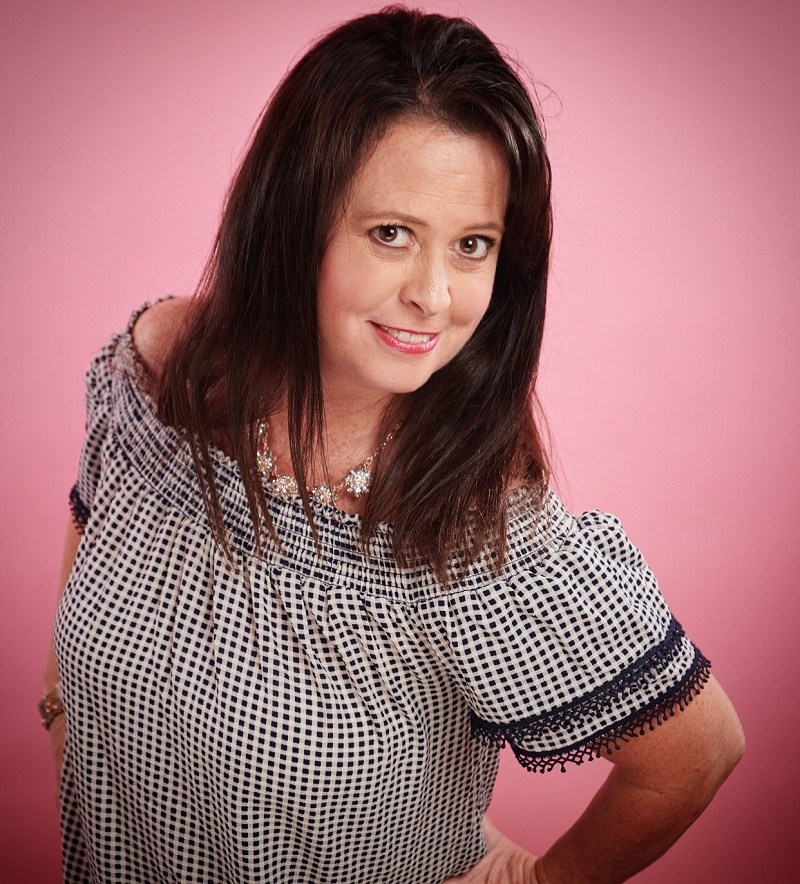 I’m a fun-loving mom, Disney bride, marathoner, and chicken farmer who loves to inspire you on how to begin your running journey, share tips on runDisney races, healthy living, and sharing my love of all things geeky.