What Ghosting is Doing to Our Mental Health & Our Children

The phenomenon of ghosting is not necessarily a new concept, but the term is becoming a new word in our mainstream culture’s vocabulary. If you aren’t yet familiar with ghosting, consider yourself one of the lucky ones. Let’s hope that you and or your children will never be ghosted. Ghosting is the cruelest form of rejection. Have you ever had a friend disappear from your life without warning? Maybe you had an intimate relationship with someone that suddenly broke off all contact with you without explanation? When someone ghosts you, they cease all forms of communication with you and won’t respond to your texts, emails, or phone calls. It is a way of blatantly showing that they are indifferent about ever having a relationship with you. Ghosting is considered to be a form of passive aggressive abandonment but it can also be argued that it is a pre-meditated avoidant action to escape. Nonetheless, there is a lack of respect, responsibility, accountability, and commitment to others.

After years of working with young adults picking up the pieces after the dissolution of a relationship, the biggest questions I’ve heard are “what did I do wrong” and “why did they do this?” When you are ghosted, these questions are never answered. And sometimes, individuals are left guessing if their friend or loved one is still alive because it is so sudden and so permanent. Ghosting results in many open wounds. There is a sense of unknown ambiguity that leaves someone guessing in a pool of uncertainty. And worse yet, a person is left feeling vulnerable and powerless.

Ghosting is not just happening in romantic relationships, but also between parents, between youth, and now even in the workplace. It’s hurtful and possibly even considered disrespectful if a parent doesn’t RSVP to a child’s birthday party or worse yet say they are going to come and then no show. You believe another parent is your friend and then suddenly they aren’t responsive to your attempts to communicate with them. Worse yet, children become friends with someone at school and then one day they come home and tell you that child won’t play with them anymore and pretend they don’t exist.

As humans who see the best in others, we would like to pretend that this other person is just being flakey. That would be best case scenario. Ghosting is almost being looked at as an acceptable way in our society to terminate friendships, jobs, and other commitments without consequence. You can even argue that it's considered trendy to ghost someone. It would more appropriate if a person was able to say, “no thank you” or “it’s not you, it’s me.” But leading someone on to then not follow through and then completely disengage is not acceptable. This type of behavior is neglectful to the person being ghosted and there is no accountability for the person doing the ghosting.

So what short and long term effects does ghosting have on our youth?

Lack of communication: If lines of communication are blurred, feared, or rejected, youth will learn that it is acceptable to just give up on areas and or people in their life without proper communication. We are constantly communicating verbally and non-verbally and ghosting is the ultimate silent treatment. Instead of learning appropriate communication skills, learning how to talk effectively will soon cease to exist and the new mode of communication will be silence, denial, avoidance, and escape, which will lead to a breakdown in relationships and society.

Lack of intimacy: Youth will be hesitant about entering into new relationships or getting too close emotionally or physically because of an innate fear of being ghosted. The days of giving people the benefit of the doubt is over. People will go into a relationship guarded in fear of being hurt, rejected, and abandoned – if they even enter into new relationships at all. People will stay on the surface and not get too close to protect themselves. Vulnerability will be a thing of the past. People will constantly be guarded and closed off.

Lack of trust: Relationships, whether personal or professional, will have an anxious attachment and therefore develop a lack of trust among individuals. Without trust, we lack security. Without security, we lack intimacy. Building strong, long lasting relationships will be non-existent. When you start a relationship with a lack of trust, there is no security, and therefore nothing to build on. It’s hard to build up trust if it was never there in the first place.

Lack of self-worth: There will be damaged self-esteem plaguing our youth. Rejection and abandonment already brings about self-doubt to anyone that is on the receiving end. If an individual already has a low self-image about themselves, ghosting could increase levels of depression, anxiety, eating disorders, self-harm, and substance abuse.

Lack of social-emotional skills: Technology and utilizing computers and smart phones have enabled society to hide from others. Face to face communication is already lacking, therefore there is an abundant deficiency of commitment with others. People meet and break up on social sites, texts, and email instead of in person or even over the phone. Although the idea of technology based social sites are supposed to increase communication with others, it is actually having an opposite effect and is enabling individuals to not communicate as effectively with each other. Our youth will lack the necessary skills to communicate appropriately with others as the years go on.

Ghosting can be considered a selfish act when a person cannot effectively handle their own emotional reactivity and anxiety. Instead of thinking about how the other person may be affected by such a harsh form of rejection and abandonment, they think what is best for them in that moment. They act impulsively to cut off socially and emotionally from the other person. We are better off without a person that lacks the emotional maturity to communicate effectively and maintain a healthy relationship. But more times than not, even if we know better, it doesn’t take away from the pain our heart feels. The more it happens, the more it becomes socially acceptable. Just as society has become desensitized to media violence and harsh language, we too, will become desensitized to ghosting and treating others disrespectfully.

As a parent, this is a huge concern for me. I want to protect my children from social and emotional pain. Even though I know they will cease friendships and have their heartbroken by a love in their life one day, ghosting is happening to younger and younger children. Children learn behaviors from their parents and their older siblings. They catch on quickly to how others behave. I work clinically and therapeutically with preschoolers and elementary aged students. Some are already demonstrating ghosting behaviors to each other more than ever before. Many years ago, you’d hear someone say “I don’t want to play with you” or “I don’t want to be your friend,” which was hurtful, but it gave an opportunity to pick up your heart and your pride and move on. Nowadays, when a child has someone they thought was their friend abandon them and pretend they don’t even exist, that hurts to the core. This is much harder to recover from emotionally and mentally.

As a therapist, I know the short and long-term effects ghosting has on our youth and society as a whole. Although side swiping, ghosting, and other new behaviors are more socially acceptable than ever before, as parents, we need to take a stand, be a positive role model, and teach our children:

Our children need to be taught a sense of responsibility and accountability to their elders, their peers, their teachers, and their parents. And as they grow up, they need to learn how to apply these same principles to college, the workforce, significant others, and as parents themselves.

Whatever you do, as a parent, please teach your children kindness, and keep the lines of communication open with them. Most of all, show them they are loved! 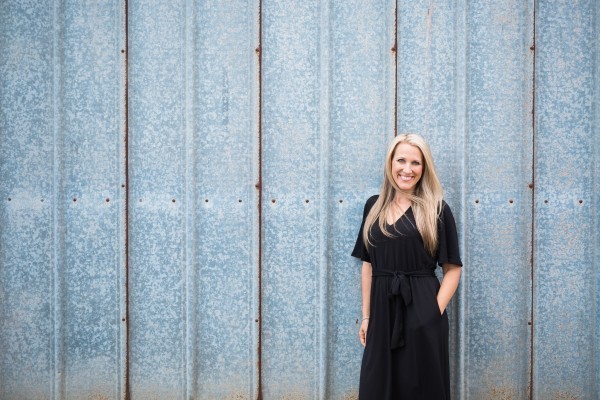 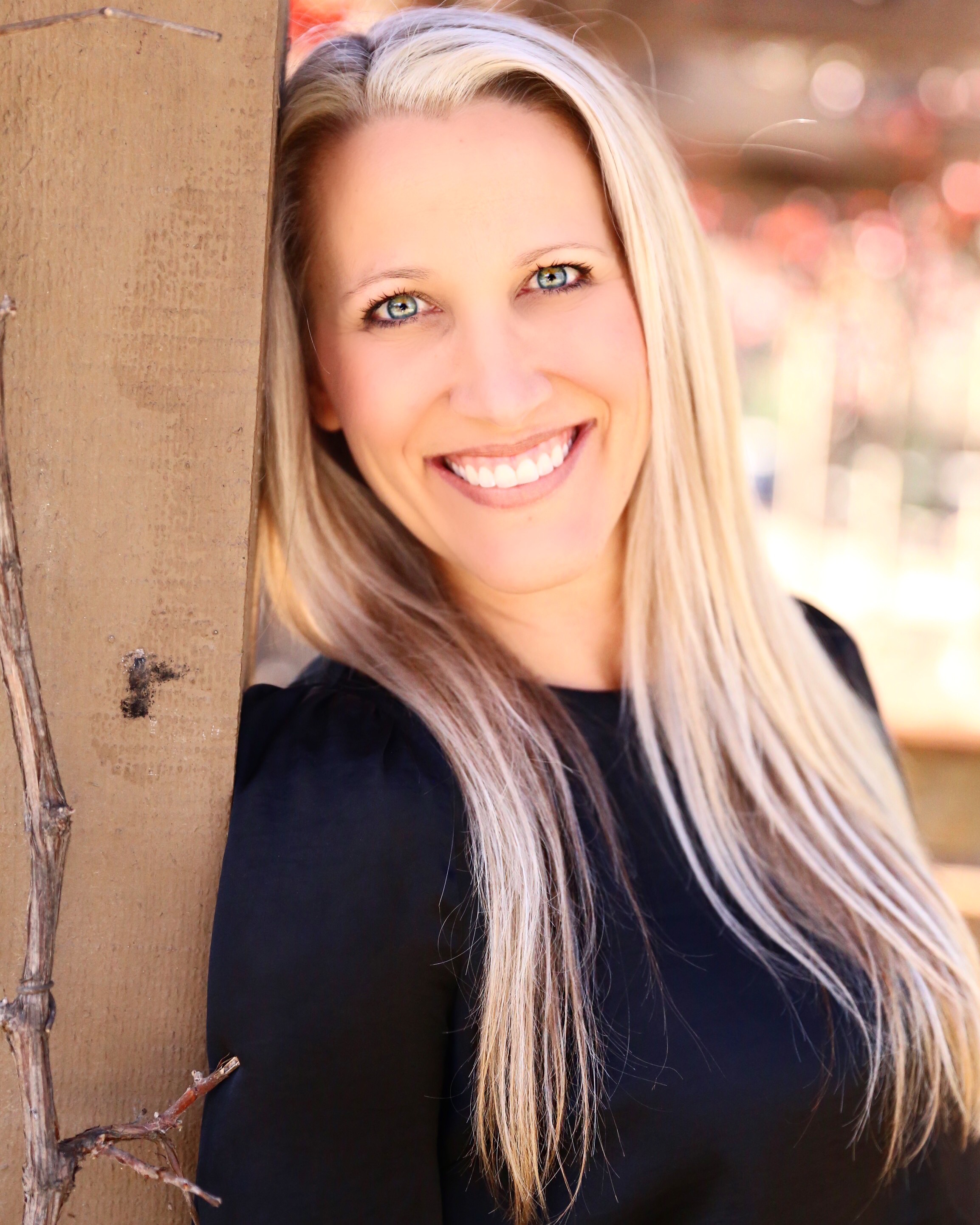 Dr. Kim is a mom of two young children and also a Licensed Marriage and Family Therapist, a Registered Play Therapist, a University Professor, Blogger, and Public Speaker. She is also the owner/founder of The Parentologist w/ Dr. Kim, a resource for parents and parents-to-be with a therapeutic twist!