Welcome Home From College. When Are You Going Back? 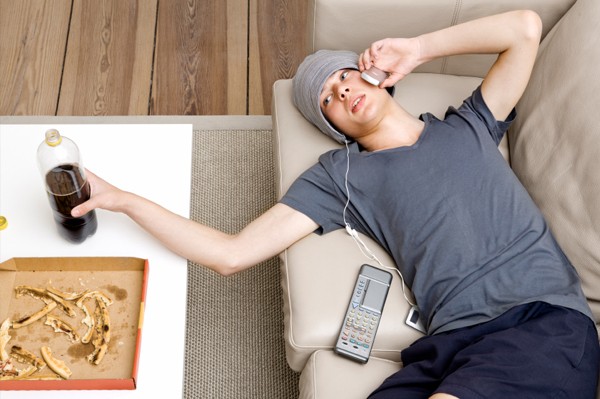 Two weeks before Christmas, the car pulled into the driveway and out popped my college sophomore daughter from the passenger seat. After hugs all around, she scooped up her dirty laundry hamper, deposited it in the foyer and asked the question that had been on her mind since leaving the university four hours earlier.

I wish it were, “Dad, how are you doing?” Instead it was, “Can I have the car tonight?”

Oh, but her mother and I DID wait up. Because that’s what parents do when their college-aged offspring return home on breaks, in the process transferring their social schedules from dormitories, Greek houses and apartments back to the homes they inhabited for 18 year prior.

We watch with a mixture of sentiment, awe and downright anger as they transform family kitchens into cafeterias complete with crumb-infested tables and randomly discarded coffee cups. Meanwhile, the washing machine roars to life at midnight and requests are made to purchase an Amazon Prime video subscription because, “how else am I supposed to watch Transparent?

“And what is Transparent?

“Dad, it’s like THE most popular show on TV. It’s on the Amazon network.”

“Amazon has a network?”

On behalf of parents everywhere, I’m pleading with colleges to shorten these Christmas breaks, which are now termed “winter breaks” because they last, in our eyes, an entire season. Quick flash back to December 1980, my first college break. It concluded in two weeks, just enough time for me to breeze through the local strip mall to purchase Christmas gifts for all family members, receive my fall report card and vow to do better the following term.

My daughter’s break lasts so long that she has obtained employment status at the local strip mall, realizing gift cards and loose change only get one so far as a source of income.

Winter breaks, incidentally, often come on the heels of another interruption in college studies, one I was introduced to during a spontaneous visit with our younger daughter to Notre Dame. For 20 minutes, on a brilliantly warm and sunny October Sunday, we strolled the hallowed campus, encountering not one other human, not even a priest. Finally, a lone student crossed our path.

“It’s fall break,” he said, as if this were the dumbest question he’d heard since, “What’s wrong with your football team?”

After the third consecutive evening of having the 10 p.m. news interrupted by the squeak of the treadmill one floor below — my daughter chooses that time to exercise, incidentally — I could take it no more.

“That’s a definite? There’s no ‘just in case you’re not thoroughly rested break’ right after that?”

“Here’s a better idea,” I replied. “In fact, here are several of them that you might want to contemplate over a midnight lunch. The University of Schwem shuts down at 11 p.m., seven days a week. Got it?”

“What does that mean?”

It means around here, dinner’s at 6, no music without headphones after 10 and lights out at midnight.”

“Lights out? Sounds like I’m in the Army,” she said.

“Geez, Dad, it’s only a month. Then you and mom can have the house back. It will be nice and quiet.”

Too quiet. And I'll be counting down the days until spring break.

My College-Age Daughter Thinks College is a Good Thing
Airbnb Guests! My Daughter's Bedroom is Comfy and (sort of) Clean
Deploying the 'Nuclear Option' on My Children
advertisement

My College-Age Daughter Thinks College is a Good Thing
Airbnb Guests! My Daughter's Bedroom is Comfy and (sort of) Clean
Deploying the 'Nuclear Option' on My Children