We Need To Do Better: What's Currently Happening For Prep Of The Paralympics

Whitman loves to swim and is very good at the butterfly and the backstroke. His swim instructor has joked with us for years that his tall slender build, love of water, and perfection could someday put him in competition swimming. Pre-covid we tried to get Whit to the pool any chance we got. We often joked that Michael Phelps has nothing on Whit. Jeremy and I also agreed that swimming is perfect for Whit because unless he’s in a relay it doesn’t require a lot of communication. It's a one man sport. I have hopes that Whitman will take his love for water and use it. I know there is a very slim chance that he’d make it into the Paralympics but one thing I have learned with Whitman is that we never say never.

I have been following the situation with Becca Meyer’s, the Paralympic swimmer. She recently decided to quit the US team because they won’t allow her to have a PCA (Personal Care Assistant) to help her navigate Tokyo. The committee told her that she could use the PCA that they had hired, who is also the PCA for 33 others from the team. That’s not even remotely fair. Becca went that route in Rio and couldn’t find help when she needed it so she didn’t eat. Her parents found her on the floor crying and took over trying to at least get Becca to eat.

After that they met with the committee who granted her mom permission to be her PCA. Since then Becca’s winnings have nearly doubled. But now in Tokyo a woman who is deaf and blind because of Usher’s Syndrome will have to fight for a PCA to help her. I can’t imagine the mental toll she is feeling to know that the Olympic committee doesn’t care enough about their disabled athletes enough to ensure that they have enough help and resources in a foreign country.

1 to 33 is a horrible ratio. That’s an unacceptable ratio in a classroom, it’s against the law in a nursing home, but it’s fine for our athletes. I’m tired of reading stories like this. We need to do better. We need to let those with disabilities know that they matter. That they are not second rate citizens. Every single athlete that is going to compete for their country should have the opportunity to have someone who can offer basic care needs while competing. They deserve to have a familiar face of comfort while in a new country.

When the committee was questioned by Becca she was talked over. They didn’t even allow her to speak on her own behalf and advocate. They treated her life as if it was less then. They never once asked disabled athletes what they needed to be successful; they just assumed, made rules, and that’s that. I have an almost 8 year old son with disabilities. I’m tired of the daily fight with society to do better but to see it on an international stage is heartbreaking. We need to do better.

When asked, Becca said: “This is the Paralympics. We should be celebrating everyone’s disabilities. We’ve broken barriers in society, defying all odds. And yet this is how we’re treated? Like a burden on the team?” They should be celebrated and they should feel less like a burden and more like the decorated athlete they are. If American Paralympic athletes can’t get their needs met we are doomed as a disability community.

Becca’s parents did some investigating and found out that the US Olympic Committee was blaming Japan’s rules but Japan was going to allow more. In a statement the US Committee said that they were following Japan’s laws of only having essential operational staff. I feel like individual PCA’s as needed are essential to run a smooth Olympics. There should be care assistants familiar with the athlete who knows what they need if they are nervous or upset. Someone that the athlete trusts.

If I was the PCA in charge of 33 people I would feel overwhelmed because I’d be trying to make 33 people with feelings, hopes, dreams, and added accommodations feel comfortable, loved, and trying to get them to where they need to go. I’m sure that being in charge of 33 athletes that have to be in different places all the time would be hard to keep track of and I’m sure athletes will fall through the cracks.
Becca’s mom is a true warrior and advocate when she was quoted saying: “I’d love to wrap something around their eyes and stick something in their ears, and drop them in the middle of the Village and say: ‘Okay, now get yourself to the pool. Good luck.’ ”

Somewhere along the way we lost the athlete’s first mindset when it comes to watching sports especially in the Olympic Games. When a committee can proudly say that a 33:1 ratio for help is acceptable, it's a human dignity problem. These athletes work so hard and they don’t let their disability stop them. They deserve any support that they may need. Becca’s coach is quoted saying: “Your heart just breaks for her. It seems to me if our focus is athletes first, which it should be but which it isn’t always — if athletes first is what we’re doing, then we as a USOPC, we need to do better. We must do better.”

We need to do better as a society. Becca’s story is just the tip of the iceberg of what’s happening to the disabled community. Parents are going broke and fighting just to get their kids basic services, there aren’t enough staff and centers to help kids so there are years long waitlists to get in, and society makes it hard to even function because the disability community is on the back burner always when it comes to social injustices. 33:1 ratio for Olympic athletes is a hard pill to swallow. We need to do better. Becca and the US Paralympic team deserve to have the support they need to be successful. So they can feel proud of what they’ve been able to accomplish. I’m heartbroken that it’s come to this.

Becca closed out her interview by saying: “It’s been really hard, but I know I have to step up and say enough is enough. I need to protect the younger kids.”
I have to do something to force change.” I have no doubts that her speaking up is going to hopefully spark change for the future. We need to do better. We need to treat everyone with dignity. At the end of the day it’s a humanity and dignity issue. We need to do better 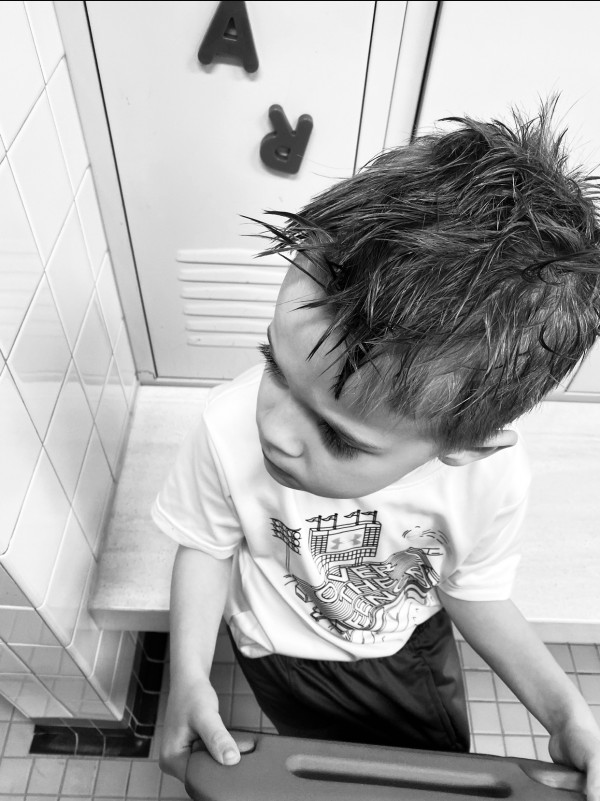 Throw an Olympics and Brazil Theme Birthday Party This Summer!
Use the Olympics to Inspire Your Child!
NICU Awareness And Gratitude Towards The March Of Dimes
advertisement

Throw an Olympics and Brazil Theme Birthday Party This Summer!
Use the Olympics to Inspire Your Child!
NICU Awareness And Gratitude Towards The March Of Dimes