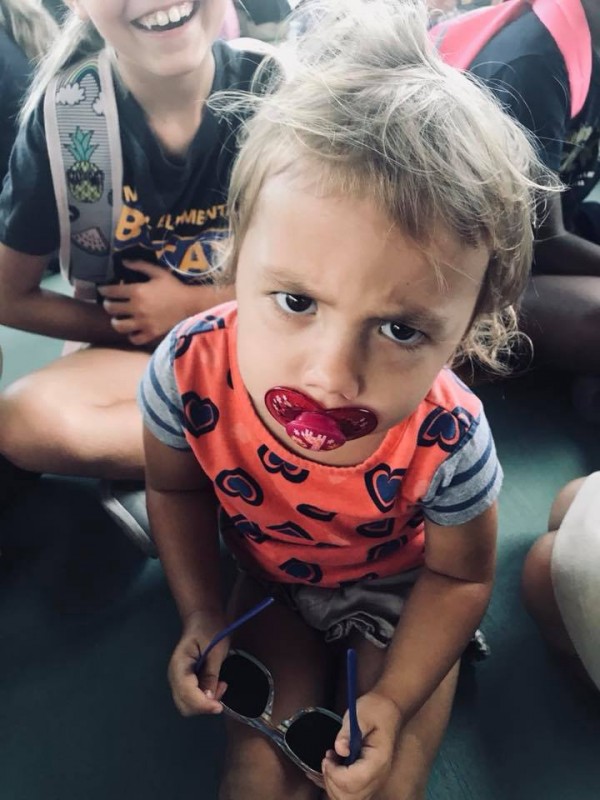 That is her mood often because, well, she is two.

Guess what, though? I'm thirty-two, and I still have crotchety tendencies.

I probably have them more often than her.

Can you believe it?

I bet that you can.

Well, because it almost seems more "normal," and more acceptable these days for an expressed-exhausted, but managing, well-meaning but screwing-up often mother of three to be "grumpy" than a two-year-old for whom the behavioral attribute should be a bit more copacetic.

When I'm not right smack in the middle of dealing with them, I find disgruntled toddlers to be pretty darn cute. Not when they are outright disobeying a parent's instruction or being rude, but when they are acting age-appropriately and using every bit of their small being from their muffled, adorably spoken words to their stomping feet to their overly-sassy body language -- C.U.T.E.

My lousy behavior is not cute.

That’s my mood today, too.

That is my mood often because, well, I have three kids, two dogs, and a husband.

I'm done apologizing for my grumpy, and I'm done chastizing her, my other two kids and even my husband for his.

In the end, I'd rather be grumpy than Trumpy.

Just kidding people - relax - I'm not taking a political stance, but I am using HUMOR, which if you weren't aware is the most effective way to exit a grump slump.

Smile The Stress Away
The Power of a Smile :)
raising respectful kids
advertisement

Smile The Stress Away
The Power of a Smile :)
raising respectful kids