Call me crazy but I’ve been telling friends for as long as I’ve been a mother of four (4 years, now)…that having four children is actually easier than having one, two, or three. Friends laugh. (They think I’m joking.) Strangers scoff. (They think I’m lying.) But, I firmly believe it’s true.

A few years ago, the Today show actually uncovered a survey that backs up what I already knew, I was thrilled. The main premise of their story (from 2013) was that mothers with three children report the highest levels of stress. But, woven throughout, was a talk with a mom-of-four, who, like me, explained how she felt four was a magic number in terms of making her life a little bit more relaxed.

Why? How could a mother of four claim her life is calm? Well, according to the interviewed mom, once you have four or more you have no choice but to let go of some things. And, I couldn’t agree more. Confessing this may take me out of the running for all mother-of-the-year competitions, but once you have four children you no longer have the capacity to do everything “right.” You just get it done, however you can.

I think this takes the pressure off. My seven-year-old daughter’s hair is rarely fixed to perfection. If she matches and has her shoes on the correct feet (still a major struggle), we are doing well. My four-year-old dresses himself and may or may not go to church wearing his pants and underwear backwards…every week.

My second grader doesn’t play a sport or take music lessons, in part, because getting him to and from school each day is about all I can handle right now. (In Texas, I know, this is appalling.) And, the little one, insists on being outside, always. Sometimes that means he plays in our fenced-in backyard (while I make dinner) with only his five-year-old sidekick to supervise. (Insert your gasp here.)

Lest you misunderstand where I’m coming from, you should know I’m not a laid back, go-with-the-flow girl. In fact, I’m about as type A as they come. I’m a perfectionist…an over-achiever. I’m a safety freak. I’m a little OCD, especially when it comes to germs. And, I never leave the house without make-up on. I like order. I like control…

Then I had four children. And, I realized what was probably true all along: I’m not really in control anyway.

With four children I can no longer be there to catch every spill or break every single fall. I can’t get in the middle of every sibling squabble and I can no longer keep track of everyone’s favorite toy. I can’t keep each child together, perfectly, like I would try (in vain) to do when there were only one…or two of them.

So how is four less stressful? I think I finally have enough children to give myself an exemption from the expectation that I should be able to “do it all.” (I should add that I believe every mom–no matter how many children she has–should free herself from this expectation. But if this is an area of struggle for you, maybe a few more children will tip the scales for you, too.)

A few years ago I wrote about my struggle to transition to life as a new mom. The secret, I believe, was to give up. Now that I’ve fully embraced life as a mother of four I think that secret is more relevant than ever.

I’ve had to give up my super mom fantasies.

For example, I’ve come to grips with the fact that we are only going to look good (all at the same time) in Christmas card photos. And, I spend more time worrying about the number of bread loaves we consume weekly than I do stressing about the nutritional value of the peanut butter and jelly sandwiches I serve daily.

That’s not to say that I don’t struggle with the same mommy guilt as everyone else. Yes, I wish I had the capacity to make the vegetables on my kids’ dinner plates look like a friendly lion. I still fantasize that I’ll teach them a second language before elementary school just for their own enrichment. (My oldest missed out but I still have 3 chances… If I start today….) I should probably stop pinning elaborate kiddo art projects because just busting out the Play Doh is too much for me to muster most days.

It’s true. My children don’t have their own iPads and will never have their own bathrooms. They have to make sacrifices because of their abundance of siblings. And, I’m afraid those sacrifices have only just begun. There is going to be room-sharing, clothes-handing-down, computer-turn-taking, snack rationing, and many other less-than-indulgent experiences that my children will endure in the years to come. Many that their peers with fewer siblings will never understand. 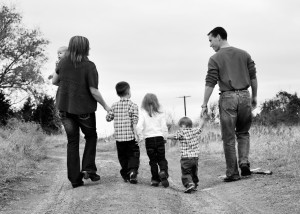 But, I hope they will grow not to mind… and see the trade-off. Like the bonus that they always have a friend to play with or someone to ride the roller coaster with on the family vacation. There will be more birthday parties, four times the Christmas presents, and more special occasions and achievements to celebrate.

Life with four children means that, as parents, my husband and I hear more great, “only-a-kid-could-come-up-with-this” stories, more silly jokes, and more laughter than we ever heard when there weren’t as many little faces around the table.

The child-bearing chapter in our lives is closed. So, for us four is where we’ve chosen to land. And, we’re happy there. Every family size has its advantages and disadvantages, but for us, four is fantastic and has allowed me the chance to finally, just relax and enjoy the parenting ride.

This post has been updated but was originally published on the Dallas Moms Blog (www.dallasmomsblog.org) in 2013. 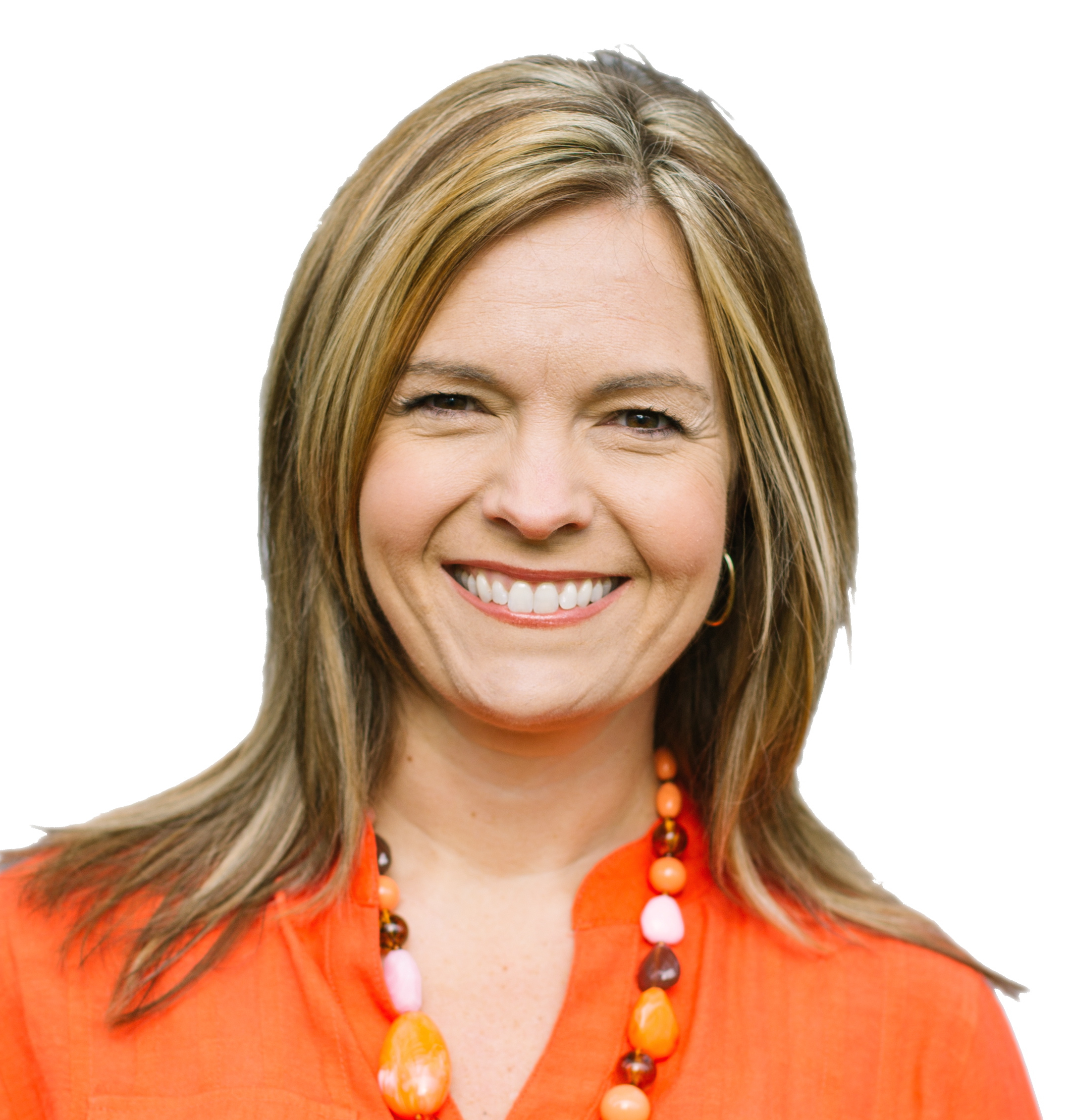 I'm a homeschooling mom of four kids eight and under! I'm a fitness instructor who writes and speaks on parenting, body image and the struggle women have with comparison.

I was the best mom I’ve ever been before I actually had kids
I Am Every Mom
Mamas, Let’s Build Another Bridge
advertisement

I was the best mom I’ve ever been before I actually had kids
I Am Every Mom
Mamas, Let’s Build Another Bridge