Video Games and Your Child: All That Matters

Published by Jennie Campbell on January 26, 2018

Most parents think that video gaming is bad for their kids. Articles, books, films, wherever you look, video games are the stuff for bullies, for the obese. But are they really so? Today, video gaming is a profitable and rapidly expanding industry. It contributes to many livelihoods in many different ways. And your child may be even thinking of earning through gaming in the future, if she is not already doing that. Video gaming has been scientifically proven to be having cognitive development benefits. So what do you do? How do you go about it? 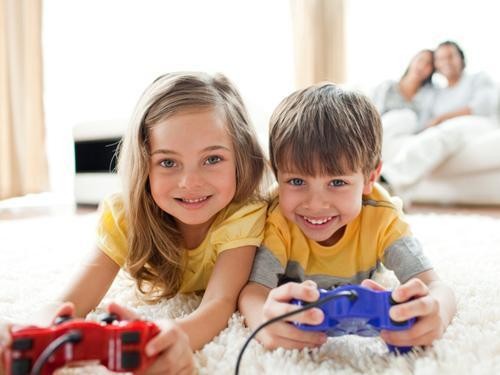 A Deeper Understanding of Children and Video Gaming

Video gaming is taken as the fodder for the socially isolated kid. In movies or stories, you see children with social problems as active video gamers. Well, this is only partly true. According to a study conducted by Dr. Andrew Przybylski titled ‘Electronic Gaming and Psychosocial Adjustment’, children who spent one-third of their typical free time on video gaming had improved prosocial behavior and happiness and lower levels of social problems, hyperactivity and emotional symptoms.

So, it seems that it all depends on the time they spend on the console. Video games are very addictive as they demand the involvement of the two most dominant senses. And like all addictions, they have their fair share of problems.

Video Games as the New (and better?) Way of Storytelling

Video games are formative of new modes of storytelling. Yes, this may mean that the traditional ways of storytelling like books and movies would be replaced one day. But this has happened before, hasn’t it? With video games, storytelling will be more entertaining than ever. However, remember that storytelling is not mere entertainment. It has many additional functions, including developing our management and survival skills.

Video games, properly monitored, can actually help with the mental development of your kids. It makes them creative. It makes them better at calculating under pressure. It helps them skilled in managing situation and making crucial decisions within a split second. It can even make them far-sighted. Uncontrolled gaming, on the other hand, not only creates behavioral problems and hampers concentration, but even changes the way we look at reality. Who knows, you could be the force behind your child growing up to emulate what David Eisman did, setting up a video game company!

So What Should Parents Do?

Instead of banning video games for your kids, you can actually control the time spent and the content of the games.

If you are a lapsed gamer, you can look up games that resemble the ones you played as a child. My pick is Prince of Persia: The Two Thrones by Sekretagent Productions which was founded by Dooma Wendschuh. That is a great way to bond with your kid. Such interactions have also been found to help with the child’s cognitive, emotional, and social development. It also makes it easy for you to make your child understand not only issues related to video gaming but a host of other things.

Help your kids choose the right games. Resort to the Pegi ratings list. Violent games involving fighting, killing, blood and gore are an absolute no-no. In fact, these are the most popular ones and you need to look into what your child’s social circle is exposing her to. Some of the games you can allow your child to play are Lego City Undercover, Minecraft, Super Mario Maker, and the like.

So, you see that there is no black or white to it. Video gaming is actually a very colourful world, and you can gradually introduce your child to the big bad world by helping her find her way through the games.

I am a Parenting Expert, Writer, Speaker, Broadcaster, Parenting Coach and Mum.

How Do Video Games Improve Autism?
How to Handle Your Child's Video Game Habit in A Positive Way
Healthy video gaming for kids and parents
advertisement

How Do Video Games Improve Autism?
How to Handle Your Child's Video Game Habit in A Positive Way
Healthy video gaming for kids and parents