Published by Stacy Feintuch on February 21, 2019 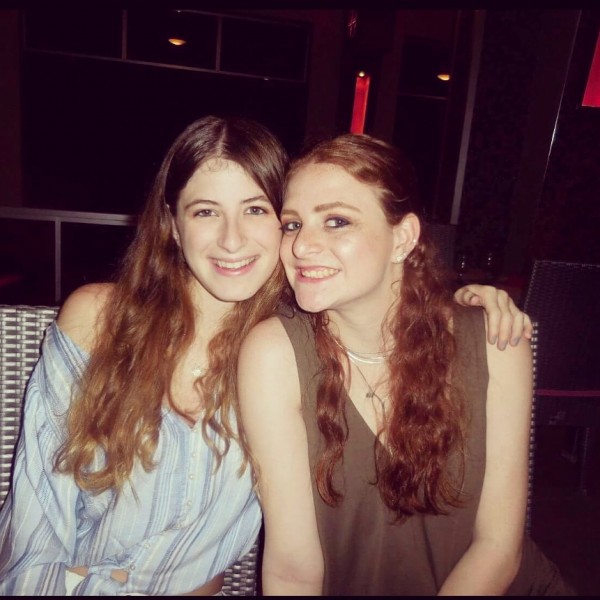 “Have you ever thought about having Lily tested for ADD?”

ADD? What was she talking about?

I brought my daughter Lily, a high school sophomore at the time, to see a therapist. She was having trouble sleeping and was suddenly very easily frustrated.

The therapist thought Lily had ADD. That was impossible. I knew ADD. Lily’s older sister Amanda had it.

Amanda was a clear case of ADD. I was not surprised at all when she was diagnosed. As a child, she was never able to sit still, was constantly fidgety, had a hard time doing her homework, could not focus in school, and seemed to always be frustrated.

Amanda was a challenging little girl. She was sweet and adorable, but there always seemed to be an issue – from refusing to read, to issues with friends, to poor grades – I never knew what the day would hold with her.

Amanda was finally diagnosed with ADD as a freshman in high school. From the moment she was treated, everything turned around. Her grades improved, she seemed more easy-going, and was a much happier girl in general.

I finally felt as if I could breathe. Our home was more pleasant and, as time went on, I saw Amanda becoming the wonderful young woman she is now.

Lily, just two years younger than her sister, was a completely different child. She was easy-going from the moment she was born and was the happiest little girl. She smiled all the time, had tons of friends, and actually enjoyed doing homework. Her grades were always stellar; school seemed to come easily to her.

There was a sudden change in Lily as she entered high school. She still had her straight As, but I noticed her homework was taking more time than it had in the past. I chalked it up to the challenging classes she was taking, but then I began to notice that she was procrastinating. She was not doing her work until the last minute, and was then frustrated when she did not have the time to get it done.

It all came to a head the night before her first day as a sophomore in high school. She had a summer assignment for a three-year science research class that would begin that year. She applied to take this challenging class and was thrilled when she was accepted. I had been nagging her for weeks to begin this assignment, but she kept putting it off.

Suddenly, it was the day before school and she had 24 hours to complete a project that should have been started weeks earlier.

The day turned into a nightmare. She cried and screamed in frustration as she tried to do her work. I was upset as well; torn between wanting to kill her for saving this assignment until the last minute, and knowing that this behavior was very unlike her.

What was going on?

Needless to say, the assignment was done poorly. That is when I decided that Lily needed help.

We found a therapist who, after speaking with Lily alone, brought me into the room and mentioned ADD. I was very surprised – Lily was not the same ADD picture as her sister. After protesting a bit, I agreed to explore it further. However, I was doubtful that Lily had ADD.

When Lily was tested, the doctor asked many questions, some of which were unexpected to me:

Did she lose things?

Did she have trouble with time management?

These were all things that were “typical Lily.” I never thought too much of these things because Lily was so bright and her grades were amazing. It did not seem so important that she sometimes forgot her lunch or constantly misplaced her phone.

It turned out that Lily had ADD – the same diagnosis as her sister.

How could two very different girls have the same diagnosis?

The doctor explained to me that ADD can show itself in many forms. While Amanda had more “typical” symptoms from a young age, Lily’s symptoms were masked. They were becoming more obvious as she was getting older, when she had more work and responsibilities. She couldn’t keep up.

Lily went on the same medication as her sister, with the same wonderful results. She is back to tackling her homework calmly and getting it done in a timely matter. She also seems much less stressed.

And that science research class? Two years later and that first assignment is long forgotten. She has more than proven her commitment to this challenging class.

I am so thankful that we figured out what the problem was and got my daughter the right help. I never would have discovered that Lily had ADD on my own, but the right diagnosis put her back on a happy and healthy track.

When my 17-year-old daughter came out to me
I Never Wanted to Homeschool
Is Middle School the New High School?
advertisement

When my 17-year-old daughter came out to me
I Never Wanted to Homeschool
Is Middle School the New High School?