You're right, fellow Target shopper, she is too big

“You are a little too big to be sitting in there don’t you think?”

So said the elderly woman at Target, with a chuckle and a wink, to my Isla as she sat with her knees grazing her chest in the shopping cart. I was tired. My body, my spirit, tired. The summer has been so long. I had zero make-up on but I had brushed my teeth, put a cap on to hide my unkept hair and managed sufficient deodorant swipes so I was totally winning the day in my opinion. I was heaving the suburban of all shopping carts around Target (you know, the one with the two large red seats) because apparently, school supplies don’t buy themselves. June and Major sat in the front seats and Isla was curled up in the actual cart. 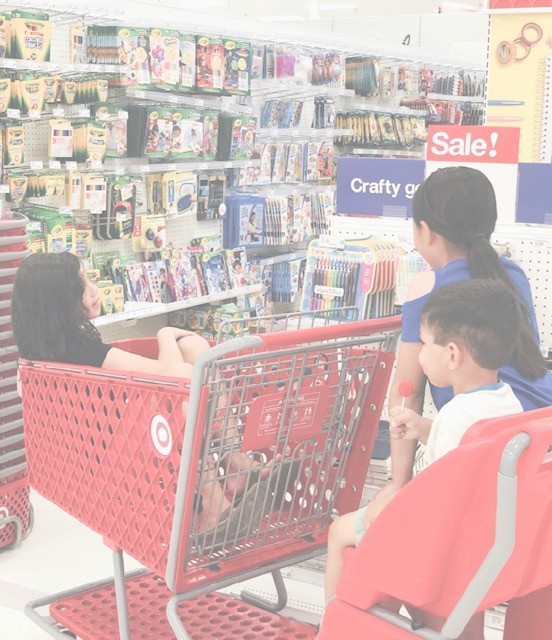 The elderly woman didn’t have an ounce of bad intention in her tone. She had no snarky face or attitude. She was simply making an observation out loud that perhaps was best kept in her thoughts.

Isla giggled. I smiled and said softly, “Yeah. Sometimes autism is a little too big for all of us.”

If I had been more lucid, well-rested, I would have shared more, but the ICEES were running low and the popcorn was being consumed as if I hadn’t fed my children in three days so momma had to keep moving.

As I drove home all three of my children fell asleep from the heat and the carbs so I pulled over and wrote what was in my heart.

You are right fellow Target shopper.

Isla is too big.

At eleven years old and five feet tall she is too big to be sitting in a shopping cart.

She is too big for me to be brushing her teeth.

She is too big for me to be bathing her rapidly maturing body each evening.

She is too big for me to be wiping her after each bowel movement.

She is too big to be having accidents because she was too distracted for just a few minutes too long to make it to the bathroom.

She is too big to have to be sending extra clothes to school each day.

She is too big to not know her colors or numbers or letters.

She is too big to not be able to read or write.

She is too big to be playing with toddler toys and preferring sippy cups.

She is too big to be eating with her hands.

She is too big to be drooling.

She is too big to be completely unable to function physically when even just slightly tired.

Isla is too big and many times that makes me so sad it physically hurts me.

Your observation was not incorrect Target shopper, but it was incomplete.

There are so many more things in Isla’s life that are too big and rightly so.

Her love for her family, too big.

Her smile, too big.

Her progress in dressing herself and initiating brushing her hair, too big.

Her incredible behavioral improvement in a classroom setting, too big.

Her sense of humor, too big.

Her love for HGTV and Food Network, too big.

Her love for music and the freedom to dance her heart out when EVERYONE is watching, too big.

Her crazy ability to remember a face and the way that person lights up when Isla recognizes them, too big.

Her gift of God’s favor in so much of her life, too big.

Her innocence and no-filter way of seeing right into the heart of people, too big.

Her spirit of a helper, too big.

Her protective presence over her little brother, too big.

Her ability to change and legitimately humble a person like her momma from the inside out, too big.

Her momma’s drive to change the world, *sigh* way too big.

Her life’s impact on a community, too big.

Now if only I could leave Target next time with a bill that wasn’t TOO BIG. 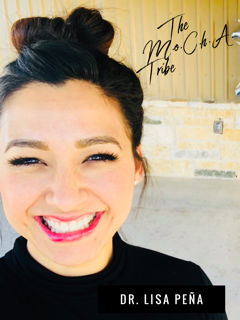 Hola! I am Dr. Lisa Peña a coach’s wife and a busy, busy full-time working mom of three. I fiercely love my family and chocolate chip cookie dough...why lie. I wear way too many hats in my life and even though sometimes I complain about that I would have it no other way. I am a rookie author but a professional mother of a child with an incredibly unique subset of autism. I am the founder of The M.o.C.h.A. Tribe (M)oms (o)f (C)hildren that (h)ave (A)utism which is a tribe of women working together to squash the idea that autism has a single story. I am also the director of The Ultimate M.o.C.h.A. Session, a one-day retreat for special needs mommas, and the co-director of the weekend long Labeled and Loved Retreat. I have big dreams of changing the whole wide world but most days I have to settle for working to change my daughter’s world and the tiny section of the world that directly surrounds my family.

M.o.C.h.A. Two - It Takes a Village
To Mommas with Special Needs Children on Mother's Day: "Great Hope"
The dangers of oh-so-subtle ableism
advertisement

M.o.C.h.A. Two - It Takes a Village
To Mommas with Special Needs Children on Mother's Day: "Great Hope"
The dangers of oh-so-subtle ableism